A Couple Of Rockers: Gothic Tropic - Self Talk 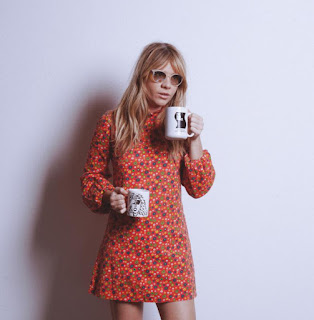 The brainchild of Cecilia Della Peruti, Gothic Tropic keeps the vibe playful and punchy, bringing audiences into a new era of female rock nobility, nodding to stars like Debbie Harry, and Chrissie Hynde.

Delivering a blend of Richard Lloyd and Nile Rodgers on guitar, Gothic Tropic's Della Peruti has won sponsorships with Fender, and leading pedal manufacturers, and works professionally as a touring and session player for Charli XCX, BØRNS, and more.

'Stronger' has something of a classic indie rock meets power pop, feel to it. Punchy drums and bass lines drive the song forward with pace, and the vocals and guitars dance melodically above. Good song! 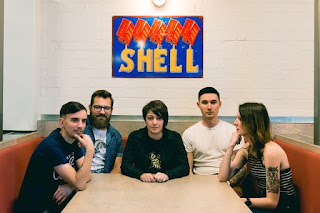 Background promo - Surprise! The talk of the town, Melbourne’s Self Talk have dropped a short sharp single 'Clean Washing' ahead of their upcoming debut EP.

The fresh faced five piece had a lot of eyes on them in April when they released single 'Hypocrite'. Drawing praise and high fives from the blogosphere as well as radio lords triple j, not to mention sharing bills with the likes of Luca Brasi and Ceres. On the back of this success the band are pleased to announce their debut EP Seeing What I Want to See due June 18th, with a new single available right now.

'Clean Washing' is Self Talk's catchiest crowd pleaser yet, blending gripping hooks with tight instrumentation and disarmingly honest lyrics. Coming in at a tidy two minutes thirty it's an abrupt mosh anthem set to throw crowds into an joyous uproar at their EP launch on June 18th.

'Seeing What I Want to See' EP launch at The Grace Darling Hotel June 18th.

We featured Self Talk not that long ago and then along comes a nice surprise in the shape of  'Clean Washing' the new single. Last time around we said they were “Catchy as hell and buzzing with energy”. This time I would just repeat the diagnosis and add that the band just keep getting better, this is a sparkly no nonsense rock song, just what the doctor ordered...