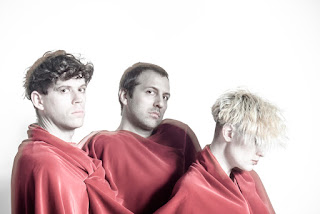 The record explores power and weakness, birth and decay, love and abandonment, beauty and abrasiveness. Narrow Birth refers to both the fragility of life and the complete and utter randomness that we, as humans, even exist on this planet in the first place. It exposes the naked realities confronting us all: "here is me, and there is you,  so now what?
LP, CD, Digital, CS Release Date: June 3rd, 2016

The song 'Evan Evan' is a mixture of shoegaze and dream pop sounds. It's only one of two songs I have heard from Pale Dian and my initial impression of their music, is one of a band with plenty of original ideas and highly creative music. Similarities may be there, that's a little difficult to avoid in such defined genres, however the band come across with energy and a passion for their craft. 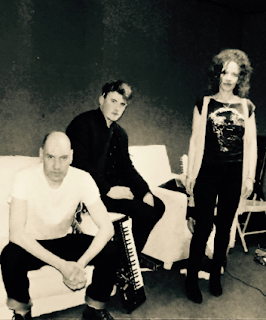 Background Info - Not long ago after their reformation, pioneering dream pop outfit and legendary former 4AD artist A.R. Kane have announced they will be playing multiple shows this summer. Coining the term 'dream pop' for the music they make back in the 1980's, the group went on to influence everyone from My Bloody Valentine and Slowdive to Andrew Weatherall - whose long-running night A Love From Outer Space derives its name from their seminal 1989 track, and also were an important progenitor of such genres as shoegaze, trip hop, acid house and post-rock.

They will be playing Soup Kitchen in Manchester on Monday, May 23. This will be the first time an A.R. Kane line-up has played a non-festival headlining show in about 22 years (the last ones being at CBGBs in NYC and at Hammersmith, supporting David Byrne) and their first in Manchester since playing Manchester Boardwalk in 1987. This is also the first live performance this year, arriving ahead of their slot at Primavera Sound Festival in June and The Good Ship in London on July 13.

Last summer, A.R. Kane made several festival appearances with the new line-up featuring original 'Kaners Rudy and Maggie Tambala, as well as a new member - Andy Taylor. In their coming festival repertoire, they will be performing classic A.R. Kane songs, alongside a handful of new songs. Apart from that, they will also be recording new material for release in 2016.

A.R.Kane are featured primarily as they have live dates coming up ( including Manchester tomorrow), and it's a good enough reason listen to one of their fine songs. Featured track 'Green Hazed Daze' does exactly what it says on the label, it's dreamy, hazed and kind of dazed. 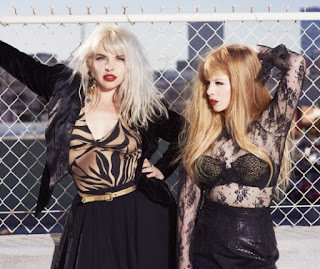 Background promo - Autodrama sees Puro Instinct return to their roots, telling the story of a youth spent in the decay of Hollywood. “The infrastructure of Hollywood that people have known for years is this inflated egotistical, hedonistic wasteland,” says Piper. “There’s an awareness of our responsibility to create more meaningful works of art that don’t satisfy the immediate thirst of Hollywood popcorn. Lyrically, one of my goals is to get into that psychology, to push myself to talk about all the things that hurt me about living in Hollywood. I’ve never allowed myself to play along because of my values, for better or for worse. What we’re going for is pop music to not be about vanity and wealth, but still pop music nonetheless.”

For Skylar, the album’s recording coincided with her graduation from LACHSA. “As soon as I was out of school, I found that I was inspired by sound in an entirely new way,” Skylar says. “We decided to spearhead the production of the record ourselves and it was interesting how the arrangements helped convey aspects of ourselves that weren’t easily expressed through language. I was drawn to the spatial relationships between the sounds, the warped rhythms, the melody ideas. It was important to produce everything in a way that felt allencompassing, like peering into a diamond of our truths, recollections, worries, fantasies.”

The results are a purified, more self-assured Puro Instinct. Featuring instrumental performances by Ariel Pink, Franco Falsini of Sensations Fix, and Richard “Sax” Ross, Autodrama is not only lush, but danceable. Skylar’s guitar skills have been given the room they need to create the shimmering planes and ringing angelic textures they always needed. “Six of Swords” is spacious, space-age pop, like Kylie Minogue in zero gravity—but with cryptic, vulnerable lyrics not usually imbued in pop music. “We’re using the vernacular of pop,” Piper says, “but with our values and our soul.”

'Tell Me' is a taster for the forthcoming album 'Autodrama' and a chance to announce that Puro Instinct will be opening for Fear of Men on tour this Summer (dates above). The song is catchy and melodic and a fine tease for the album due in late June.