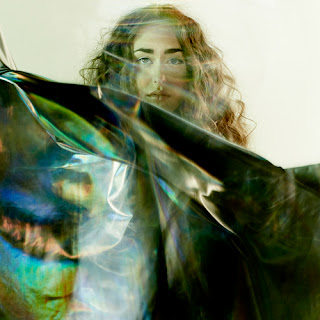 Background Bio - Nashville musician Fleurie has released her latest single, "Breathe," a surging track that builds from sparse piano and breathy vocals to pounding drums and crashing strings. In the past year, Fleurie has released four singles and her EP Arrows, which received widespread recognition.

Growing up in Canton, MI, Lauren studied classical piano from an early age, and later developed her love of music while attending school in Australia. Once she moved to Nashville, her professional career as a songwriter began to take shape. With the help of producer Matt Stanfield, and the mixing work of Dave Schiffman (Haim, Charli XCX, Brandon Flowers), Fleurie's recent Arrows EP came to life. Most recently, Fleurie traveled to Stockholm, Sweden to perform at the Royal Swedish Opera with members of the Stockholm Symphony. The experience blended her classical background, with Fleurie's modern electronic/pop sound.

We featured Fleurie last August, commenting at the time on her delightful vocals. 'Breathe' is where we take up her story again, and it is one impressive song. That the song builds and builds is an understatement, it goes from light to epic and with considerable style. 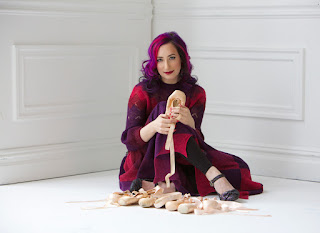 Sage has been leading up to the album release with a string of song premieres including "I've Been Waiting", "Heaven (Is A Grocery Clerk)", "Loreena", and "Try Try Try", which is currently at #50 and climbing on the AC Top 200 chart. A soulful vocalist and innovative multi-instrumentalist, singer/songwriter and producer Rachael Sage has become one of the busiest touring artists in independent music, performing 100+ dates a year with her band The Sequins throughout the US, UK, Europe and Asia. She has earned a loyal following for her dynamic piano playing, delicate guitar work, soulful vocals and improvisational audience interaction.

'Loreena' is a lovely song and an excellent sampler for the new album 'Choreographic'. The release is made up of twelve self penned titles and personally I think each one is a gem. Described as chamber pop, I think her music goes wider than that, and it's the attention to detail that really gives Rachael Sage considerable edge. 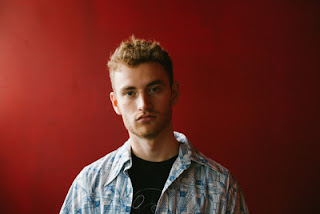 Background promo - Prodigious 21-year old South East Londoner Tom Misch announces his first live EP “Reverie” and that it will be released 15th July through his own label Beyond The Groove. Today he shares the first cut “Watch Me Dance”.

Tom’s new EP is an intrepid and invigorating adventure in sound, bursting with inventiveness. Taking the musical ingredients of J Dilla style beats, John Mayer- esque guitar lines, and free jazz - then putting them all through his very own musical blender. “Reverie” is the most definitive moment of his career to date, foreign and colorful arrangements will entice even the most casual listener. “The reverie EP is a result of me wanting to take slightly more of a role as a songwriter and singer. It's the first release I sing on every track and hopefully indicates the direction I want to go for my debut album,” says Tom about his new EP.

Tom’s success thus far can be partly attributed to the dedicated fan-base he has built single-handedly, evidenced by his 200+k online followers and the frequency with which he reaches the Hype Machine top position. Tom’s previous releases Beat Tape 1 & 2 which he made while still in school are a combination of beats and more fully fledged songs which find the sweet spot between electronica, hip-hop and acoustic. Beat Tape 2 has had over 150 plays on Beats1 and over 10million plays on Spotify continues to find new fans across world and is now available on vinyl. Tracklisting: 1. Crazy Dream feat Loyle Carner, 2. Follow feat Laura Misch, 3. I Wish, 4. Watch Me Dance.

'Watch Me Dance' has already clocked up thousands of listens in the first few hours. That's hardly surprising given the previous success Tom has enjoyed, however at the end of the day it's about the music, and this is such a delightful and pleasing song. EP eagerly awaited!