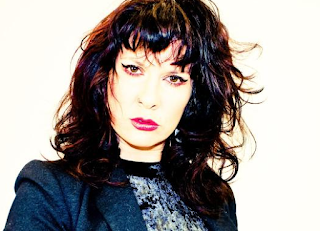 Background bio - VanDeRocker is a Los Angeles based indie-rock project led by lead singer and guitarist, Adrienne VanDeRocker. Raised in Austin, Texas by a family of classical musicians, Adrienne got her start in music playing piano. She was always more captivated by the music of Bowie, Prince and Kate Bush and quickly began writing her own songs on guitar. By the age of 12, she was sneaking in to local bars to perform with her older sister's band and had eventually decided to pursue a music career of her own.

After exploring the performance scene in Seattle and New York City, Adrienne relocated to Los Angeles where she developed the five-piece alternative rock band, VanDeRocker. Recording with talents like Chris Chaney on bass (Jane’s Addiction, Alanis Morissette), Tim Pierce on guitar (Bon Jovi, Rick Springfield), and Jamie Muhoberac on keys (Backstreet Boys, The All-American Rejects, The Rolling Stones), VDR’s latest album, Jupiter's Kiss, has been well received by fans and press alike. The song, “Cupid’s Sting” was recently licensed by AT&T. VDR has played impressive venues on L.A.'s Sunset Strip, including The Roxy, The Viper Room, House of Blues and the band held an extended residency in Silverlake. Jupiter’s Kiss is now available on iTunes and you can learn more about VanDeRocker and their upcoming shows by visiting: VanDeRocker.com.

'Fly' breathes life into indie rock. VanDeRocker delivers a feisty, upbeat and mega tight song with the vocals delivering the melody as much as the band. Short, sharp, in your face and designed to be played again. 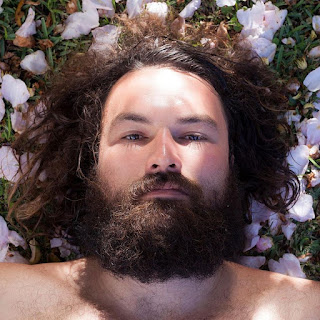 Background promo - Years of widespread regional touring have delivered Josh Rawiri’s tunes to stereos across every nook and cranny of the country - his intriguing live performances spilling out of venues and festivals from North to South. Early in his career, Rawiri gained recognition for his heartfelt song writing and powerful live performances – quickly falling into a diligent schedule of national touring. The first two singles from Rawiri’s second album Molecular Teleportation received widespread radio play across Australia (including triple j, ABC, triple R). “Follow the Road” was a #1 Blues AIRIT radio pick and reached #2 on the Great Southern Charts. The highly acclaimed film clips took out five silver Australian music film awards and aired on Rage, Channel V and MusicMax.

In 2013 Josh formed three piece band Moroccan Knights with a sound that ventured between hearty deep south surf rock and electric blues dipped in the 70’s. Moroccan Knights played a packed out debut festival and headliner shows, toured the east coast twice, had music placed exclusively as the soundtrack of 'Riptide' international summer DVD. In 2014, Moroccan Knights released “The One For You” (single). The catchy, retro-laced single received national airplay including triple j and ABC Radio National, as well as picking up numerous international TV placements.

The last 18 months have seen Josh Rawiri touring with an evolving musical mob, turning heads at popular festivals and crafting a handful of new singles for an upcoming album. Rawiri’s new single “My Call” is an alluring blend of sultry vocals and soulful rock sounds-tackling the brooding themes of temptation, trust, infidelity, touring and long-distance relationships.

“I wrote this song driving late at night, after many weeks on the road away from family. No mobile phone, my only point of contact the odd phone booth - so much relies on trust when you live two separate lives, it’s easy to let our vulnerable imaginations run wild,” says Josh on the story of the track. For the latest touring activity in 2016 visit Josh’s Facebook page. “My Call” will be released 3rd of June 2016.

Josh Rawiri presents a bluesy, soulful song with 'My Call'. From the opening chords I get the feel of a mature well practised musician, and a band who instinctively know just how to deliver any style demanded of them. This is timeless music and when performed with the passion that we have here, will appeal to rock lovers of any age group. 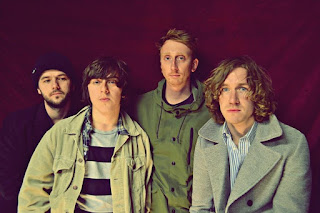 Background promo - Pouring fury on driven-alternative-indie noise, Leeds quartet NARCS create a unique blend of passionate lyrical incisiveness with powerful, spine-cracking intensity and the occasional shaman-like rantings of a possessed mad man. Following on from their dark and tense recent single ‘Pig’ the band are now gearing up to release their new album ‘A Thinking Animal’, which will be released via Clue Records (home to the likes of: Allusondrugs and Forever Cult).

Describing their sound as “guitar-centred alt-rock aimed at Tory scum”, ‘A Thinking Animal’ is a visceral attack on political apathy. It’s a passionate yet desolate onslaught on topics such as misogyny, greed, nepotism and self-loathing. However, this shouldn't be taken as en-vogue right-wing sledging or liberalism, the content is both intelligent and sincere. Speaking on the new album Joe (guitarist) said, “This album came out the way it did because we’ve always used music as an outlet for the darker stuff that we needed to vent. At the moment, the way things are, we just got drawn back to the root of our anger and frustration time and time again: the ruling class, the political class, Etonites, whatever you want to call them. In a better time, we’d never have written this album. Hopefully we never need to write another one like it.

Having said that, we are unapologetic about absolutely everything we are saying on this record. We want to see things change, we want people to feel anger instead of apathy; we’re under no illusions of being any kind of revolution leaders but we’re definitely of the opinion that music changes mood and just being able to connect your frustration to that of a band/song/lyric can make sht a bit easier to get through. Ultimately we wanted to aim this at the people who actually deserve it. There’s nothing more pathetic than artists of any type striving to seek popularity through attacking small fry.  Everyone outside of the ruling class is so busy bickering over small details that we’re still stuck in some sort of feudal system that we’ve been duped into thinking is a democracy.

2015 saw the band play Leeds & Reading Festival, Long Division, Tramlines, complete a full UK tour, whilst picking up acclaim from BBC 6 Music, Amazing Radio, Noisey and more. This year has already seen the band play the DIY stage and Live at Leeds, and Leicester’s Handmade Festival, with 2000 Trees, Tramlines and a number of other dates confirmed for later this year. As a whole body of work ‘A Thinking Animal’ is a punishing yet driving album, which mercilessly fires on all targets. It is the product of both dejection, vexation and resentment for the shape of current affairs, and is both a battle-cry and a wake-up call, which urges you to stand up with the band and scream along with them.

'Bullingdon Boys' now who could they be ? (UK folk ought to know for certain). This is gritty, determined music, that cuts out the waffle and gets to the point. Politically charged, the bands frustrations with our 'wonderful' modern society, are at the fore. Perhaps the dumbing down of so many, keeping them preoccupied with drivel, will hit home with a few more bands. Passion and gutsy rock in abundance, it's also a very good song.