Background promo - Outfitted in Dr Martens, tight jeans and glitter, Destrends are a Melbourne based three-piece quickly building a reputation as a distinctly theatrical live band with a sound influenced by early 80s post-punk. Their sound is a unique blend, reminiscent of the new wave sound of the late 70s and early 80s, with a gentle touch of gothic hysteria.

“Papa” is the first offering off Destrends’ forthcoming debut EP, which is set for release in late 2016. The Melbourne post-punk three piece have clocked up a handful of impressive gigs since forming in 2014, including sharing the stage Mark Lanegan (Screaming Trees, Queens of the Stone Age), touring with Stonefield and Apes on their recent national tours, supporting Aussie icons Hoodoo Gurus, and performing at King Gizzard and the Lizard Wizard’s inaugural Dawn of Gizzfest.

Recorded by Finn Keane at Head Gap Studios, “Papa” is loud, fast paced and aggressive whilst maintaining pop sensibilities. The track is characterised by a jagged and catchy guitar hook, and the listener is confronted with deep and compelling vocals. The song narrates an honest guilt and desperate plea for a father’s forgiveness.

“The song is about the time I ruined family Christmas”, said lead singer/bassist Matt Savage. “It’s also about finding your identity and learning when to shut your mouth”. “Papa” will be released 15th of July 2016.

With a strong riff delivering upfront vibes, 'Papa' comes across as a timeless new wave song, with something quite goth like about the vocals. It may have something of a retro feel to it, however it's also fresh and very catchy. 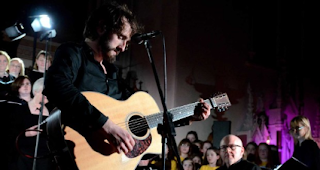 Kolumbus - I Hope You Find Happiness.

Background promo - Irish singer-songwriter Kolumbus has announced a new single ‘I Hope You Find Happiness’ from his forthcoming debut EP 'Give Them Life' on the back of an enthusiastic reception for the first single 'Leave The Light On'.  Kolumbus is a musical project representing the solo journey of Irish songwriter Mark 'Cappy' Caplice. ‘I Hope You Find Happiness’ was written as a lament regarding the droves of Irish people that left the country to find better lives, while looking forward to happier times. "They had to leave family, friends loved ones behind to fly half way across the world. So many of my own friends and close family were among them and I saw first hand how difficult it is, both for those who leave and those who stay," explains Kolumbus. "I would never hold it against anyone for leaving. Life is too short to dwell on anything."

Earlier, Kolumbus' Christmas single 'You Know It's Christmas' hit the No.1 spot on the Google Play Music Charts and Top 20 on iTunes, ahead of heavy hitters Adele and Justin Bieber, with all proceeds goint to Inner City Helping Homeless and Baltinglass Lions Christmas appeal. That song also features the West Wicklow Voices and Chorus Kids Choir. Born in Kilkenny, Ireland, at a young age Mark Caplice moved to Wicklow, where he still resides. His performance name Kolumbus derives from the fact that he has always had a passion for travel and exploration, even from a young age. The 26-year-old believes life is too short to dwell, so his philosophy is to lead an active life.

Kolumbus was also influenced by artists such as Ben Howard, Elbow and Fleetwood Mac. His output exhibits clever craftsmanship both lyrically and melodically, blending several different styles to create his own unique brand of energetic captivating music. Of course it helps that this track was produced by Gavin Glass, the music director for John Carney's new film "Sing Street", and engineered by Scott Halliday, previously a guitar tech with Prince and James Vincent Mcmorrow. Several other notable musicians make contributions here: drummer Graham Hopkins, who plays with Irish folk legend Glen Hansard, and organist Conor O'Reilly, who has recorded with U2 and has had his music performed in Carnegie Hall.

2016 is proving to be a very busy year for Kolumbus, having already toured through Germany and Austria, travelling over 4000 km on 2 planes, 17 trains and 1 bicycle. This year, Ireland, England, Germany and the U.S.A are all set to figure on his tour schedule.

Well the Irish have always been adventurous in travelling, and settling in far off places, and the song 'I Hope You Find Happiness' is a melodic and sincere song that may have been written as a lament, but Kolumbus has such an infectious voice, it also sounds like an upbeat celebration. 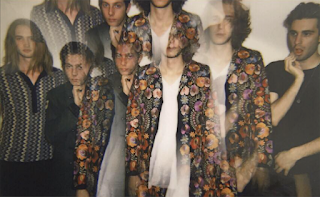 Background promo - “Electric U” may derive its inspiration from the disco days of yore, yet in doing so Kid Bloom creates a thoroughly refreshing entry into the world of contemporary music. With the popular trend of musical sound leaning towards dark electronic trap, the jovial horns and violin strings of “Electric U” remind us that music is at its heart layers of instrumentation, or as the band lovingly calls it, “glittery arrangements.” Kid Bloom (a young quintet) says the new track is incredibly fun to play live -- though such is easily inferred from the infectious groove of the pop/disco blend. “Every time I need my fix, I can get it,” repeats Lennon Kloser through the song’s chorus, a sentiment fans will hope is true for them as well, as they clamour for more material from the promising new band. Kid Bloom's upcoming single, Electric U, will be featured on the soundtrack for Independence Day: Resurgence, the sequel to the 1996 blockbuster starring Will Smith.

Kid Bloom is a L.A. quintet engaging in lovingly warped, sneaky-smart psych-pop. They’ve recorded an EP’s worth of tunes at an Atwater Village studio that feel like the ’60s and ’70s in a fun house — theirs is an arty approach to composition, deconstructing and reassembling pop elements seemingly on a whim, judiciously subtracting where others might pile on and shifting tempos and moods like jazzmen. The music is the work of singer-guitarist Lennon Kloser, along with singer/guitarist/keyboardist Jesse Perlman and drummer Josh Conway (both of whom played with Dreamers Dose) and Englishmen Will Reynolds (guitar/vocals) and Max Sterling (bass). There’s no tidy genre that fits Kid Bloom, unless you count the category: Now That’s Different, Is There More?

'Electric U' has a gentle funky feel to it, with vocals that echo a calm summers day where laid back moods come into there own. The band have a natural feel, delivering soulful tight music, and yes as hinted at above, slipping in and out of genres at a whim. 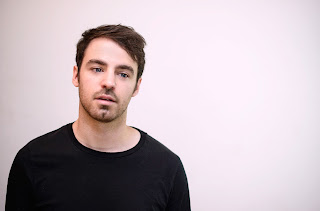 Background promo - Armed with a newly minted name and an ever so slightly cynical outlook on international copyright claims, Melbourne man about town Slowcoaching (formerly Slowcoach) rivals musical euphoria with impressive results. Recognising his feats, Slowcoaching aims, and invites you, to relax and float away with his music.

New single, 'Night Fiction' has been garnering wide critical acclaim from reviewers and radio hosts around Australia and internationally. Ready and willing to bring 'Night Fiction' to its prime potential, Slowcoaching is pleased to announce a single launch, and consequently, his debut headline show at Melbourne's Boney, Friday 1st July.

Constructed in a perfect dream-pop atmosphere, 'Night Fiction' pairs sweeping melodies and transcendental instrumentation challenging his contemporaries such as DIIV, the War on Drugs and the Strokes. Together, it produces a brilliantly measured track and an intelligent step forward for Slowcoaching (better known as Dean Valentino to his parents).

If you were asked to define dream pop 'Night Fiction' would lend a mighty hand. It's bright and breezy and awash with dreamy hazy feelings. Melodic, infectious and full of hooks, it's getting well deserved attention..