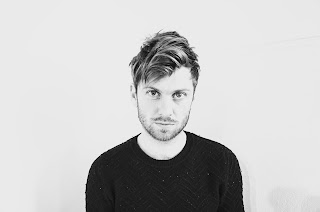 Matt Sellors - Blinded By You.

Background promo - Well-known for previously fronting Bristol-based band Yes Sir Boss, and sharing stages with multiple award winning artists Joss Stone, Cee Lo Green, Madness and Paloma Faith to name but a few. Matt Sellors has now launched a solo career and tipped heavily as one to watch from many industry insiders, including BBC Introducing. His debut single comes ahead of his much anticipated Secret Garden Party Performance.

Matt’s instantly infectious and catchy Debut single, Blinded By You, is a deeply personal and emotive song married to a feel good vibe and upbeat tempo that makes it an easy world to dive into. Often vocally compared to Paulo Nutini, Eddie Vedder (Pearl Jam)and Kings Of Leon, his distinct deep and rich voice is disarming and soulful and totally not what you would expect. Blinded By You has all the hallmarks of a hit including a hook line that you will find yourself whistling everywhere you go.

Matt Sellors hugely likable and distinct vocals, are going to carry even an average song, however 'Blinded By You' is far more than that. Melodic, totally catchy and an absolute foot tapper, pretty much sums it up for me. 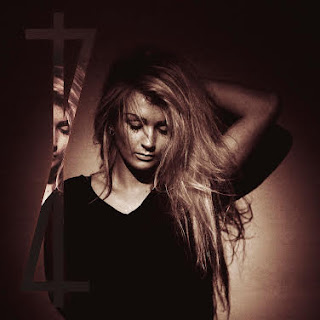 Background promo - Inspired by Joni Mitchell, Leonardo Da Vinci, Frank Ocean, Frederic Chopin, Esperanza Spalding, Nina Simone, Lauryn Hill and Keith Jarrett, it is fair to say that London born singer/songwriter Izzy Flynn is not an artist who can easily be boxed. Having trained in jazz at Leeds College of Music, Izzy’s own style is a fusion of the freeform musicality of her learning and the structural accuracy of Da Vinci’s body series.

Alongside the Abstract Orchestra - an all-star Hip-Hop Big Band made of the finest musicians in the UK that have recorded and toured with the top acts in the world (Amy Winehouse, Jamiroquai, Submotion Orchestra) – Izzy Flynn has performed around the world. Most recently they supported Mos Def, De La Soul and Afrika Bambaataa.

Primarily influenced by Electronic, Jazz and R&B styles, with rich harmonies and memorable melodies, Izzy Flynn’s dark, alluring, current sound has been likened to that of James Blake, Banks and FKA Twigs. Akin to the aforementioned, Izzy Flynn curates every aspect of her creative output. Not just a singer/songwriter, she takes inspiration from her icon Joni Mitchell, and realises that an artist is someone who is aware of a project complete. While she writes both the music and lyrics, she also performs all keyboard, synth, lead vocal and backing vocals herself. She is heavily involved in the music production and her own artistic styling.

‘Gracious’, draws heavily upon Izzy’s love of electronica.. A slightly more produced sound than her debut ‘Medicine’, this is an exercise in technical ability as much as artistic merit. Led by an intricate, analogue style arpeggio; the track dips and builds with emotive breakdowns and soothing vocal harmonies.

There is a whirling synth that launches 'Gracious' and then Izzy Flynn lowers the pace with her atmospheric and sultry vocals. The mixture of fine vocals and a cleverly layered soundtrack makes for good mix and a fine song. 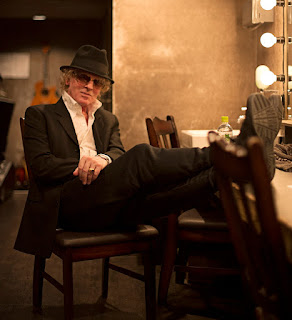 As leader of ‘70s British rock legends Mott the Hoople and as a hugely influential solo artist, Ian Hunter is widely revered as one of rock’n’roll’s most compelling performers and one of its most articulate songwriters. As author of such immortal anthems as, 'All The Way From Memphis', 'Once Bitten, Twice Shy' and 'Cleveland Rocks' and the voice of such landmark albums as, 'All The Young Dudes', 'Mott', 'Ian Hunter' and 'You’re Never Alone With A Schizophrenic', he remains a hero to fellow musicians and fans around the world.

The compositions on 'Fingers Crossed' see Hunter covering typically wide-ranging subject matter.  'Dandy', his fond tribute to David Bowie reflects on a relationship cemented in 1972 when Bowie produced Mott’s album All the Young Dudes and provided its hit title track. “I think ‘Dandy’ might be my favourite track on the album,” Ian admits “I like the line – ‘and then we took the last bus home’. David was an incredible artist with an insatiable curiosity for everything.”

Yes that Ian Hunter! Ive been a Mott The Hoople fan since my early teens and 'Dandy' is a wonderful song that demonstrates Mr Hunter can still deliver the goods. I can't wait to hear the new album, in the meantime it's time to hit memory lane and an extremely good back catalogue of music.