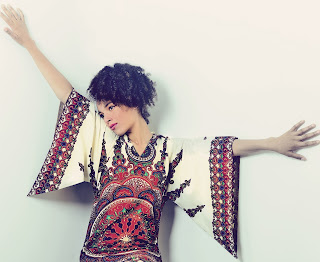 Background promo - Gaining BBC Radio 1 play with your debut single release is a pretty astonishing boost for anyone, but 20 year old Welsh/Bajan artist Kizzy Crawford, is not one to rest on her laurels. Her solo career began just three years ago and she is on a mission - a mixed race Welsh speaking artist proud of her background and determined to make her mark by fusing bilingual soul-folk jazz. Kizzy’s already getting national recognition for her work; in addition to airplay on Huw Stephens show on BBC Radio 1, she’s had plays on BBC 6Music, BBC Radio 4, BBC Radio 3, BBC Radio Wales, BBC Radio Cymru as well as live TV performances on S4C, Children in Need for BBC 1 and the 6 Nations advert campaign.

Not surprisingly, she was won awards too,-the 'Brwydr Y Bandiau' at the National Eisteddfod 2013 and a Welsh Singer-Songwriter competition receiving money to record her first EP 'Temporary Zone' with Amy Wadge (Ed Sheeran co-writer). Over the last three years, Kizzy has developed an increasing sophistication to her songwriting and performance, which is complimented by her soaring voice that boasts both range and charisma. Her forthcoming double A side single release showcases her writing and performance to perfection. In 2014, Kizzy signed to publishing company BDi / Bucks Music and she was then selected as a BBC Horizons 12 Artist which included the opportunity to perform a live session at BBC Maida Vale. Kizzy was also a featured artist with Gwilym Simcock for a BBC Radio 4 music programme and she was invited to perform on The Verbs ‘Young Talent’ programme for BBC Radio 3.

Kizzy is the youngest singer songwriter to have her work selected for ‘set pieces’ for the Welsh examining board (WJEC) for their A Level Music syllabus, for the year 2016/17. Her compositions will stand side by side with Gruff Rhys, Super Furry Animals and the Manic Street Preachers and will include the songs Gerridae and Jungle, which was released on August 26th 2016.

'Gerridae' demonstrates just why Kizzy Crawford has been getting noticed in the UK. The featured song reminds me in part of earlier Maria Muldaur material, not so much in the composition, but that there is a sense of playfulness, and real personality shining through. The accompanying song 'Jungle' confirms further that Kizzy does not sit in any particular genre, which is absolutely fine, especially when the music is this good! 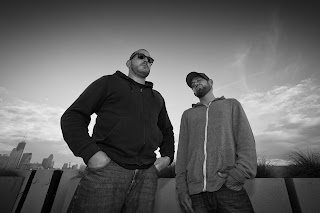 Background - Dirty Sole is the dynamic indie electronic group formed in 2001, rooted from the storied & significant musical history of their hometown, Chicago. It didn’t take long to get noticed, as their first release was signed by dance music pioneers Derrick Carter & Luke Solomon for their Classic Music (UK) label. The record went on with multiple chart placements, alongside the icons of the era, Basement Jazz & Roni Size.

The duo followed with a string of releases and global hits that saw their unique blend of house, funk and techno appear on labels such as Yousef’s Carioca imprint (UK) and Phil Week’s Robsoul Recordings (FR), and leveraged their forward-thinking sound with major brands like Nike & Toyota.

The pair has since been head down in the studio at work on their latest single featuring a remix from DFA’s The Juan MacLean, and their sophomore album, FWD Motion. Still keeping their eyes and ears looking towards the sounds of the future, the new LP marks a crisp beginning, blending elements of electronic, synth pop, dance, and hip-hop with featured artists Lyrics Born, Foremost Poets, Jon Von Letscher and James Curd.

With melodic and quite powerful vocals 'Owning It' thumps along with a creative and intricate electronic background. Indeed the vocals are well up in the mix and drive the song along as much as the rhythm, all of which makes the album due in December, one to keep in mind. 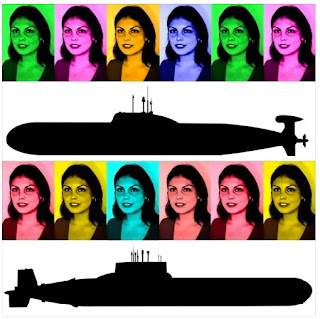 Background - Mercy released her new single a couple of days back, “Depth Charges.” It is a love song with a submarine warfare theme. Yes, that’s right: submarine warfare. “It’s a playful song about watching and waiting to be noticed by the one you love,” explained Mercy. “That translates in the song to lurking below the waves in a submarine.”

“Depth Charges” comes on the heels of Mercy’s five-song 2016 “Mercy EP” that showcased the Brooklyn-based singer-songwriter’s beautiful, soulful voice and unique style: “I think people will enjoy ‘Depth Charges’,” said Mercy. “It’s a fun song, but with attitude too.  Folks who liked the ‘Mercy EP’ will feel right at home with this new song.”


I'm all for imagination and different ideas, and a song like 'Depth Charges' ticks those boxes. Add in some fun and for me, your on to a winner. Musically understated the song skips along with Mercy's vocals charming their way into my ears. 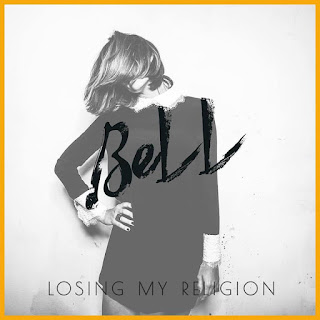 Background - Originally from Tyler, Texas, BeLL’s career so far has consisted of writing for other artists, including Natalie Imbruglia & The Script’s Danny O’Donoghue, & having songs in the media including a Volkswagen Super Bowl commercial & TV shows like Vampire Diaries & Pretty Little Liars. Now residing in Los Angeles, she learned the ropes behind the scenes collaborating with heavy-hitter producer/songwriters like the renowned Giorgio Moroder (Daft Punk) & David Hodges (Kelly Clarkson, 5 Seconds of Summer). In the meantime, BeLL volunteered as a keys instructor at LA's Rock n' Roll Camp for Girls & at Awaken Arts, teaching songwriting to at-risk youth girls.

Known for her live shows consisting of all-female musicians, her upcoming cover of REM’s “Losing My Religion” was a collaborative effort between BeLL & AG, a female producer known for the recent haunting rendition of Ciara’s cover of “Paint it Black&r dquo; featured in Billboard & Rolling Stone. “Having an all-female crew for the music video was icing on the cake. It created a safe space for the actors to focus on the art & message behind the song and be completely raw rather than focusing on sex appeal,” BeLL recalls. The editing for the video was completed when the horrific shootings in Orlando were announced, thus prompting BeLL to decide to donate a portion of the streaming proceeds to the National Center for Victims of Crime. “The song took on a much deeper meaning then. It’s heartbreaking when people distort & use religion to justify violence & malevolent hatred.” BeLL is excited to share her interpretation of REM’s song with the world.

'Losing My Religion' is such an iconic REM song, that you have to take it in a different direction, if you are going to cover it, which thankfully is exactly what BeLL has done. It's not only a slower version, there is a more sultry vocal feel, and the music takes on a darker, marching anthem manner. Whilst it's hard not to 'hear' the original, this really is a good reworking. 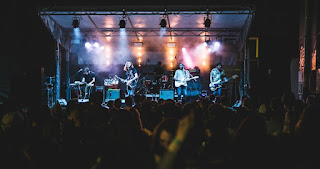 Background - Sydney based 5 piece, Australia (the band, not the country) have this week announced a run of tour dates around their upcoming Bigsound appearances and in celebration of their new single ‘Breathe In’ and it’s accompanying video.

‘Breathe In’ is the most recent single to be taken from the band’s debut album ‘Portraits of People, Places and Movies’ which they released independently in early 2016. Toeing the lines between pub rock and new wave, the music of Australia is fearlessly imaginative, undeniably danceable and yes, quintessentially Australian. Front man Guy Fenech’s melancholic howls are matched by his subtle baritone croon and punctuate the pulsating synths and angular guitars.

In the spirit of their name, which conjures an echo of the 1980’s Australian pub rock scene, the band’s live show is raw and immediate, cheeky and charming – oscillating between hypnotic driving indie rock and lush cavernous synth pop while overwhelmingly characterized by a group whose genuine love for playing live (and each other) is infectious to no end. It is no surprise then that Australia have been invited to showcase at this year’s Bigsound music conference in Brisbane.

'Breathe In' is the latest single from the ‘Portraits of People, Places and Movies’ album, and it typifies the quality, power and imagination this band have. It's a driving rock song, where each member of the band comes across as commited to grabbing your attention, with energy and natural, refined rock'n'roll.