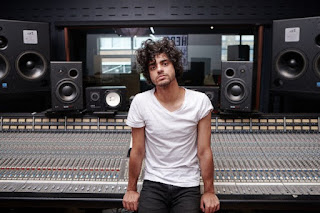 Background promo - With a strutting bass line, velvety vocals and thunderous guitar riffs, the three-and-a-half minute epic sounds like it was written and recorded with the sole intention of being blasted from stadium speakers. The track premiered on triple j’s Good Nights With Linda Marigliano show and has since been added to high rotation on triple j. 'Power' is the first single Harts has released since partnering with Dew Process / UMA last month.

Harts – the brainchild of musical polymath Darren Hart – has already had a huge year following the release of his latest single ‘Peculiar’, which has ruled the airwaves over at triple j and been on regular rotation since its release in March. He has since been touring non-stop both locally and internationally, recently returning from a successful tour of the UK and Europe, including a slot on the Pink Pop Festival in the Netherlands.

In Australia, his outstanding live reputation is already cemented, having wowed the audiences of Splendour In The Grass, Groovin’ The Moo, Byron Bay Bluesfest, and Falls Festival to name just a few, and he returned to the main stage at Splendour last month. 'Power' is available to buy/stream now via Dew Process / UMA.

'Power' has a funky feel, driven by a potent bass line and a rich musical soundtrack. Add Darren Harts really cool vocals and you have one superb funky rock song. 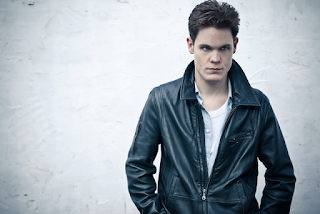 Background -  Irish singer songwriter Pete Gardiner unveils his new single ‘Pretty Smiles’  along with a cinematic video inspired by 50’s Film Noir, set for release via NUA Entertainment on 2nd September. The visuals are the testament to the young artist’s love for retro, shot in a 1920’s bar in Manchester by award-winning video director Alex Taylor, the video narrates the story of a young bartender who falls in love with a ghost. Resembling a young James Dean, Pete Gardiner shows off his acting and dancing skills in what is his first professional shooting experience.

Fresh  from  the  success  of his debut single ‘All These Things’  - released earlier this year and supported by the likes of Robert Elms and Radio 2’s Janice Long, and crowned with a ‘Track Of The Day’ feature on Record Of The Day, the talented songsmith has been building a steady following of fans by performing his music across the country.

Pete Gardiner’s recent collaboration with Pól Brennan of Clannad, saw the young artist performing the theme music for the Irish movie ‘Property of The State’ alongside the legendary Irish composer. A powerful drama based on a true event that shocked Ireland in the 1990’s, the film tells the story from the eyes of the sister of a young man who committed murder and deals with the devastating effects of mental illness and domestic abuse. Pól Brennan composed the full score while the lyrics for the closing theme, ‘From Over The River,’ were written and performed by Pete.

‘Pretty Smiles’ is taken from Pete’s forthcoming debut album produced by Mercury Prize winner Tommy McLaughlin from Villagers. The album is due for release later this year and mixed by hit maker Ash Howes - who worked on singles for Ellie Goulding, One Direction, Kylie Minogue and Dido. With a debut album in the pipeline for the end of the year, ‘Pretty Smiles’ continues to cement Pete Gardiner’s position as a bonafide songwriting talent.

'Pretty Smiles is a powerful and beautifully produced song, from singer songwriter Pete Gardiner. There is a maturity and level of quality here, that I would expect from someone with a much longer track record in the music business. The forthcoming album is definitely on the "must listen list". 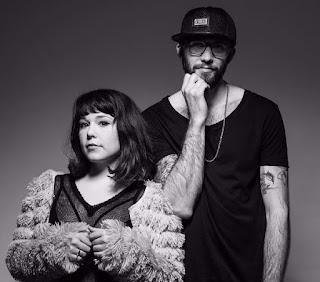 After two years of writing and performing music together, the electronic pop duo Oh My Love is releasing their debut album “Ghosts & Bubblegum” on May 6th for the world to hear. The 11-track album was written, recorded, and produced by Oh My Love in their home studio and mixed by Joe Mabbott (known for his work with Atmosphere, Doomtree, and Brother Ali). Ghosts & Bubblegum is representative of the idea that yin and yang, or two opposites can attract and become one whole entity. The duality of the album touches on humanity’s struggles with happiness and sadness, dark and light, and death and life. Without one, you wouldn’t have the other.

'ChaChaCha' really makes good use of the synths, with some meaty, deep vibes, that contrast and juxtapose with Hannah Luree's crystal and beautiful vocals. Electronic music fans really should check this song out. 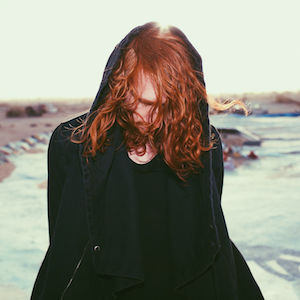 Background - Gritty South Central LA artist Yishay finds beauty in the dirt and darkness on his second release, Trinity Tapes II. Layering live rock instruments and passionate vocal melodies over tight hip hop drums and electronic production, he has etched his way in bridging the gap of organic and electronic.

Spiritual questions and scientific insights are explored in clever wordplay throughout as exemplified on the opening track "Friend Of Mine," which takes lessons from the tale of psychology poster child Phineas Gage.

Darkness and light. Organic and electronic. Spirit and science. It seems Yishay is bent on unearthing the pole that pierces through polar opposites.

Trinity Tapes II continues his three-song-free-mixtape series that demands a public eye to uncover it from the underground. Yishay seeks to overthrow genre limitations by asking listeners to avoid labels and simply see things as they are. Here's hoping we find what's really there.

Yishay tells Beehive Candy "I am a new, unknown artist so there is no point in writing up some bio - I believe the music speaks for itself". Fair enough, and as it happens the featured song 'Night Games' speaks volumes, as do the other two tracks on Trinity Tapes II. This is a mixture of genre defying, creative music, with a sense of urgency and real passion. I can't help but like all of that!