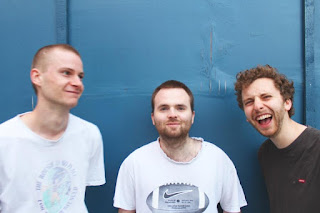 Background promo - Happyness have announced that a brand new EP, titled Tunnel Vision On Your Part, will be released this September 23rd through Moshi Moshi Records. It can be pre-ordered here. In addition, the forthcoming harmony-packed new single Anna, Lisa Calls appears here as the EP opener, with the band saying; “This is our first phone call song and our 5th song in E major. We wrote it one day in the studio in June and recorded it straight away - I think we were going for a kind of Traveling Wilburys thing. Also we felt like we hadn't put a synth in a song for a while, so there's a synth.”

The EP, which also includes recent single SB’s Truck – a track penned by the band in homage to Samuel Beckett, who famously used to give the beloved, late, 80’s wrestler André The Giant lifts to school in his truck, owing to him being too large for his dad’s car - is announced alongside a run of UK and EU dates in support of Chicago garage-rockers Twin Peaks. Happyness’ last UK stint saw them support The Dandy Warhols up and down the country.

Tunnel Vision On Your Part also provides a rare direct glimpse into the band’s influences as they offer their own interpretation of Club Gaga’s Friend Of The Revolution. Originally featuring on their Suburban Lake album, it’s a record that Happyness hold up as one of their favourites of all time, saying “Most (if not the whole) of the record is findable on YouTube. There were a few different songwriters in the band - but this one's by the great Peter Fancher.”

Prior to the Twin Peaks support dates Happyness have two special EP release shows booked in, the second taking place at London’s Vauxhall City Farm, at which they’ll play a stripped-back set to include tracks from their work-in-progress 2nd album. “Vauxhall City Farm is one of our favourite spots in London & just up the road from where we wrote most of 'Weird Little Birthday'. As part of the release of our new EP, 'Tunnel Vision On Your Part', we're adopting the farm for the evening of October 8th for a stripped back show - playing songs from the EP, and some from our upcoming second album. Tickets are available now exclusively from Music Glue & all come with a download link or limited 12" vinyl of the EP. All Ages Welcome.”

'Anna, Lisa Calls' has the feeling of a spontaneous song, that is full of fresh bright vibes. The band reference The Travelling Wilburys as an influence for the direction of this track, however there is no missing the extra energy Happyness bring with them. 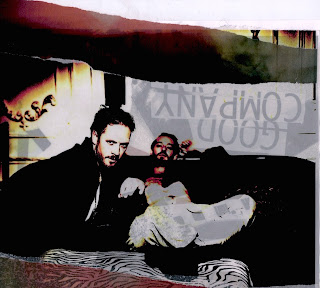 Background - Jake Meadows is a singer, multi-instrumentalist, and harpist from Sydney, Australia who recently released his debut EP Good Company featuring vocals and production from Silverchair's Daniel Johns on every track. Good Company showcases Meadows' signature sound which has been built from years of experimenting with classical harp, modern electronic techniques, and rich harmonious layers.

Written and recorded in studios across Sydney and Tasmania and a shed on the north coast of Australia, Good Company is a creative collaboration between two old friends, Jake Meadows and Daniel Johns. Meadows returned home from an inspiring trip to Spain and Ibiza to show Johns early versions of what would become a stunning debut release. "Daniel and I have been friends for years and he's always helped me find inspiration. We've always worked well together, on different projects, and this collaboration happened really organically. I showed him the tracks I had been working on for the EP and he offered to produce and be a part of the project, and we just went for it," says Meadows.

Good Company oozes with a hazy tranquility, as mellow electronic production pulses against warm, reassuring vocals and the ethereal sounds of Meadows's harp. Reminiscent of Rhye or Unknown Mortal Orchestra, "Lost Entitlement" showcases Meadows and Johns's ability to combine intricate rhythms, striking melodies, and unconventional instrumentation to deliver a celestial sound that's comfortable on the dance floor. Lead single, "Echo of Tomorrow" is a haunting and foreboding track that captures a sense of bittersweet grace not heard elsewhere on the EP. Good Company is only a small, yet outstanding, taste of what we can expect to hear from Jake Meadows in the future.

We featured Jake Meadows back in March, and did not hesitate to do so again, with the opportunity to share another song, this time 'Lost Entitlement'. This is an upbeat and danceable track, that really does boast an eclectic mix of sounds, welded together beautifully. 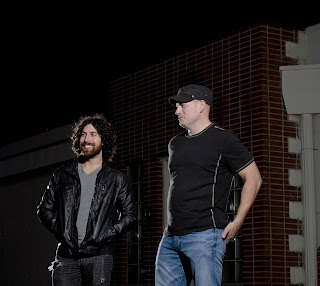 The Slang - Ballad Of Everything.

Background - The Slang is an alternative/rock band consisting of duo John Bobo and John Newsome.  Their musical talents have earned them invitations to several premier music conferences including MPMF, NXNE, and CMJ.  In addition, the sounds of The Slang have been used in various mainstream outlets including HBO, USA network, and Troma Films.

The Slang’s path is anything other than typical for a rock band.  Lead Singer John Bobo turned down becoming an FBI Special Agent in order to focus on music and record the bands debut EP.  The success of that record led to more touring and a desire to record another album.  The follow-up EP’s title (Night and Day) refers to a number of differences the band experienced since the debut EP was recorded.  The band went from a three-piece to a duo and decided to change the scenery from the hustle of NYC to the more relaxed atmosphere of Nashville, TN.  In addition, they used a number of well-known Nashville session players to fill out the more layered sound of the new EP.

The band is set to release the Night and Day EP in the summer of 2016.  Recorded at the Ocean Way Studios in Nashville, TN, it highlights the talents of songwriter, vocalist and multi-instrumentalist John Bobo and Bassist John Newsome.  The album is produced by Russ Long (Wilco, Sixpence None the Richer). The Slang will be on tour in support of the Night and Day EP starting in the fall of 2016.

'Ballad Of Everything' is one fine alt rock song. With a powerful and superbly mixed soundtrack the vocals glide effortlessly above, with enough grit to provide that full alt rock sound.