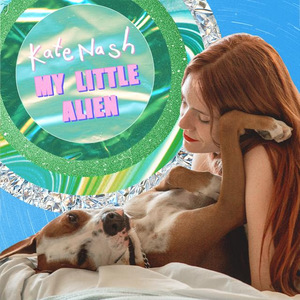 Background - Multi-talented, award-winning artist, actress and activist Kate Nash has released a brand new track and official video titled “My Little Alien.” Shot in the Californian desert and staring her very own pet pooch Stella, “My Little Alien” is a loving tribute to her rescued “fur-baby” and as the holiday season approaches, comes with a friendly reminder to “adopt not shop” when it comes to rescuing a four legged friend.

"My Little Alien" was written after a trip to Rachel, Nevada, where I saw a UFO for the first time.” Explains Nash. “I took my rescue pup on the trip and I realized she is my best friend and although I have never met an alien she is like my little alien in a way. When I rescued her from a man in a coffee shop who wanted 20 bucks to get off drugs, she saved me at a time when I needed it most. Sometimes it feels like we're both from another planet. This song is about loving the strange.”

On the video, directed by Tyler Monsein, Nash continues. “We wanted to recreate the feeling of being the nomads that we are. Neither of us quite fit into the boxes we should but when we are together it makes sense. So we got back on the road in a vintage Chinook and drove to Area 51!'”

In other news, Kate Nash has been confirmed to play Rhonda is the upcoming Netflix Original series “G.L.O.W.” Produced by award winning Jenji Kohan (Weeds, Orange is the new Black), “G.L.O.W” (aka Gorgeous Ladies of Wrestling) was created by Liz Flahive (Homeland) and Carly Mensch (Orange Is The New Black) and is a 10-episode comedy inspired by the real story of the 1980s female wrestling league. Amongst filming her Netflix Original debut in Los Angeles Kate Nash is also busy working on new music, set for release in 2017. Facebook here.

What a nice surprise to find the above promo in our inbox today! I just love Kate Nash's music and the new song and video 'My Little Alien' is no exception. Bright and sparkly, and full of good fun, it's a fine way to start a new week. 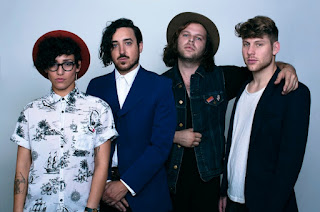 Background - Los Angeles indie-rock group Topanga have just released their debut single “Shadows”, a pulsing, toe-tapping electro funk tune that combines wistful contemplation, with the energetic spirit of the city. The song began life as a melody for a commercial spot that vocalist and keyboardist Derek Brambles was working on; however, he fell so in love with the tune that he knew he had to keep it for himself. Inspired by early childhood memories, the song blends dreamy synths, and deeply introspective lyrics that question what it means to let go of one’s memories as a means of living within the present.

Topanga was started by Derek Brambles and Eric Johnson, former members of the now-defunct group The King’s English. Both these men draw inspiration from a wide variety of musical figures, ranging from Miike Snow and Tame Impala, to Kendrick Lamar and David Bryne; however, they both reserve a special place in their hearts for Paul McCartney’s RAM and David Bowie’s Hunky Dory, going so far as to have “1971” tattoed on them to commemorate their year of release.

On February 3rd, the band is set to release their first EP, Midnight Jungle. Titled after the nickname Derek and Eric bestowed upon LA after dark, the EP was written throughout late 2015 and early 2016, and inspired by two lifetimes of experience in the strange city. They then brought the EP to their friend Mike Malchicoff (who helped engineer Kanye’s The Life of Pablo) and experimented with the right mix of sounds and synths in order to create the perfect concoction. The final result is a dreamy six-part album that both meditates on fantasies of the past, and a navigates the strange realities of the present. Facebook here.

If you're in Los Angeles, don't miss Topanga at El Cid on Friday, December 2nd at 9PM.

Rich sounding synths and a solid electro beat are at the heart of 'Shadows', however for me it's the vibrant vocals that add enough extra colour to ensure this song stands out! 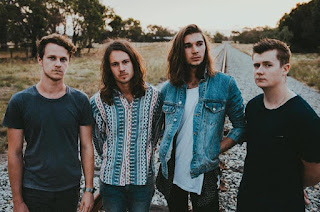 As a band that emerged just last year, Vorsen hit the ground running with the elegantly smooth track ‘Live a Little Lie’, followed by singles ‘Hurricane’ from their debut EP which reached the top 5 on triple j’s Unearthed Roots chart for multiple weeks and amassed airplay from community radio nationwide. Now on the eve of Summer comes the bands most soulful offering yet with the powerful new single ‘It Takes Years’.
Play ‘It Takes Years’

Injected with a late 60’s feel, ‘It Takes Years’ is a blend of floating keys, dreamy guitars, punchy drums and huge gospel-esque vocals. Lyrically, the heartfelt song is a glimpse into the world of an anxious and uncertain mindset, something that people need to open up about. 'It Takes Years' also provides a stunning insight into the direction of the bands sound heading into 2017. ‘It Takes Years’ is out via all good digital retailers. Facebook here.

'It Takes Years' really has captured the feel of classic sixties soul. Musically Vorsen have created a smooth and soulful soundtrack and the vocals and choir like harmonies are spot on. All of that said, there is also a freshness to the song, I use the term timeless perhaps a little to much, this track deserves that recognition.