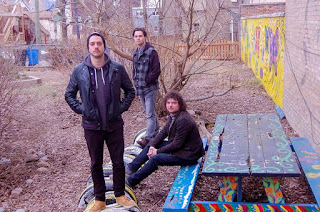 Oddity - Ghost. Background promo - Chicago trio Oddity are gearing up to release their debut album ‘Settle Down’, produced by Steve Albini. Talking of the track, the band say; “We wanted to expand on our sound and with that I thought that our production had to be different,” explain the band. “As soon as we can up with the riff for ‘Ghost’ I knew immediately that this was the sound we wanted to go for.” ‘Settle Down’ is due for release on 24th June; “Wind me up, push me around, just don’t tell me to settle down.” That’s the sound of singer Oscar Baker’s voice as it pulsates through the title track of Chicago-based alt-rock trio Oddity’s debut album, Settle Down. Guided by the prolific producer Steve Albini, who steers the band’s sound in line with his own masterful résumé, he pieces together the band’s understanding of their own history, while giving them space to envisage on their own where that history might lead them. “Why fly like a monster, when you’re moving like a dancer,” B
Post a Comment
Read more 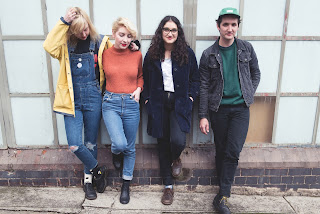 Major Leagues - Someone Sometime. Background promo - Since releasing their acclaimed debut EP in 2013, Brisbane four-piece Major Leagues have been busy touring throughout Australia with shows alongside the likes of Alvvays, Beach Fossils, Sebadoh, WIld Nothing and Wye Oak as well as local talents, The Preatures, San Cisco and DMAs. The band returns with their sophmore EP 'Dream States'. Dream States was recorded in Brisbane by local producer/engineer Miro Mackie at Plutonium Studios, and mixed in Brooklyn by Unknown Mortal Orchestra and Blouse member, Jacob Portrait and Fergus Miller from Bored Nothing. "With great pride, we're thrilled to be putting out this collection of songs that came together over the last eighteen months. It's been way too long between drinks, and in that void we've lived a world of goodbyes, fleeting romances and hard realities. Many of these stories have made their way onto this EP”- Jacob Knauth The recent singles, ‘Someone S
Post a Comment
Read more 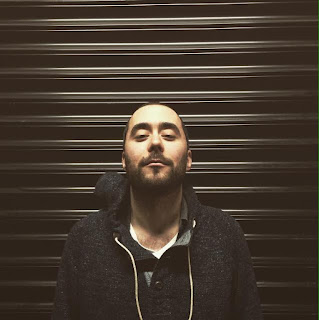 Jake Morley - Watch Yourself. Background promo - The London-born singer called Jake Morley, is no stranger to a spotlight of national & international tours, festival performances, glowing press reviews or being supported by the likes of BBC Radio 2 and 6Music. Things were once happening for him with the release of his debut album ‘Many Fish To Fry’. Many individuals were beginning to take notice, people were getting behind Jake, attended his shows, the word kept spreading and things were looking up. That was until a severe mental obsession over the follow-up album swallowed Jake whole. Lost and feeling the absence of his father, Jake withdrew from his life by entering the fearful, doubtful and dangerous inner reality. In that dark frame of mind the voices in his head were all-consuming and no song of his was good enough… Taken from the upcoming album The Manual, (3rd June on Sandwich Emporium Records) the new single 'Watch Yourself’ brings us openly straight into Jake’s
Post a Comment
Read more

Tuesday &: The Burning Hell - Of Clocks and Clouds 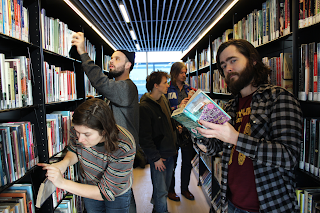 The Burning Hell - Men Without Hats. Background promo - The seventh Burning Hell album is a collection of eight short stories drawn from different sections of the bookshelf of the brain. A murder mystery rubs shoulders with a biography, while a romance leans against a prison diary. There’s a killer priest, a nameless band lost in Yorkshire, and Elvis and Michael Jackson moon walking their way into space and/or global annihilation. Despair and hope go hand in hand here, and although Mathias Kom’s song writing has never been wordier, the stories never stranger, and the band never louder, the essence of The Burning Hell remains constant: life is not really so bad, as long as you can laugh a little and you have something decent to read. The Burning Hell is the alter-ego of Canadian songwriter Mathias Kom, and the band has been on the road in one form or another since 2007, playing everywhere from festivals like Glastonbury and Dawson City to bars, living rooms, abandoned bunkers, and
Post a Comment
Read more

Monday & Guitars At The Ready: Great Outdoors - Maths And The Moon 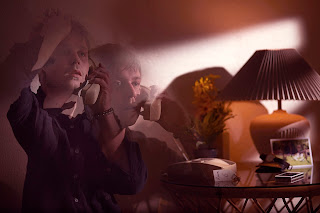 Great Outdoors - Dad's Oasis. Background promo - Guitars have been with us for so long now, it's hard to feel refreshed by them, but it still happens from time to time. With the warmth of a technicolour cartoon comes 'Dad's Oasis', the debut release from Great Outdoors. Amidst working on releases with Totally Mild, Full Ugly, Lehmann B Smith and Free Time, productive overachiever Zachary Schneider has used up his spare time to slowly chip away at a solo LP. Since the bands conception in 2011 the group have remained incredibly selfish, with no releases. Dad's Oasis was recorded by engineer/house mate Rhys Corr then mixed at Phaedra Studio's with the masterful John Lee (Lost Animal, Pikelet), the album pokes its head and shoulders above the tarpit of guitar-pop emanating from Melbourne, Australia. Rich refreshing textures swell in your speakers with a mercurial nature. These sounds all brought forth by the width and movement of Lehmann Smith's bass, t
Post a Comment
Read more

LiquidLight - You Never Remember. Background promo - Selected as Portland Oregon’s 2015 Best Emerging Alt Rock Band, LiquidLight has momentum and they aren’t stopping any time soon. Their newly released first full length album, Uninitiated showcases a band with tremendous potential as a pop-rock powerhouse. Referencing post-punk and alternative bands such as Husker Du and The Replacements, LiquidLight has been described as “melodic, thoughtful and jingle-jangly as well as shred-crazy and powerful”. Founder Anthony Medici’s catchy song writing style and lead vocals steer the tight musicianship obvious in the band. LiquidLight has managed to produce an album that is not quite like anything else hitting your ear drums lately, pursuing balance and clarity with respect to great rock tradition and a sound uniquely their own. In an age where popular culture pushes to “out-extreme” the latest and greatest, LiquidLight pursues balance and clarity with respect to great rock tradition. With
Post a Comment
Read more
More posts