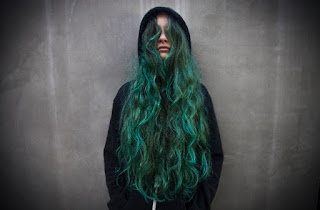 Background - Following the success of her debut single ‘Concrete Jungle’ - Ibiza born, Antigua based artist Au/Ra has released her second single ‘Kicks’. "What’s dust to you is gold to me, but we’re just different books to read - where every single chapter is another cliff hanger” rings out in the scintillating pre-chorus, with Au/Ra continuing her penchant for surrealist lyricism. Backed up by a spirited rhythm section and thick, brooding bass-heavy production - ‘Kicks’ is an alternative pop song of the highest order, carefully sprinkled with flecks of bright electronics and intelligent synth work.

Au/Ra clearly feels she’s a little different from her peers. Raised in Antigua after moving there from Ibiza at the age of 5 - she’s no doubt grown up to appreciate the small things in life. Not one to go out “chasing dollar bills” - she instead finds the excitement in her songwriting process - “when my thoughts start to rhyme, goosebumps never lie.”

Speaking on the track, Au/Ra has said: “'Kicks' is about accepting uniqueness. I find my thrills when writing songs, listening to good music, being creative or fangirling over a TV series, while somebody else might get a kick out of doing something completely different that feeds their passions. ‘Kicks' is about being okay with who you are and your differences, and owning that." Facebook here. Buy here.

'Kicks' has a deep resonating bass line and wonderfully layered electro music. The vocals add a melodic dimension, in what is a really good alt pop song that oozes feeling. 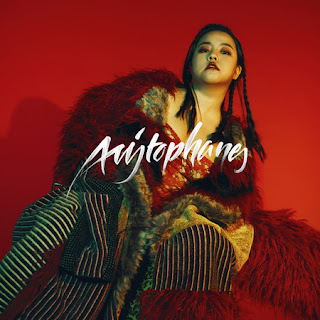 Background - Taipei based artist Aristophanes (real name Pan Wei Ju) combines striking verbal wordplay, poetry and forward thinking delivery, which has seen her rise to be at the forefront of new sounds emerging from Taiwan. Discovered by Grimes, who subsequently invited her to collaborate on her single 'Scream' from her critically acclaimed album ‘Art Angels’, Aristophanes fuses elements of Hip Hop, Slam Poetry, Jazz, Soul and Electronica, to create a sound that is truly unique.

Today you can hear a brand new single from this powerful pairing of cutting edge female artists, with Aristophanes latest offering '人為機器 (Humans Become Machines)'. The track, which was produced by and features additional vocals from Grimes, premiered last night c/o Zane Lowe on Beats1 and is taken from Aristophanes forthcoming mixtape, due for release on 24th February on Big Picnic Records. Other collaborators on the mixtape include Jam City and hotly tipped 17-year-old producer Kai Whiston. See Beehive Candy's tour page for live dates. Facebook here. Buy here.

I find the vocals mesmerising in this phenomenal mash of ideas and styles. '人為機器 (Humans Become Machines)' is perhaps not typical Beehive Candy fayre, but there is something about Aristophanes new single that is just so intensely good... 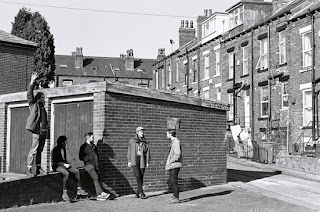 Background - Named after the Japanese word for colourful autumn leaves, KOYO is also the name of a new group fusing colourful influences to create music of their own. KOYO formed in Leeds in 2015, and are Huw Edwards (lead vocals, guitar), Jacob Price (sampling, synthesisers), Seb Knee-Wright (guitars), Dan Comlay (bass) and Tom Higham(drums). Initially co-founded by Huw and Jacob, the pair gorged on ‘90s grunge and alt.rock (Huw: “I loved the melodies and harmonies of Alice In Chains”), but also their parents’ classic rock and prog-heavy record collections.

Upon moving to Leeds, the duo’s influences soon expanded to include electronica and post rock, ranging from Floating Points to Mogwai, via Brian Eno’s landmark ambient albums. To cope with emulating the soundscape of such influences, the band sound expanded into the 5-piece of today. KOYO’s debut album, tipped for release later in 2017, marries psychedelic and progressive rock with electronic soundscapes. While unafraid to borrow from the past, theirs is a wholly 21st-century sound, drawing on influences such as Tame Impala, Boards of Canada and Live At Pompeii-era Pink Floyd.

First single Tetrochromat further entwines the old with the new. Recorded in Foel Studio in Wales, the band seamlessly merges the sounds of My Bloody Valentine with Slowdive and Ride, whilst showing a catalogue of influences cited above. KOYO will be a name hot on the lips of 2017, and Tetrachromat will be available March 31st in all the usual places. Keep an ear out for more new music as the year progresses. Website here, Facebook here.

As first singles go 'Tetrachromat' is mightily impressive. The production is just right, allowing enough musical ideas to come through, without swamping the overall sound. Vocals are smooth melting into the overall sound to add a dreamy dimension. 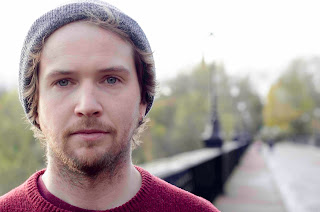 Background - The eagerly anticipated debut E.P ‘A Calling From The Shore’ from Ren, is scheduled for release on February 24th. Following up on releasing two singles in 2016, Ren sets the benchmark with this wonderfully rich and wanderlust soaked debut release, drawing comparisons to singer songwriting contemporaries such as Roo Panes, Scott Matthews, Foy Vance and Ciaran Lavery.

‘A Calling From The Shore’ is a luscious mix of Celtic infused storytelling, a classic songwriter feel, with a modern arrangement of both warm stirring string sections and tasteful lead guitar parts. The last song on the E.P ‘Piece Of Your Heart’ was recorded and produced at Jim Abbiss’ studio (Adele, Artic Monkeys, Kasabien)  by his young protege George Chung. Ren and George will continue to work together on future recording projects in 2017. Exciting times ahead.

Ren is embarking on his first European tour this February with dates in France, Switzerland, Germany and Holland, culminating in a one off gig at Camden’s Green Note in London on March 8th for Time Out Magazine. Website here.

One of five songs on the soon to be released EP 'A Calling From The Shore', I have chosen to feature 'The Coast simply because it's my personal favourite. That said the other four songs are of the same fine calibre, making this a very strong debut EP. 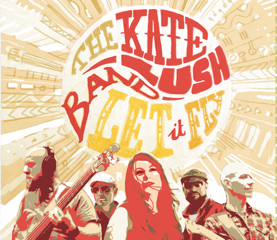 Background - The Kate Lush band is taking off into a whole new stratosphere right now with her brand new album Let It Fly being launched in early March. After her #1 album in 2016 & winning The Aust Blues Chain Award for Best New Talent as well as rocking festival stages & venues all over Australia her new album has created enormous interest around the world. Kate is one of Australia’s most outstanding Blues & Soul vocalists. Gritty, soulful & straight from the heart. Think Susan Tedeschi, Sara Bareilles with a dash of Aretha’s Soul & Bonnie Raitt’s harder rock edge. Great original songs, an outstanding band, and that is Kate Lush.

Kate’s first & second albums ‘Don’t Wait Too Long’ & ‘The Wild Captain Radio Tour’ have won numerous awards in Australia & the U.S. Her third & most recent self titled Blues album has just won the Australian Blues Chain award for Best New Talent of 2016. Her first, earned Best International in the Songwriters Assoc. of Washington (U.S.), Best Female in the Int. Acoustic Music Awards (U.S.) and the Aust. Songwriters Assoc. awarded her their coveted Rudy Brandsma Award for Excellence in Songwriting.

With a touted U.S. tour on the horizon, her songs hitting #1 in the Blues charts, festival bookings for Girrakool, Winter Blues, Mitchell Creek, Thredbo Blues festival among others as well as a new album in final production, 2017 is looking to be a big year for Kate who is turning more than a few heads & is certainly one to get out & see live. Website here, Facebook here. Previous album here.

Any band who can perform a cover of a Robert Johnson song this well deserves to be heard. 'Dust My Broom' gives just a tiny glimpse of what's to come with the March new album release. Blues fans might do themselves a big favour in checking out The Kate Lush Band.