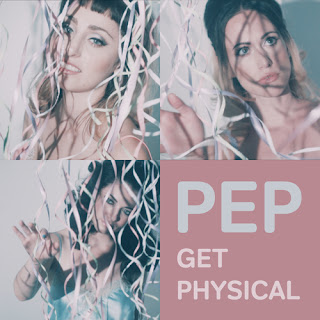 Background - PEP is a supremely fitting name for an act who describes its music as “Nu-Wop Dreamsauce.” Their irresistible new single “Get Physical” embodies vintage malt-shop pop with an updated rhythmic twist. Both parody and homage, the track's punchy bass line, sugary sweet vocals, and ironic lyrics deliver on those melodic hooks that are essential to pop music. “Get Physical” is available on all DSPs now.

PEP's dynamic live show has grown into a spirited seven-piece collective comprised of front-woman Karys Rhea, two back-up singers (Ilana Webber and Christina Connerton), and four male accompanists. The band has quickly made a name for itself in New York City with their one-of-a-kind retro sound and choreographed live shows.

“We love synchronized movement,” shares Karys, “So we incorporate classic 60s-soul moves into our performances while occasionally referencing modern forms of dance like hip-hop and jazz."

PEP says they feel musically indebted to the past, drawing inspiration from 60s girl-groups like The Shangri-Las and The Marvelettes, soul artists like Jackie Wilson and Ben E. King, as well as 80s pop acts like Gloria Estefan, Janet Jackson, Madonna and Prince. With the release of “Get Physical” and its highly anticipated debut LP, PEP will continue to record new music and bring its memorable live act to venues across the country. Website here, Facebook here. Get mp3 here.

As genres of music go Nu-Wop Dreamsauce sounds as wonderful as it reads. 'Get Physical' is a totally lovable song, part retro and part modern, put together PEP have created their own sound, and it is an extremely good one! 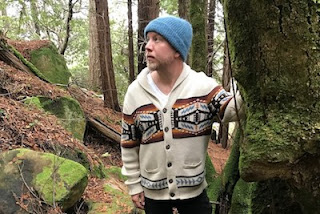 Garrett Pierce - Get Me Out Of This Place.

Background - Garrett Pierce shares "Get Me Out Of This Place" a dark, ambitious, work from his forthcoming LP Dusk. Garrett pens songs that are literary in style with well-worked lyrics and a voice that soars over dark, ethereal melodies. He began writing for magazines and playing in rock bands as a teen in Los Angeles before permanently relocating to the Bay Area in the early 2000’s.

In the Spring of 2016 I built a studio at the back of my house in Sonoma, CA (with the help of engineer Eric Ruud) and over the next six months, played and recorded the album on my own. As the record found it’s final form, long-time collaborators Timothy James Wright and Payam Bavafa added instrumentation to select tracks.

He tells us "Dusk is a collection of stories that span a lifetime. It’s a travelogue from my younger years - nostalgic episodes of seasick fishing boats, suffocating poverty, and first loves. It’s a road trip soundtrack from the desert to the coastal forests, stopping at every sh-tty Greyhound bus station along the way. It’s the purples and grays that conclude another day; another phase of my life". Facebook here. Get mp3 here.

One of ten songs on the 'Dusk' album 'Get Me Out Of This Place' gives a flavour of this new collection of music. There is a personal and sometimes quite intimate feel to the piece, not surprising for a collection of life's stories. Musically the production is very refined and the vocals work well with the melodies within the soundtrack. This is a consistently pleasing album. 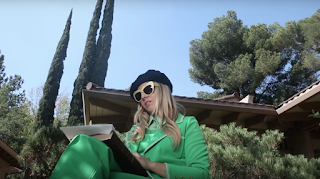 Background - Los Angeles’ Gothic Tropic introduces a new brand of female fronted, guitar-driven indie rock. The new music video for "How Life Works" is off their upcoming album due May 19th on Old Flame Records.

The brainchild of Cecilia Della Peruti, Gothic Tropic keeps the vibe playful and punchy, bringing audiences into a new era of female rock nobility, nodding to stars like Debbie Harry, and Chrissie Hynde. Delivering a blend of Richard Lloyd and Nile Rodgers on guitar, Gothic Tropic’s Della Peruti has won sponsorships with Fender, and leading pedal manufacturers, and works professionally as a touring and session player for Charli XCX, BØRNS, and more. Facebook here. Get mp3 here.

'How Life Works' showcases the quality of their brand of indie rock. Layers of melodic guitar driven music, support the dreamy vocals, on what is a very fine song and taster for the forthcoming album. Well that's what we said last August when we featured the soundtrack for this song, however as an unashamed fan of the Gothic Tropic's  music, the new video provides a perfect reason to feature them again.