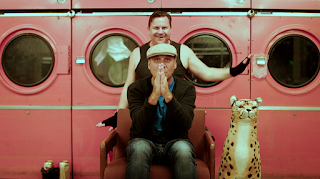 Background - Spiral Stairs (Pavement's Scott Kannberg) releasesd his second album under that name, Doris and the Daggers, a couple of days ago, on the Nine Mile label in the US,  on Domino in Europe (digital / physical) and on Coolin' By Sound in Australia / New Zealand. He has also shared the official music video for "Emoshuns," directed by Joe Salinas, and also announced a full North American tour. The album features guest appearances from Matt Berninger of The National, Broken Social Scene's Kevin Drew and Justin Peroff, Kelley Stoltz and Shudder To Think's Adam Wade.

You can’t hurry genius – not even the genial, unforced and unpretentious genius that has long been Scott’s forte. What’s for sure is his second album as Spiral Stairs, Doris And The Daggers, is worth the wait. It’s some of the best music Scott’s been involved with, and also some of the most personal and emotional music he’s ever written, reflecting the life changes that occurred over those eight years. During that stretch, Scott weathered the loss of friends, treasured the joys of fatherhood, lived life as an Australian and even ate haggis meat – experiences that inform these warm, sweetly melodic and soundly honest songs. Website here, Bandcamp here. Tour details on Beehive Candy's tour page.

'Emoshuns' is the third song we have been able to share from the brand new album 'Doris and the Daggers' and I have to say it's definitely my favourite of the three, helped a little by the video, but even more by the lyrics and their stylish delivery. 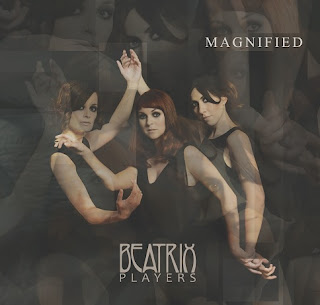 Beatrix Players are a London-based all-female trio who make florid, adventurous music that operates at the interface between folk, singer-songwriter acoustica, prog and quasi-classical baroque chamber pop. There is a light, translucent quality to the music, and yet when it is not being hushed and reverent, it has the attack and thrust, the surging dynamism, of rock. It can be soft and intimate, but it can also be fiery and intense, epic and immense. There are tempestuous passages in their music that you can imagine being delivered by traditional rock instrumentation but it is the very absence of guitars and drums that means that there is nobody out there quite like Beatrix Players.

Citing influences as diverse as Michael Nyman and Regina Spektor and drawing comparisons to the likes of Kate Bush and Einaudi Ludovico. In 2015 the band (Amy Birks, Jess Kennedy and Amanda Alvarez) took their unique sound – a beautiful combination of vocals, piano and cello – into the studio to record their self-produced debut album, which has been mixed by two-time BBC Folk Award winner, Jim Moray. Website here.

And it's third time around on Beehive Candy for Beatrix Players and the stunning video for 'Rushlight'. Another fine song from a consistently pleasing album where their exquisite vocals are backed with tender affection by both piano and cello. 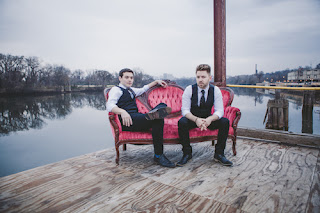 Background - Broke Royals are excited to share “Higher,” the first single from their debut self-titled album Broke Royals. Named one of the best up-and-coming DC bands of 2016 by CBS, Broke Royals seamlessly integrate traditional rock with infectious pop hooks and electronic elements to create a richly layered sound that has been praised as “the new American rock.”

Broke Royals wrote "Higher" as an anthem for anyone whose heart has ever gotten ahead of itself. The track tells the story of a man swept up in his idea of love, full of bold promises and big ideas but slightly disconnected from the reality of love and relationships. "Higher" was exclusively premiered yesterday with Pure Volume, who wrote, "the duo is unafraid to soar and experiment with their sound. It's reflected with the build and memorable chorus."

Behind Broke Royals is the team of producer Colin Cross and vocalist Philip Basnight, who have accomplished much since forming in 2014. In just three years they’ve honed a singular sound across three EPs, toured the country opening for the likes of Car Seat Headrest, Real Estate, and Andrew McMahon and even unintentionally fueled a political revolution. In May of 2014, the band's debut single "About Time" went viral in Thailand as the country was in the midst of a military coup, inspiring those who were hearing the track through political ears.

Debut album Broke Royals is a culmination of the duo's journey so far.  For fans of the sophisticated pop rock sound of Future Islands, The 1975, or Bastille, Broke Royals are a band that should be on your radar. Website here, Facebook here.

Some lively alt rock comes along in the shape of 'Higher'. A brisk beat and bright vocals are accompanied by a guitar lead soundtrack that comfortably switches power and pace in this polished introduction to Broke Royals. 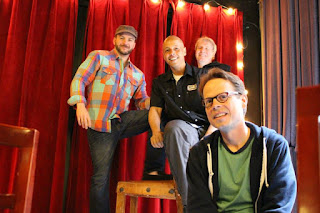 Background - About "Fallacy" from the band: "The glowing lights on the lead singers chest represent a heart, the organ of the body that provides the engine that sustains life.  The song was written about the arrival of death and the feeling fear and disappointment that one may not have become what they'd hope they would have. That we lie to ourselves that we are worth a damn and then the cold truth reveals that lie. The song was composed entirely by Ron Hippe and what he is trying to express in this music is to communicate a strong and real emotion of regret, defeat and reflection.

We don't know who should be listening to this music other than people who can relate to the deep emotional chasms that we navigate.  Anyone who thinks about the big questions unanswered in a human beings existence. Clearly it is not party music and apparently creepy (feedback from some younger audience) so I guess most people will be unimpressed especially party kids who would rather not be interrupted from their daily lives occupied by smartphones.

We have our own studio called DigiPhobe and we record all the sounds there. Then I mix it but for the upcoming CD release, the final 10% of mixing is being done in Michael Moscozzi's studio, here in Seattle, to give it the most as professional sound as possible. The guest drummer on this song is Greg Gilmore who is well respected in Seattle music circles.

The video was recorded at the Market Theatre in historic Pike Place Market.  It is the location of Seattle's longest running show called Theatre Sports presented by Seattle's leading improv comedy theatre Unexpected Productions. Dennis (our drummer) is playing in the video even though Greg played drums." Website here, Facebook here.

With something of a casual pace 'Fallacy' starts to stand out through the vocals and a simple melodic feel. It's one of those songs that takes a little time to develop, however the desire to play it again is well established at midpoint. 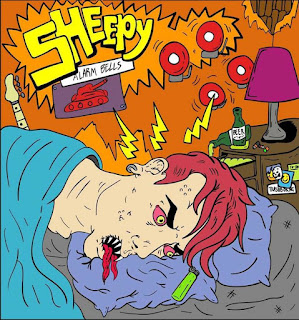 Background - Liverpool pop-punk scoundrels Sheepy have just unveiled the second video from their new album ‘Alarm Bells’ out April 7th. Sheepy are Liverpool schoolfriends Luke Jones (guitar/vox) and Ollie Phillips (drums) aided and abetted by Irishman Villy Raze (bass). To say songwriter Luke was prolific would be an understatement, as his abundant ability to pen short, sharp catchy punk pop in about the time it would take most people to flick through the newspaper on their daily commute is quite incredible. There are in fact plans to enter the World Guiness Book Of Records soon to celebrate the band’s hyper speed pop-writing and recording skills!

Of new single ‘Home’ from the album, singer Luke Jones says “This song is actually about when I was younger and didn't feel like I could stay in Liverpool any longer, itchy feet. It doesn't matter where you are from and I'd hear lots of people talking about where certain of their ancestors were from and on St. Patricks day where everyone "becomes" Irish for the day. Or they were born somewhere but moved when they were 3 months old. Everyone can be where they say they're from, but it comes across that they are just trying to make themselves more interesting when they don't need to.”

Originally discovered by London label Blang playing at a pirate radio festival in Mayo, Ireland. Songwriter Luke had by then already recorded ten solo albums at home. He gave four copies to the label who signed him immediately. Since then he has: made another six home demo albums, formed the band, played around the UK, Ireland and Europe, released one album, five singles and an EP, been played on 6Music by Steve Lamacq (who played ‘Another Day’ single seven times), Tom Robinson and Gideon Coe and on Absolute by Frank Skinner and Dave Gorman. He’s also had two singles used on Sky Sports Soccer AM to soundtrack goal compilations and recorded Sheepy’s second album proper which is soon to be released in April 2017 entitled ‘Alarm Bells’, where it was recorded in Brixton with Jon Clayton (Jim Bob, Monochrome Set, Band Of Holy Joy, Chris T-T). Website here, Facebook here, tour details on Beehive Candy's tour page.

I have to say sometimes music promoters do there work of conjuring up interest with a few well chosen words. Describing Sheepy as "Liverpool pop-punk scoundrels" painted some colourful images in my mind and thankfully both the band and the song 'Home' do the rest of the work just right, and lived up to expectations!