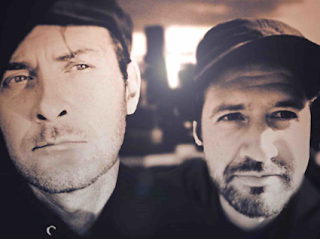 The EP literally flows from beginning to end, taking listeners on a journey through lush downtempo, synth and chill wave, and ultimately to the ocean at night. Tracks ‘Waves’, ‘Coral Sea’ and ‘Blood Moon’ seamlessly blend indie electronica and tropical noir, while synth and chill-wave are at their best on ‘Prayers of Smoke’, ‘Birds of Paradise’, and ‘Night Tides’.

A few years after a chance meeting at the Denver Underground Music festival, Bryce Boudreau and Chris Murphy started working under the Lunar Twin moniker in 2013.  They derived the band’s name from a theory about earth having possibly had a twin moon. Inspired by space and time, as well as nature and culture. Facebook here.

As a taster for the new EP, the single track 'Waves' gives us a firm indication something special is on it's way. Lush and cultivated, the music is beautiful, the vocals emotionally engage, just close your eyes and be taken away. 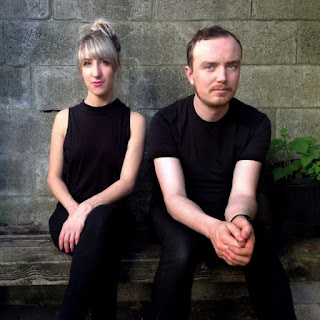 Ramping up to the release of their new album, Gold Chorus, which is due out later this year, Brooklyn's No Kill have released the first single from that album, "Tremolo."

Sitting somewhere between dream pop and shoegaze the new song 'Tremelo' has an expansive feel that defies being the work of just two people. The promo and the bands social sites may not give much away regarding No Kill, the music however clearly tells us they have something good going on. 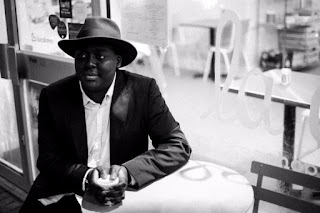 Background - An old soul, with an enlightened voice, Jordan Mackampa is a huge talent destined for stardom. Originally hailing from the Democratic Republic of the Congo, the now Coventry-based singer returns today with his attention-grabbing new single 'Saint'.

Taken from his forthcoming EP ‘Tales From The Broken’, his infectious, foot-thumping new single is another soul-soaked release that proves Jordan’s undeniable potential. The singer showcases his unique gospel-tinged vocal, paired with irresistible folk-pop instrumentation - delivering a track as delicate as it is powerful and inspiring.

“'Saint' is a song that speaks to a piece of all of us,” Jordan explains. “There isn’t such a thing as good people or bad people in my mind, we’re all complicated and need to accept parts of ourselves that we equally like and dislike. The idea was to draw on the idea of how we are all just trying to figure out a purpose in life and sometimes that leads to something else for guidance.”

Certainly ‘Saint’ has the ability to strike a chord lyrically with most people - who are perhaps haunted by mistakes of bad choices they’ve made in the past - and how we’re all capable of making mistakes. New single 'Saint’ - and the EP from which its lifted is a powerful return, cementing the singer as one of 2017’s most exciting new artists with a blossoming future. Website here, Facebook here, live dates on Beehive Candy's tour page.

I love it when a song comes along such as 'Saint' and you realise your hearing somebody with the ability to massively impact on the music world. I can sit back and let the song do all the work with this one... 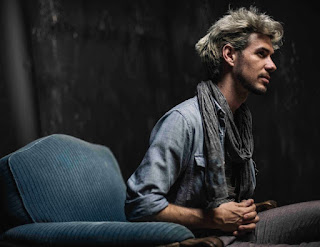 Skye Steele - Back In The Valley.

Background - Skye Steele, is an incredibly talented songwriter and musician who splits his time between Nashville and Brooklyn, with his new album All That Light, coming out on May 26th via HouseTown. He’s also out on the road with his frequent collaborator Vanessa Carlton (Skye is her one-man backing band when she tours), performing with her and opening her shows, before heading out on a string of Midwest dates in May w/ The Minimalists.

Skye's forged a reputation as a musician's musician over the past decade, performing everywhere from subway platforms in New York to Carnegie Hall, and has shared stages with everyone from Willie Nelson and Vanessa Carlton, to indie darlings like Deer Tick, Jolie Holland (who has a duet on the new album), Shearwater, and even avant-garde jazz legends like Anthony Braxton and Butch Morris.

Skye wrote the album in the Bitterroot Valley in Montana before heading to LA to record, where he teamed up with his long-time friend Cassorla (Edward Sharpe & The Magnetic Zeros, Blitzen Trapper, Taylor Goldsmith), who produced and helped to co-write it. All That Light fuses his signature violin-based folk-art sound with 808's, hyper-satured Moog bass lines, glitchy drum loops and shimmering synths, forming a completely unparalleled sound that's backed by his vivid lyrics. He’s joined on the album by some of his friends and frequent collaborators, including Vanessa Carlton, Jolie Holland and Stevie Weinstein-Foner (aka SWF). Website here, Facebook here, live dates on Beehive Candy's tour page.

There is an instantly catchy vibe with 'Back In The Valley', underpinned by top quality musicianship and Skye Steele's totally engaging and lively vocals.