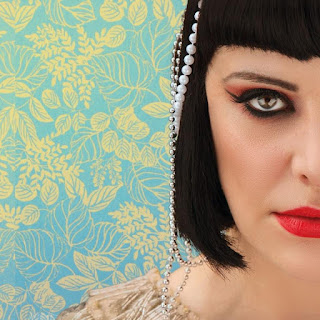 Background - Forward-thinking alt-pop quartet The Gift announce their eagerly anticipated album ‘Altar’, produced and co-written by music maverick Brian Eno and mixed by sonic master Flood. The band’s sixth album is set for release on their own label La Folie Records digitally on April 7th, with its physical CD and vinyl versions to follow up on 5th May.

Following on the recently highly praised singles; the BBC Radio 6 Music playlisted ‘Clinic Hope’ and the Clash and The Independent-acclaimed ‘Love Without Violins’, anticipation has been steadily building for their upcoming sixth album. Fresh from playing Eurosonic, the pioneering Portuguese outfit was one of the main acts performing at the festival and one of Drowned In Sound’s highlights of the festival. With steady support growing across UK publications such as Gigwise and Notion Magazine, as well as across 6 Music shows including Tom Robinson, Steve Lamacq, and Lauren Laverne, is safe to say the spectacular delivery meets said expectation.

The Grammy-nominated producer adds his expertly vision of pop music to the band’s keyboardist Nuno Gonçalves unique writing skills. Working with the band on both music and lyrics over a period of two years, the music maverick is not only credited as producer but also as co-writer, co-lyricist, musician and even singer. Mixed by another legend, Flood, ‘Altar’ is an extraordinary album of ambitious indie-electronic art-pop that recalls the peak work of, amongst others, Talking Heads, Depeche Mode and David Bowie.

The ten timeless songs, from the thrilling ‘Love Without Violins’ - which sees Eno sharing vocals with singer Sónia Tavares’ - to the synth-pop explosion of ‘Clinic Hope’, the funk-flavoured ‘Malifest’, and on to the desperately moving ‘Vitral’, are the perfect representation of a band in constant evolution and artistic growth. While the upcoming third single ‘Big Fish’, after a back and forth oscillation between the two poles which characterizes the album, perfectly bridges the gap between alt-pop and electronic sounds. Having been right at the forefront of the DIY movement in Portugal for twenty years. Running a slick operation through their own label, La Folie, they look after every aspect of their own career - from financing their recordings to the art direction and styling and live performances - a visual spectacle the band will bring back to SXSW 2017 and finally to London for a special show in late Spring. Website here, Facebook here.

'Big Fish' is a very good example of how to mix differing genres and come up with a cohesive and superb song. Electro meets rock, adds in a touch of pop, alongside an upbeat rhythm and hooks galore, its a recipe for great music. 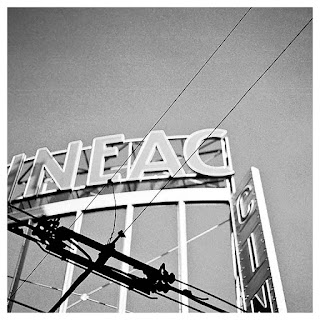 Background - Andy Oliveri & the Mountaineers explore all angles of their collective musical heritage on debut album. Produced by James Bragg (Genghar, Tourists) ‘Call Them Brothers’ is not only a cumulative history of great songwriters but is indicative of the way in which those albums were created. Heavily influenced by College rock bands, Britpop and Shoegaze from the late 80’s and early 90’s Oliveri’s first offering with The Mountaineers picks bits from history to build a new beginning. Adopting reminiscent tones and textures Oliveri’s intelligent songwriting craft has been deconstructed and rebuilt, creating a diversity of fragility, sleazy guitar licks and late night poolside synth jams.

Every project begins with an idea, for Oliveri and the band this was ‘Ohio’. The first track written as an acoustic demo was swiftly scrapped and imposed with the rule that its arrangement will not include any guitars. This shift in breaking down the walls of their creative freedom would mean the band could explore every avenue, allowing the record to take shape around them, finding a fulfilling destination at the end of each one.

Initial album teaser track, the opener ‘Where Wild Flowers Grow Fondly’ has gained love all over the blogosphere and on the radio including plays from Radcliffe & Maconie and Steve Lamacq on BBC 6 Music and John Kennedy on Radio X and to follow the band are releasing the infectiously riffed ‘Sky Candy Apple’ as a single out on 10th March.

Starting life in a collection of poems, lyrically ‘Sky Candy Apple’, the first official single to come from the album, reflects on your hometown long after you’ve moved away. However hard you try to escape, the memories and ties are always there, good and bad. “I’m really proud of my hometown, especially the pockets of liberal thinking and I think that ideology shines through in the brashness of the song” says Oliveri. Facebook here. Live dates on our tour page.

There is plenty of alt rock edge to the bands soon to be released single 'Sky Candy Apple'. Whilst the video has plenty of retro content, and the band acknowledge their influences above, the track is very appealing as an original piece (which of course it is), and an excellent reminder that this band have something good going on. 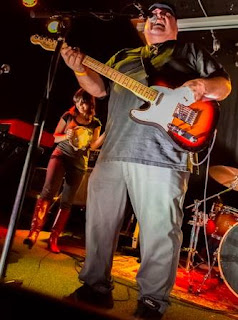 Background - Started in 2005 by LA scene stalwart Greg Franco, Rough Church has carried on the lyrical tradition of such artists as Bob Dylan and Neil Young and the sonic tradition of artists such as Nick Cave, the Pixies, the Clean and the Flying Nun sound. Though the band has embraced a certain DIY ethic developed from years of playing within the LA indie scene since the 80’s, they’ve been signed to New Zealand’s Powertool Records since 2006. They have also release their music stateside under their own imprint Beautiful Workhorse Records.

Since forming, the band has hit the road frequently including 4 tours of New Zealand and 2 of Australia. Rough Church has released 5 albums with a sixth, ‘Queen’s Sacrifice’ was released February 24th.  They’ve also released the singles “Southpawwest” that featured David Kilgour and Robert Scott, both of The Clean, “White Dove Of The Desert” and “46 Missed Calls.”

'Bully My Heart' is an expansive and smooth flowing indie rock song, with a top class musical arrangement, that match the passionately delivered vocals, as the song just soars higher and higher. 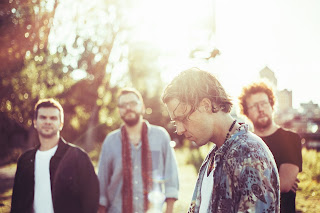 The Franklin Electric - Save Yourself.

Background - Montreal-based alt-folk band The Franklin Electric are set to release their highly anticipated sophomore album titled ‘Blue Ceilings’ on 5th May 2017 via Indica Records. ‘Blue Ceilings’ is now available for pre-order and includes new singles ‘I Know The Feeling’ and ‘Walk With You’ as instagrat tracks. The band will be touring Australia and Canada this winter before heading to the UK in Spring to play shows in support of the release, with a first date penciled at Electrowerkz in London on the 19th April 2017.

After their breakthrough album ‘This Is How I Let You Down’, the Montreal Band returns with a highly anticipated second album, ‘Blue Ceilings’. John Matte (singer, songwriter, producer) had this to say about the upcoming release; “With limitations hanging over us all we found a way to allow this album the time it needed to take its own shape and personality. The cover art fell in our laps like a gift and worked so well with the album title ‘Blue Ceilings’ done by UK artist Samuel-Burgess Johnson. It complemented the feeling of the songs and sums up all the different learning’s and challenges along the way.”

The musical mastermind behind The Franklin Electric, Jon Matte, came by his roots honestly. Matte grew up in a household brimming with music, with musicians, with Mom’s piano at the center of it all. Matte would go on to study jazz, weaving that into a love of everything from hip-hop to Elton John and ‘70’s songwriting titans. Legendary label Verve Records soon called on Matte to remix a Nina Simone record. Hanging and learning from great engineers, he realized he could apply everything he learned to his own songwriting. After entering and winning a Nashville songwriting competition with over 8000 other bands from around the world Matte, along with his ‘tribe’ Martin Desrosby, Kevin Warren and Ken Pressé, hit the road to rave reviews spending 2015 playing over 180 shows from Canada to Australia – including 3 tours of Europe alone – opening for the likes of Ben Howard, Mumford and Sons, Edward Sharpe and the Magnetic Zeroes, City & Colour and Half Moon Run. The driving force of a singer-songwriter became a brotherhood of the road. Website here, Facebook here, live dates on our tour page.

As a taste of the bands new album due out in May 'Save Yourself' gives an idea of just how splendid the new collection of songs are. The featured song mixes alt folk roots with some contemporary pop quality and is produced to a very high standard.