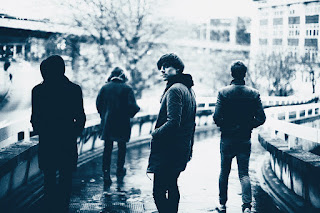 Background - Emerging Indie Rockers Polar States from Liverpool are back with a brand new single called "Gold" (Release: 7.4.17) taken from the band's upcoming debut EP "Electric". Championed by BBC Radio 1’s Huw Stephens and BBC 6 Music’s Steve Lamacq, up and coming Indie four-piece Polar States from Liverpool have exploded locally and nationally, selling out the Liverpool o2 Academy twice and completing a 10 date UK tour in support of their previous single Elizabeth, which was added to the BBC Radio 1 ‘Best Of Introducing’ playlist and the Topshop playlist.

Now the band is back with a fresh new offering called “Gold” taken from their soon to be released debut EP “Electric”. The song embodies everything Polar States stand for: Huge melodies, sparkling guitar riffs and smart lyrics. According to the band the song is about valuing what you have.

“The ‘million in my heart line’ was basically a way of saying you should see wealth not in terms of money, but in terms of the people around you whom matter.” – Paul Tong (Vocals/Guitar)

Polar States have created a very catchy indie rock song with 'Gold'. The vocals are well up in the mix and could provide the melody alone, however the band are equal in their contribution and give the song additional vibrancy. 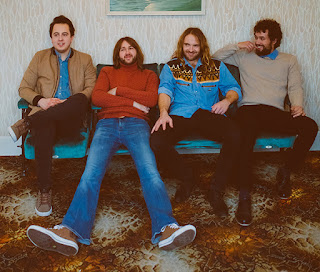 Background - With the irrepressible vintage vibes of ‘Call Me A Friend’ applauded by critics, four-piece male harmony group The 27 are now set to release the unforgettable sing-along ‘All The Time’. With the authentic roots driven harmony-pop on ‘Call Me A Friend resonating well with fans, racking up over 100,00 views on Youtube and close to 50,000 on Spotify. The 27 shake up the formula on ‘All The Time’ without losing the core sound that got your hips shaking. Calling on a plethora of influences, ‘All The Time’ boasts the timelessness of The Beatles, the hook of Lord Huron and guitar skills akin to Eric Clapton, all delivered with the harmonies of The Everly Brothers.

Lead vocalist Henry spent six eventful years seeking like-minded musicians, searching for a sound and experiencing the highs, lows and heartbreak you’ll hear in his lyrics. Along the way, he has played covers in pubs on David Bowie’s vintage Gibson guitar, shared stages with country music star Margo Price, travelled to Nashville to write, recorded an ill-fated album in L.A. while living in the laundry room of a hair salon and spent a summer working as a guitar tech, prepping Coldplay’s guitars for a tour.

The Oxfordshire-based group have enlisted the support of The Next Room Productions, and legendary musician Clem Cattini also contributes, having worked with the likes of Nirvana, The Kinks, Paul McCartney and Dusty Springfield and many others across his stellar career.

The 27, comprising of Henry Parker, David Page, Tom Michell, Alex Tschaikowsky, have already received glowing reviews and significant streaming support and are now ready to reveal the full scope of their talent through a versatile body of work due later this year. Facebook here.

This is a modern enough sounding song, however the chorus harmonies on 'All The Time' take us hurtling back to the sixties! The music and vocals are highly professional and thankfully not overly polished allowing room for a natural and lively feeling to shine through. 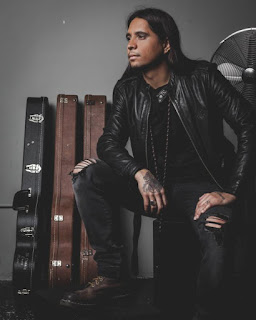 The live performance, a blend of folk and experimental pop-rock, includes Nacho Londoño on vocals and guitar, Sammy Gonzalez on bass, Moises 'Moi' Linares on drums, and Charles 'Chip' Gardner on keyboards. Setting the atmosphere at 11:00 a.m. with a DJ set, the all-ages happening will also include crafts, a group of eclectic vendors, a variety of alcoholic and non-alcoholic drinks as well as organic food provided by Woodfers Cafe kitchen truck. Facebook here.

I have not got a clue what Nacho is singing about on 'Abiertos', that said his vocals are just so charismatic and the music so well crafted, this song had to be included. 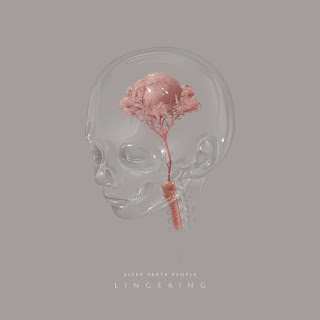 Though Copenhagen-based Batz & his 5-piece live band have become synonymous with the rabbit masks they wear during Sleep Party People live performances, Lingering finds Batz shedding his guard to create some of the most personal and accessible material of his career. Whilst ‘The Missing Steps’ and other moments on Lingering engage demonstrably with bliss (also the woozy, unhurried not-quite title track, ‘Lingering Eyes’), it is nonetheless a record also concerned with anxiety and doubt, and the ways in which we cope with those insecurities that can persist through adulthood. Facebook here.

Second of twelve songs on the forthcoming album release 'Linger' (June 2) is 'The Missing Steps'. Mixing dream pop and electronic music the album is full of appealing songs similar in style to the featured track, each piece has clearly been a labour of love, and totally worth checking out if you like what you hear so far. 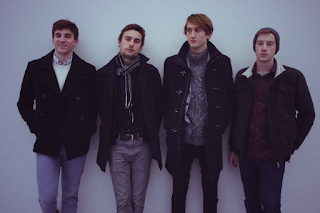 Background from The Bandicoots - After self-releasing our first two EPs ('This Is Why We Can’t Have Nice Things' 2015; 'Quarters at the Penny-Arcade' 2016), we've quickly gained recognition in our hometown, finding ourselves playing to sold out crowds.

‘Overnight Innovator’ and ‘Could You Get Me To Tomorrow?’--the singles from our sophomore release--climbed CBC’s Radio 3 Top 30 chart for up to 7 weeks and Even made CBC's best of year-end list. The latter single came in just shy of 250k plays on Spotify since it’s release.  Damn we had a good 2016!

We've been oiling our gears leading into our third release (due late June ’17). In the meantime, we've been appearing live from city to city across the east coast of Canada. Bandcamp here, Facebook here.

With a slightly laid back groove 'Rocky Horror' is a slice of indie rock, that helps explain the attention the band received last year. The songs melodic and rhythmic hooks make this a track that is hard to ignore. 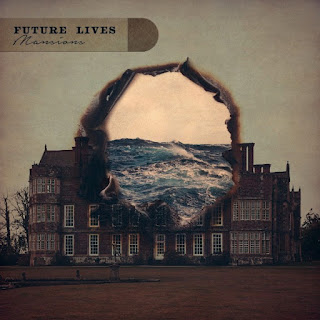 In addition to arranging the vocals with Smile-­esque wonder, Sarah’s big bro Nick Robbins (Velveteen Pink/Blue Blood) brings musical inventiveness to his complex, but tasteful, drum parts. Patrick Burke (Giving Tree Band), whose Lynchian flow and precision on bass buoys the jams, isn’t shy about picking out a lead guitar part that David Crosby would twirl his moustache to. Cameron Steuart’s string parts are as cinematic as they are down-home; as much canvas as they are ether. The arrangements are dense, but the expert mixing ears and of John Keane (R.E.M., Vic Chesnutt, Widespread Panic) ensure that every part breathes.

On June 27, 2017, Future Lives will release their debut album Mansions on vinyl and digital via Soft Magic Records. The band will hit the road for an East Coast tour in July with Roselit Bone and Hanick will play solo shows between Athens and Portland in July/August. Bandcamp here, Facebook here.

'St. John's Fair' is taken from the album 'Mansions' that comprises of twelve tracks. The album is awash with beautifully developed songs, and although the featured track gives a reasonable flavour of the album, the music does venture into some other creative places along the way. Overall it's a very fine collection of songs delivered by some very talented musicians and vocalists.