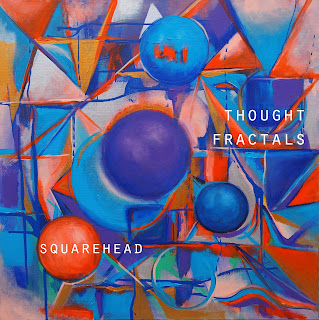 Since releasing their 2013 debut release ‘Fables’, Squarehead have performed along side many of Melbourne's most creative recent exports such as ALTA, Andras Fox, Halcyon Drive, Rat & Co, Willow Beats and Yeo; including billing at the boutique festivals Inca Roads, Castle Music Festival and Paradise Music Festival.

Their long awaited subsequent release ‘Two-Track’ in 2015 received much attention from local radio stations such as PBS, SYN, and RRR, as well as platforms like Soundcloud, where it totalled over 19 thousand listens.

Squarehead is often seen in the Melbourne live scene as a trio, with a combination of live instruments and electronic samples, combining the raw energy of a band with the meticulous layering of electronic music production.

‘Thought Fractals’ was self-produced and mastered by Adam Dempsey from Deluxe Studios. The new EP shows a refined, mature side to Squarehead’s epic instrumental pieces, whilst maintaining the uniqueness observed in their previous releases. Facebook here, Bandcamp here.

'Perties' is the second of five instrumentals on 'Thought Fractals' the brand new EP from Squarehead. From the outset I was impressed with this EP, it's awash with rich layers of melodic synths, dynamic beats, and not surprisingly some bass guitar, alongside an eclectic mixture of additional sounds. Different musical directions are explored, some catchy hooks and vibrant melodic moments are never far away. If you asked me to define the genre, I would say electronic to keep things simple, in reality it's considerably more than that, so lets just add Fabulous.