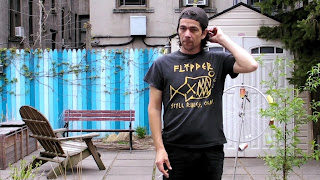 Jason Loewenstein has been a major force behind lo-fi pioneers Sebadoh ever since their pivotal 1991 record, “III”. Along with fellow partner in crime Lou Barlow, Loewenstein has co-created some of the most influential releases in indie-rock, including the pivotal 90's albums “Smash Your Head on the Punk Rock”, “Bubble & Scrape”, and “Bakesale”.

Way back in 2002 Jason Loewenstein released his first solo album “At Sixes And Sevens” via Sub Pop. Now 15 years later, the follow-up has finally arrived. “Spooky Action” contains 13 new songs of unwavering rock. The self-recorded, self-produced album is as solidly engaging as anything in Loewenstein's formative lineage. Bandcamp here.

Straight down the line rock, that just cuts to the chase, ensures 'Machinery' stands out. Vocals are notable despite being immersed in the mix, and the musicianship relies on skill, rather than reverb and noise. 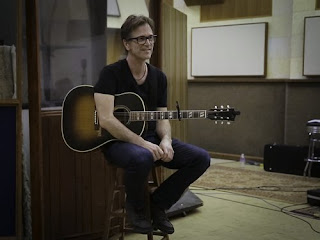 Background - On August 4, Dan Wilson will return with Re-Covered, a unique album that finds the Grammy-winning songwriter reinterpreting songs from his storied career that he wrote for and with other artists.

Since his days in seminal ‘90s rock band Semisonic, Wilson has been an in-demand songwriter, producer and arranger for some of the biggest acts in pop and rock music like Phantogram, Weezer, Preservation Hall Jazz Band, Halsey and My Morning Jacket. For his latest 13-track album, Wilson has taken songs he’s co-written with other artists and made them his own - his own arrangements, his voice, his guitar. The result is an eclectic spin on some of the biggest songs in pop music over the last 15 years as well as some gems that never quite made it big.

“I’m hoping there are some songs on the record that everyone will recognize and think of as part of the landscape,” he says. “But then there are other songs that maybe people haven’t heard at all or they’ve only heard in passing.”

Most of the songs on the album were recorded live and mixed in an intensive week-long session at United Studios in Los Angeles, with longtime collaborators Mike Viola producing and Rock and Roll Hall of Famer Pete Thomas on drums. Wilson credits Thomas, best known for his decades of work with Elvis Costello, with being central to the crafting of the arrangements. Website here, Facebook here.

'Someone Like You' is a beautiful song and this version is simply fabulous. The vocals, musicianship and arrangement are top of their class, simple as that!