Background - Karl Walsh & The Happy Future stunning album 'Birds' is set to be released on June 30th. The Happy Future was formed in Manchester in 2015 by Karl Walsh who was originally signed to Factory Records by Tony Wilson. Walsh, also a founder member of acoustic trio To Hell With Burgundy, played all over the world with Bob Geldof, The Pogues, Barclay James Harvest and Graham Parker before relocating to France where he wrote three novels. Returning to the UK in 2012 Walsh formed The Visitors with Mike Crook and Frederick Apps, releasing their debut album ‘Above You’ on Earliest Records.

The Happy Future’s first gigs were played as a trio with Frederick Apps on drums and Philip John on Bass. John, a multi-instrumentalist had previously fronted his own bands and enjoyed the challenge of utilising his vast musical knowledge to add a sophistication to Walsh’s catchy tunes. Frederick Apps cut his teeth playing with bands in venues all over the country. He is also an accomplished photographer and his work can be seen regularly in online magazine ‘Manchester Rocks’.

An open mic night in Didsbury called The Art of Tea led to Karl Walsh meeting Karl Markham, an extremely talented solo guitarist who was blowing audiences away with his renditions of original tapping style acoustic tunes. Having played in several bands in his hometown of Sheffield, Markham came to Manchester (where else?) to finish a music degree and took the role of lead guitarist in The Happy Future. Website here, Facebook here.

The new album 'Birds' comprises of eleven tracks of which 'Wonderful' is a fine example of the (dare I say) wonderful music to be found across the collection. Expect melodic and refined musical arrangements alongside the very pleasing vocals and harmonies, all of which has been produced to a very high standard. 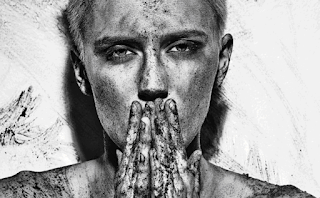 Background - FELIN is a Swedish audiovisual duo consisting of songwriter/ artist Elin Blom and photographer/ director Fredrik Etoall (the “F” in F E L I N). Having worked with the likes of Icona Pop, Tove Lo, The Rolling Stones and Adam Lambert, FELIN are all about the highest quality of sound as well as image, by making the two inter-dimensional and expansive of one another.

Being championed by Sony Music on their upcoming releases, as well as JC Jeans Company choosing their record for their national jeans ad, all eyes are on this Scandi duo as they reveal their much-anticipated material to the world.

The upcoming new single Destruction Therapy begins with a cranked up and distorted drumbeat, which pounces out of the speakers onto the listener’s ears in an instant. Together with Elin’s cool’n’powerful lead vocal, the track rekindles the energy infused vibe of the industrialised alternative version of Gossip, early The Ting Tings and Yeah Yeah Yeahs. The song is produced in a Rangleklods-esque manner by Elin herself (yep, a female producer- still not enough of them out there) who has managed to craft this sonic hybrid of power, energy with a twinge of angst-filled apocalypse in the foreground. Website here, Facebook here.

'Destruction Therapy' is a potent mix of delicious drum beats way up in the musical mix, angry synths and the fiery and passionate vocals of Elin Blom. 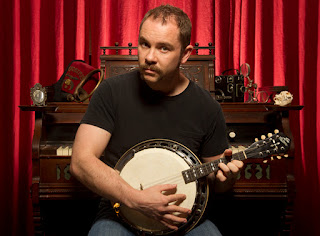 Silas Hite - Other Side.

Hite has re-imagined this song as a beautifully aching indie-americana song, all while adding an 80's electronic pop flare. This new version features some of Hollywood's finest session string players including cellist, Timothy Loo, and violinist Nancy Kuo

Silas Hite is an Emmy-winning composer with music in his DNA. He began his career co-scoring blockbuster and independent films such as Nick & Norah’s Infinite Playlist and Cloudy With a Chance of Meatballs with his uncle, noted composer Mark Mothersbaugh (DEVO). His music plays in television shows around the world, from kids shows like Shaggy & Scooby-Doo Get A Clue!and Disney’s Dance-A- Lot Robot, to adult shows such as Blue Mountain State, Eureka, and Chef's Table.

He has scored hundreds of commercials for clients such as Apple, McDonalds, and Chevy, earning him an Emmy, Adweek's Campaign of the Decade, and most recently a Titanium Grand Prix from Cannes. He’s contributed memorable music to some of the top selling video games of the past ten years such as The Sims 2, Skate 3 and The Simpsons. His music has played in such venerable institutions as the San Francisco Museum of Modern Art, the Los Angeles Museum of Contemporary Art, the New York Museum of Modern Art, and The Whitney Museum. Website here.

If your going to do a cover version then 'Other Side' is an exceptional example of how to make it work. Taking the song into another genre and totally different arrangement, then adding in superb musicians, pretty much seals the deal, Silas Hite's vocals ensure it. 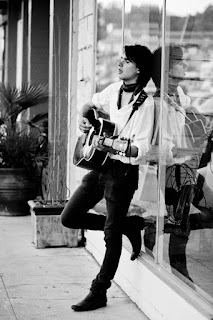 Background - In the wake of the Iraq war, Neil Young featured a stirring song called ‘Every Little Dog’ on his ‘Living With War’ website. The track was by Indian / British singer-songwriter Dan Raza, a writer who, like Young, creates music that whilst rooted in immediate genres transcends them by being able to touch on universal feelings and concepts. His songs have a strong sense of place and an enigmatic, wistful, restless quality at their heart.

Now with the release of his second album simply titled ‘Two’, it should be time that Raza is recognized as one of the UK’s most exciting and authentic new homegrown independent singer-songwriters with an outstanding new album of deeply written songs that every real music lover should lend their ears to.

Moments like ‘Shadowlands’ have a Tom Waits or Nick Cave feel with dark moody landscapes, classic sounding guitars and haunting folk instrumentation; others, like ‘Where The Rivers Divide’, suggest bittersweet blue atmospheres that ebb and flow with confidence and mastery whilst ‘Pay Day’ is a straight up gutsy folk-rock belter. The tracks are full of stories influenced by and reflecting all aspects of Raza’s travelling and personal life and the production oozes with quality. ‘Two’ is a special collection of songs which have been honed and lovingly created and should be cherished at home on nights alone or with friends. Release date 7th July. Website here, Facebook here.

'Pay Day' is natural and a little rough around the edges, the way a song like this should be. Passionate and forceful folk rock, delivered with class.