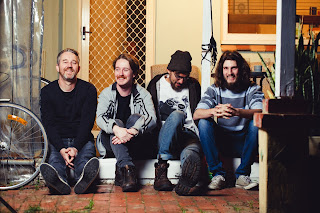 Background - Off the back of a buzzing sold out national tour for first single 'For The Story', Verge Collection announce their latest tune 'So Vain', from their highly anticipated debut LP 'Flanuer' (out March 30).

The brand new follow up single - which premiered on triple j's Home & Hosed with Dom Alessio on Monday and online with Pilerats yesterday - is a two minute banger that see's the  Perth indie-pop natives flip the bird to judgmental folks. Drawing on an awkward party experience, songwriter and band front-man Ben Arnold finds humour in a petty argument with a pretentious party-goer where he claims he "was getting razzed by someone that had a superiority complex." 'So Vain' acts as a helping hand, urging the listener to move towards something bigger; something greater than the predictable sameness of current life.

With a presence that's cemented itself wholly in the suburban Australian whirlpool, Verge Collection's debut album is set to sink deep into the bones of every listener. Flaneur represents the band's mature side, where self-reflective tendencies and the art of letting go of negativity are personified in the complex lyricism highlighted on tracks like 'Stop Think About It' and 'Sleep It Off'. The debut album soars to new heights showcasing catchy hooks and heavy bass lines that provoke a nostalgic yearning for simplicity and unfiltered youth. The album's 10 track's document goose-bump worthy reflections ('Feelin' Old'), knowing when it's time to say goodbye ('Last Ciggie') and finding light in dark situations ('Black Dog'). With the same production team behind their 2016 triple j mini hit 'Our Place', the album is set for release on deluxe 12" vinyl via Rhubarb Records on Friday 30 March.

Since their inception, Verge Collection's list of successes brims with achievements. Nominations for four WA Music Awards (WAMi's) resulted in the crown for "Best EP" ('Open Plan Living') in 2016 following their set as one of the most talked about acts at Bigsound. Earlier this year, the band signed with Rhubarb Records following a wicked sold out national tour in August and the release of Flaneur's first single 'For The Story'. With a back catalogue of tours supporting the likes of Skeggs, Stonefield, The Wombats, Cold War Kids, Bad Dreems, Bleeding Knees Club, Tiny Little Houses, Good Boy, City Calm Down and Saskwatch, Verge Collection will reveal national album tour dates in early 2018.

Verge Collection's single 'So Vain' is out now. Flaneur is out physically on Friday 30 March via Rhubarb Records and digitally via Believe Distribution. BANDCAMP, FACEBOOK.

'So Vain' is a vibrant indie pop song that mixes melodic vocals and a feisty musical arrangement, and at just under two minutes every second appears to be crammed full of musical goodness. 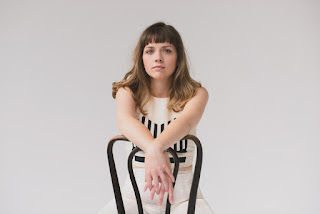 Lesley Barth - Song Without a Name.

Background - After performing around top NYC singer/songwriter venues for a few years and capturing audiences with her strong voice and compelling lyrics, Lesley Barth released her debut EP, “Good Like This,” as a surprise to her supporters on her 28th birthday in summer of 2015, quickly building a loyal and devoted fanbase off of its warm reception.

Only several months later, in partnership with OvationTV and Rockethub as part of their first “Creative Studio” of artists, she was able to crowdfund her first full-length album from the growing number of supporters who were hungry for more from Barth.

Her crowdfunded album “Green Hearts,” released earlier in 2017, was made at Brooklyn’s Mission Sound, where Barth recorded her debut EP in 2014.  Elements from disco, folk, country, blues, and retro pop have been woven together by themes of longing, soul-searching, and young love in her first full-length album.

Lesley has this to say about her brand new music video - If you think I wouldn't make a music video using my old kitchen's teal walls as a green screen and free stock footage, You Were Wrong! WEBSITE.

We featured Lesley Barth back in January and were rather impressed with her then new album. 'Song Without A Name' now in music video form is to good not to show and it looks like some new material will be on it's way early next year. 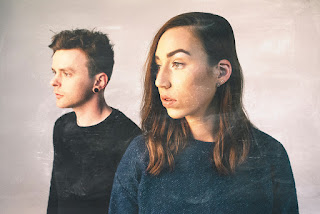 Background - Folia are an alt-pop duo out of Melbourne serving up ambient, dreamy sounds and raw, honest vocals.

After forming in late 2016, the pair released their debut single Without You in August 2017 to positive reviews, drawing comparisons to UK trio London Grammar. Heart Beat is the second release from the duo and was both self-written and self-produced by the band at Ginger Recording studios in Melbourne with help from studio owner and audio-engineer Jimi Wyatt. The song depicts the pain, confusion and devastation that comes from unexpectedly losing a loved one and transcends from deep, hollow vocals to ambient harmonies and progressive riffs.

“Though fortunately neither of us have lost a significant loved one, Heart Beat is our own perception of the agony and frustration that would ensue following the loss of a loved one, encompassed with the fear of this happening and not having the chance to say goodbye”.  ‘Heart Beat’ is in Digital Stores now. FACEBOOK.

A distant atmospheric start soon evolves into an impressive alt pop song with 'Heart Beat'. The vocals are emotionally gorgeous and the musical arrangement builds in layers adding warmth along the way.