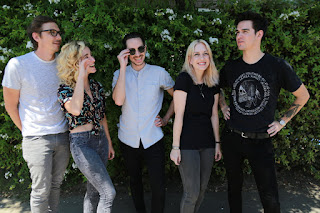 I Hate You Just Kidding - Fallen.

Background - I Hate You Just Kidding have just released the new single "Fallen." Fallen is an emotional tug-of-war between hope and despair, between desperation and delirium. It’s meant to find you in that dark place and carry you out.”

Jeremy and Jessi Brock are the husband & wife songwriting duo known as I Hate You Just Kidding. They started making music together shortly after meeting and formally formed the project in 2009.

Their music has been featured in film/television and commercials, and they have gone on several national tours, leaving two EPs and one full-length album in their wake.

Upon releasing their debut "Days Grow Longer" in 2011, I Hate You Just Kidding began writing a follow up. However, the touring life sometimes takes a few detours. After a 5 year hiatus, the sophomore album “Constellations” will be released on February 2nd, 2018. WEBSITE, FACEBOOK.

Back in November of last year we featured 'Smokestacks' from the band, describing that song as "uncomplicated pop that occasionally builds into more of a rock track, either way it addictive & gorgeous." Now we have 'Fallen' a gentler, dreamy indie pop song that has the same addictive qualities. 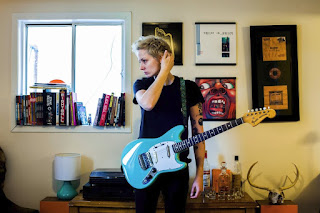 Mo Kenney - On The Roof.

Background - 2017 was the year that Mo Kenney plugged in, the Canadian singer recently released new album The Details and hit the road, and now Mo has announced a string of UK tour dates this February along with the release of new video for single On The Roof.

Mo has released two records with long-time producer and Canadian rock mentor Joel Plaskett since 2012. With her third album, Mo comes fully and completely into her own as an artist; she swaps her trademark acoustic guitar for a Fender Mustang, tracing her own strange, devastating, and ultimately hopeful trip through the trials and tribulations of booze-fuelled breakdowns, clouds of depression, and disintegrating relationships.

"I began writing "On The Roof" during a solo tour in the US. I had a day off in Syracuse, NY, and wrote the chorus for the song that day. When I sit and think of all the negative things in the world it can get me down, because there's a lot of it. I go down that wormhole often, as I'm sure a lot of people do. The song is about being in that mindset and not being able to shake it. " Mo Kenney

We shared the audio for this track a few months ago, however with some tour dates to announce and a new music video for the song 'On The Roof', lets have another helping of this tune. We previously described this as "an energised rocker with some fine hooks, that brighten up the somewhat darker lyrics." 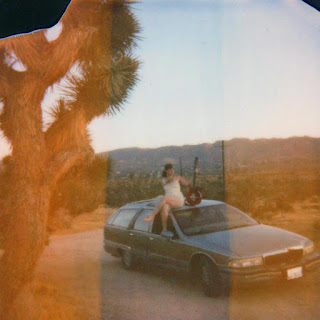 Background - Annachristie Sapphire has a soulful huskiness and power that could break glass. Her compelling songwriting style lends itself to an emotionally evocative experience for her listeners time and time again. Annachristie explores new measures of Folk and Americana by marrying the genres with styles more grunge, dreamlike, and enduring- reminiscent to the rawness brought to light by the music rebels of the 90’s. With this, Annachristie Sapphire welcomes a sense of nostalgia even for those who might be hearing her music for the first time.

Annachristie has shared the stage with household favorites such as First Aid Kit, Amos Lee, and Langhorne Slim, as well as Victoria Williams- the founder of Sweet Relief Musicians Fund best known for work with Neil Young and Lou Reed, who lends her backing vocals to Annachristie Sapphire’s new single and upcoming EP.

“Cut The Line,” the first single from Annachristie Sapphire's upcoming LP “Desert Car”, was produced by the Grammy Award- winning Tim Sonnefeld. The song is about fishing for love. The melody reels you in and then sets you free with it's 1950's inspired backup vocals, in contrast to an atmospheric landscape of sounds that allow the listener to live inside of the melody. Annachristie Sapphire’s EP was recorded at Chaparral Bottom Studio and Red Star Studios. WEBSITE, FACEBOOK.

'Cut The Line' slips between definitive genres and creates something quite beautiful. Passionate and melodic vocals, Americana centred musical grooves, with shades of rock & roll for good measure, this song has some real edge and a good few hooks to ensure some repeat plays. 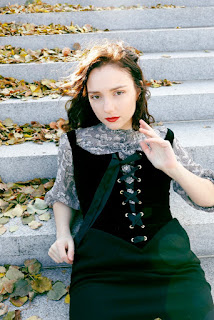 Sur Back - Anyone Else.

Background - NYC-based, orchestral pop artist, Sur Back, shares her new track "Anyone Else" off her follow up EP, Kitsch II, due out February 23rd, 2018. The EP was written, recorded and produced by Sur Back, and mixed and mastered by Patrick Brown of Different Fur Studios (Toro y Moi, Grimes, Zola Jesus, K. Flay, The Morning Benders).

Sur Back is the solo project of Caroline Sans, a formally trained dancer and musician, who channels the two forms of art into a baroque pop aesthetic. Kitsch II is Kitsch's darker, more somber cousin, as displayed by the similar, but darker, album art. Although most of the second EP's tracks were written around the same time as the first EP, as a collection, the record has taken on a new meaning with Sur Back's transition to living in the city and moving away from her childhood home.

While finishing production of this record, Sur Back moved from South Florida to NYC, which is reflected through the EP's wide-eyed optimism and dreamlike aesthetic. "Valentino" was written as if scoring a fashion show, with a straightforward beat with a bit of jaggedness, as if walking in heels. The gorgeous instrumental layers that Sur Back is able to produce and write alone in her bedroom pushes past the typical DIY sound of bedroom pop. WEBSITE, FACEBOOK.

Earlier this month we shared 'Valentino' and Sur Back quickly returns with another imaginative song in the form of  'Anyone Else'. Described as "orchestral pop", there is a grandness and depth to her music, that leaves that tag as something of an understatement. Maybe unique, creative and inventive pop is a more suitable label.