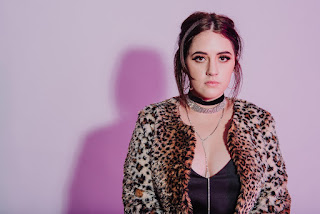 Background - Tia Gostelow will top off what has been a hugely successful year with the announcement of her debut EP Status Anxiety via AntiFragile Music on February 16, 2018, which will include her never-before-heard track, “Giants”.  The EP will follow the 18- year- old indie rock songstress signing with the US label in 2017, along with a world wide publishing deal with National Tongue and has joining Footstomp Music/ Kandence Group Management's fantastic roster of artists. The EP will include her smash track “Hunger,” which has garnered over 500,000 streams since premiering in November, gained inclusion on multiple top playlists such as Spotify’s “Indie Arrivals,” and found its spot on Triple J’s Top 10 Most Played list in early January.

One of Australia’s most promising emerging talents, Tia and her band have recently toured alongside Frightened Rabbit, Bernard Fanning, Busby Marou, and Husky, performed a feature showcase at Bigsound 2016/ 2017. Folk Singer/ Songwriter Winner of Queensland Music Awards 2017, Tia Gostelow values the art of songwriting and creating music with integrity:

“I make sense of life through song. I really live and breathe music - it has to be sincere, from the heart. And I think it’s beautiful when people can relate to songs in their own ways with their own stories.”

Tia Gostelow’s EP marks the beginning of what is an already stellar career. (Status Anxiety)In 2018, the young vocalist is expected to drop her first full length LP, perform to sold out crowds across Australia, and will be headed across the pond for SXSW and a highly anticipated US tour. FACEBOOK.

We are a little late to the parade with 'Hunger' however, as the EP (Status Anxiety) from which this superb alt rocker is taken, is due to drop next month, let this be a kindly reminder to make sure you check that out as well.

Background -  Candace's has just shared the video for "Rewind," the first single off of their upcoming full-length, New Ruins, which comes out on March 2nd.

Candace (formerly known as Is/Is) can be traced back to the summer of 2009 when Sarah Rose (guitar/bass/vocals), Sarah Nienaber (guitar/bass/vocals), and Mara Appel DesLauriers (drums/vocals) came up with the great idea to make music together. The band released the This Happening EP (2010), the “Vowel Movements/Blackest Beat” 7” (2011), their full-length debut, III, in 2012, Is/Is (2014), and a number of singles before announcing their name change to Candace in 2016. New Future, the band’s first official release under the new name, was produced, recorded, and mixed by Neil Weir and Candace at Jackpot! Recording Studio in Portland, Oregon, where the band all lives.

Writing momentum stayed steady following the release of New Future so the band took a trip to Iowa just a few days after Trump was elected to work on some new material. Working with long-time collaborator Neil Weir, at Flat Black Studios, built in an old barn in the middle of nowhere outside of Iowa City, surrounded by corn fields and nothing else, they ate frozen pizza, tracked for 12-hours a day, and then passed out in a loft sleeping area above the studio. Once the songs were done, the band handed the finished material off to Larry Crane at Jackpot! for mixing. WEBSITE, FACEBOOK.

There are some desirable & highly melodic guitar vibes on 'Rewind', a dreamy and lush indie rocker meets dream pop type of song. This is one of those tracks you can close your eyes to and become totally immersed in, fabulous! 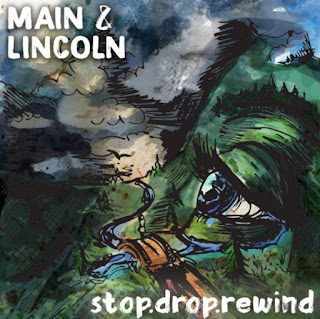 Background - Here is  the latest from stop.drop.rewind, "Main & Lincoln" off their just-released album, Element & Aftermath. stop.drop.rewind is a progressive/powerpop band from Valparaiso, IN. ​

They have performed in 12 states, and opened for The Misfits, Secondhand Serenade, Ronnie Winter, Hawthorne Heights, Amber Pacific, Real Friends, The Spill Canvas, among many others. 2016's EP “Polarity” was acclaimed by local media personalities and publications such as Tom Lounges (X-Rock, WLPR), John King (WVLP), the Broken Record Press, and landed them a spot on Pandora. WEBSITE, FACEBOOK.

Following on from the song 'I Was A Portrait' which we shared back in December, we now have 'Main & Lincoln'. It's another feisty rocker, where the vocals carry the melody and the band just get on and deliver some energised rock&roll. 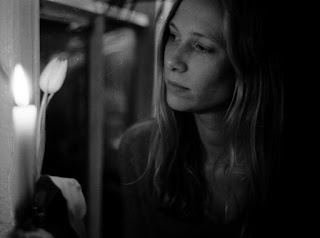 Background - Bay Area artist Roxy Rawson has just shared her new single "Black Eyed Soup". The single is the first from forthcoming album Quenching the Kill, due out later this year.

Rawson gives us a whimsical and upbeat acappella track to snap along to as it slowly builds. She sings the story of a soup with eyes she ate in China that not only turned her stomach, but reminded her of a relationship that in the end, looked just as mangled and unappealing as the soup. “The song was my way of celebrating my discernment that the love wasn't right." Rawson’s quirky and energetic anti-folk style adds to itself throughout this track as if it were a choral jazz arrangement.

Born into a Mormon community in Hitchin, Roxanna Rawson was introduced to music through Church hymns, but first found her feet in Paris where she studied violin and piano at University of Paris VIII. Surrounding herself with local jazz performers, she joined several orchestras and spent much of her time studying classical and baroque styles of music. Rawson found her own voice however, developing a unique vocal style through singing ‘jumping jazz intervals’ on the streets of the French capital. She also joined an African Choir, adding yet another multi-cultural layer to her sound.

Rawson left Paris for London in 2004, and  joined an anti-folk collective by the name of AsYet, working alongside alternative original talents such as William Nein, David Goo, Miss Jo Williams, Fiona Bevan and Left with Pictures. She soon attracted the attention of producer and label owner Al Mobbs (Damon Albarn). A development deal with Sony led to her debut EP Changing Things, released on Ambiguous Records (2009) and the coinciding single "Fingers". Quenching the Kill is Roxy's debut full-length album. WEBSITE, FACEBOOK.

'Black Eyed Soup' opens with a simple and stylish accapella arrangement, leaving Roxy Rawson with plenty of room to expand upon. This she does in truck loads, the song is very catchy, her vocals are just gorgeous & so naturally engaging. Simple and yet superb!