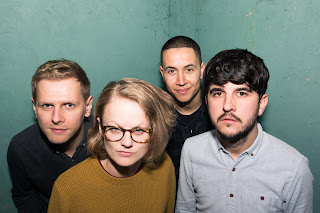 Background - Dreamy Welsh indie outfit Kidsmoke present their latest melodic number Sister Sadness, blending hazy soundscapes with crisp, jangly guitar tones and hushed vocals to perfection in their first release of 2018. Taking a wistful journey through a somewhat dystopian scene, Sister Sadness draws feelings of melancholy and heartache, whilst holding on to a dreamy sense of optimism that resonates within the band’s trademark sound.

Notably incorporating the influences of Bill Ryder Jones’ Two To Birkenhead and Snail Mail’s Thinning, the quartet’s latest delicious slice of indie pop follows on from their 2017 EP Save Your Sorrow and further hints at their raw potential.

With backing on the airwaves from Steve Lamacq (BBC 6 Music Recommends Track Of The Week) alongside widespread approval from the online community (and a sync in Netflix’s Black Mirror), Kidsmoke are primed for the spotlight in the coming months with tour dates dotted across the UK. Produced by Russ Hayes (Orange Sound Recording Studio, Penmaenmawr), Kidsmoke’s Sister Sadness is released on 9th February and will be available on all digital platforms. WEBSITE, FACEBOOK.

There have been some fine artists and new material coming out of Wales this last year or so and Kidsmoke are no exception. 'Sister Sadness' is a charming indie song that mixes melody and feeling beautifully. 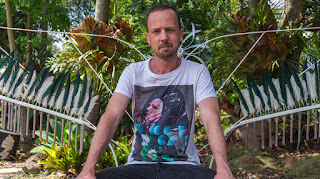 Reichelt - Seduced By The Light Side.

Background - Reichelt is an Australian solo artist, producer & multi-instrumentalist. He’s been writing, recording and performing fiercely original songs for over 15 years. Described as ‘quirky, eclectic and emotive’ Reichelt’s music tugs at the heart, with hand-crafted arrangements and addictive melodies.

The new record Seduced by the Light Side was produced by Luke Reichelt and Guy Cooper at Serotonin Studios on the Gold Coast. Featuring the angelic vocals of Sammy Griffin, keyboards and other instruments by Ian Peres, drums from Jeff Paton and a host of Reichelt's other musical collaborators. Seduced by the Light Side is the first single off the album of the same name. The track tells of a tale of the reluctance to do the right thing. Featuring big choruses and chilled out verses, it’s sure to get stuck in your head.

“I put the album together over about a year. I’d record everything the best I could playing all the instruments and then call amazing friends in to replace bits and help me develop it.”
- Luke Reichelt. The album features a range of sounds and styles, the golden thread being a story told of self exploration.

Reichelt's work consistently articulates complex feelings effortlessly and with lyrical wit. Hopeful and in despair, each album is a mixed bag of lollies. His career has taken him around Australia and Japan and won international song writing awards. WEBSITE, FACEBOOK.

Some powerful guitar licks introduce 'Seduced By The Light Side' before the song eases into a flowing beat and more refined music, the choruses occasionally ramping up the power and emotion. 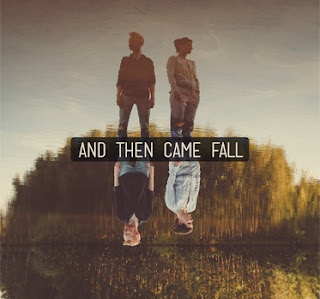 And Then Came Fall - Gambler.

Background - And Then Came Fall sounds like a crushing heat that is blown away by a deep sigh. Annelies Tanghe’s lyrics cut, carve, and scratch their way through your soul, but when wrapped up in Sam Pieter Janssens’ musical cloak, they are distilled into pure beauty. Nothing more, nothing less. About life, about love. A musical statement, eschewing all trends and hypes.

A melancholy autumn journey that leaves you wanting more. Last, but certainly not least, there is hope here, which slowly nestles deep into your heart. This fresh start by Tanghe and Janssens has definitely given sparkle to their oeuvre. After Iza and ZeeSter, they are adding a mature chapter to their stories with And Then Came Fall.

And Then Came Fall is the musical creation of Annelies Tanghe (Iza, ZeeSter) and Sam Pieter Janssens (a.k.a. Klankman), born in Leuven (Belgium). The project was launched last summer, with four demo recordings blossoming from this. The feel was good and the numbers deserved the best framework possible. Which is why they recorded the full album in 2017 in that faithful, old tradition: live, spontaneous, and full of soul.

Together with Koen Gisen (An Pierlé, Bony King, Sarah Ferri, and more), Steven Van Gelder on drums (Lady Linn, Tout va bien, and more), and Jasper Hautekiet on bass (The Rhythm Junks, Admiral Freebee, and more), they immortalised the songs on tape in the legendary La Patrie Studio in Ghent. Pieter Van Dessel (Marble Sounds) and An Pierlé also contributed their vocal virtuosity to the project. WEBSITE, FACEBOOK.

I think it fair to say if the album is just half as good as 'Gambler' then it's gonna be a good one. The only track I have heard, this is a fresh, melodic and very pleasing indie pop of sorts. 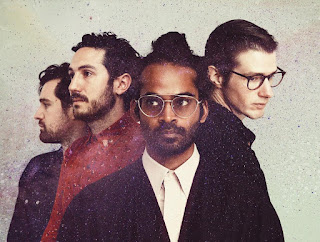 Background - After a flying visit to the UK last week playing a sold out album launch show at The Courtyard Theatre in London, and appearing at the AMAUK (The Americana Music Associated UK) conference alongside Frank Turner, alt-folk quartet Darlingside have announced details of a new single ‘Futures’ plus a handful of UK dates for May 2018.  They’ll also release their music anticipated second album ‘Extralife' via More Doug Records/Thirty Tigers on February 23rd.

‘Extralife' finds Darlingside looking to the future, mourning the loss of our world with an almost post-apocalyptic view. While the subject matter may seem bleak, ‘Extralife' is not without an underlying sense of hope and optimism.  New single ‘Futures’ find the band look forward; While the future might be undefined, depending on what we do right now everything shifts. We have the ability to change the scenes that are ahead of us, for better or for worse, by acting now. WEBSITE, FACEBOOK.

Darlingside are one very polished band. The music is tight and refined on 'Futures' and the vocals and harmonies just add that extra special vibe or feeling, that makes a song standout. 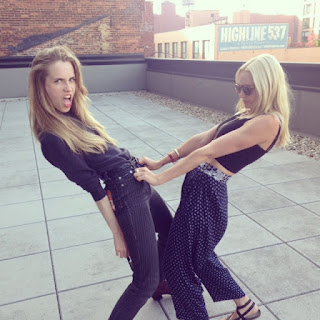 Reni explains of the Jeff Goldblum connection, “I knew Jeff through our mutual friend Vincent D’Onofrio. We bonded over our mutual love of jazz piano and stayed in touch. When we sent him ‘Good Advice’ and asked him to improvise something, to my delight he sent us an 8 minute rant of hilarious anecdotes about bad advice he’d been given in his career.”

FHNY continues the band's collaboration with Adam Schlesinger (Fountains Of Wayne, Ivy) who also produced their debut EP All Work. Reni says, "After releasing All Work, we entered a new stage where we really honed our sound, lyrics, and mood... the new batch of songs takes everything to the next level." Adds Anna, "We want to sing about things we really feel and have fun at the same time."

After releasing the All Work EP, Fever High began to play live, with Adam and drummer Brad Wentworth joining Anna and Reni onstage for a run of club shows, as well as a string of dates supporting synthpop pioneers Book Of Love. They found radio support from influential stations like Los Angeles' KCRW and Austin's KUTX, and their songs showed up in numerous films and TV shows, including the CW comedy Crazy Ex-Girlfriend, Netflix’s To The Bone, and three songs in the 2017 film Fun Mom Dinner. WEBSITE, FACEBOOK.

Fever High impressed us back in November with 'Casting My Spell' a song we commented on with the statement "The production quality gives away that this is a more recent song, the style however is timeless & gorgeous". With the new video for 'Good Advice' it's more of the same, which will do for me! 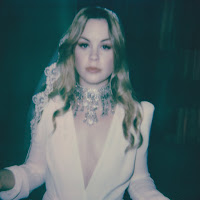 Background - Portland native, Sharaya Summers, tells a story of disillusionment, dysfunction and discovery. As her debut single ‘Light of the Moon’ rapidly gained over half a million streams on Spotify, she prepares to release her full EP in mid 2018.

She's kicked off the new year with a sold-out show opening for Jaws of Love (Local Natives), a feature interview in OC Weekly and a premiere of her lead single "Wonder" on BIRP.FM! FACEBOOK.

From the opening moments 'Wonder' has a gorgeously seductive feel to it, with a level of emotion and sentiment that exudes warmth and feels just so personal, this just begs for another listen...