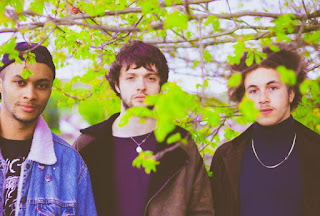 Background - Psych-rockers GRDNS share latest effort Juniper, the second cut from their upcoming EP out later this year. Emerging from the largely forgotten and multi-cultural northern city of Bradford, the indie quartet burst onto the scene in February with woozy, off-kilter rock number Night Dance before heading out on the road with Husky Loops and whenyoung, drawing widespread acclaim in the process.

Discussing the release, frontman Jacob Lyons stated: "Juniper takes influence from both the modern and vintage surf sounds with a prog/alt section at the end but doesn't particularly sound like either. It was the first song we got together as a full band and the lyrics frequently reference the colour blue and a few of its colour palette relatives. The meaning of the song is open to interpretation, like all the rest will be".

GRDNS' own blend of psychedelia, heavily influenced by Tame Impala and Humbug-era Arctic Monkeys, has already landed them support slots with acts including Stereo Honey, Sea Girls and The Pale White and they'll be playing their debut London show in May before an appearance at Live At Leeds. FACEBOOK, TWITTER.

We shared 'Night Dance' from the band just over a month ago describing that track as having "a delectable psychedelic feel." The new song 'Juniper' is more alt rock in nature, with GRDNS comfortably demonstrating that they can explore differing styles whilst retaining an armoury of hooks that makes their music so engaging. It has to be said, the EP is eagerly awaited. 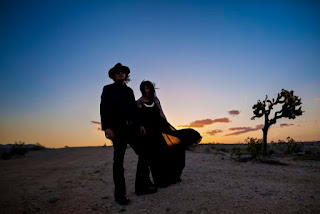 The Division Men - Heaven Knows Why.

Background - "Niños Del Sol" is the 3rd album by The Division Men from Austin, Texas. The album was recorded over a period of two and a half years while touring and living in Texas. Five of the ten songs have been rerecorded. These songs have come off the first LIVE album titled "Live at Clap of Thunder." By revisiting the older songs, the band was able to open itself up to experimentation and collaboration.

The Division Men's named was derived from the idea of artists collaborating from all over the world despite their locations. J. Spencer and wife Caroline continued to actively write and perform together under the already established name.

Caroline was born in San Antonio, Texas. She spent her childhood surrounded by music. Caroline is the granddaughter to the master craftsman, Don Martin Macias, known for his handcrafted bajo sextos. Proud of the craft of her grandfather, she made an effort early on to make music an active part of her life by first experimenting with school band & later picking up the bass guitar. From 2007 until 2012, she played bass guitar for Tito & Tarantula. J. Spencer Portillo was born in Los Angeles, California but was raised in El Paso, Texas. His El Paso roots offer a huge influence on the lyrics which frequently present atmospheric portraits of love, life in a border town and death.

The new album was recorded at their in-home studio in Austin, Texas. The Division Men has a distinctive sound that has been described as dark, romantic, ethereal and haunting. The Division Men will be actively touring and promoting their new album "Niños Del Sol" from August to December 2018. WEBSITE.

From the opening moments the musical production signals quality and depth as 'Heaven Knows Why' quickly unfolds. That's hardly surprising considering the calibre of those who have worked on the new album, beyond quality however there is heart and passion in abundance. I'm not sure what genre to try and fit this song into, lets just say it's unavoidably addictive. 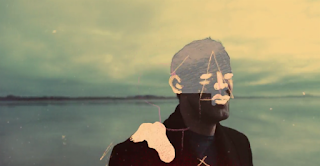 Background - Preoccupations are days away from unleashing their latest creation New Material, out this Friday on Flemish Eye in Canada (Jagjaguwar in the rest of the world). Now the band are following with a third single and a stunning new video directed by Ruff Mercy. The video for “Disarray” was shot at Saunton Sands in North Devon in the UK and features Matt Flegel, the band’s songwriter, vocalist and bass player.

Matt says, "When I was writing "Disarray", it started off with an image of a mother combing her daughters hair that came into my mind, I liked the metaphor of splitting the braids and combing through the tangles, and wrote the rest of the lyrics around that image. This song sat untouched for close to 6 months as a recording with just bass and drums before we came back to it and wrote and recorded the guitar line while out of our minds one night in the early AM."

Director Ruff Mercy noted, "For me the word Disarray conjures up images of a mind unravelling in a chaotic way. I wanted to physically show that inner turmoil without having to have Matt or an actor run around with a painted face looking distressed so to cut up and distort and draw over Matt’s image felt like an interesting way to show this."

Preoccupations are preparing for their next world tour which kicks off next month with shows in Toronto (The Garrison, April 13, and a  Horseshoe Tavern on April 14) and then Montreal (Theatre Plaza, April 16). The 4-piece will then tour the North America with dates in Winnipeg, Edmonton, two in Calgary and Vancouver on May 9th, before continuing on an extensive tour of the UK and Europe. WEBSITE, FACEBOOK.

Preoccupations are getting plenty of attention with 'Disarray' having 20 thousand plus views before I can even embed it here. Dreamy indie pop/rock with just a hint of bands like The Psychedelic Furs, this is one gorgeous song from a band who are clearly on something of a well earned roll right now.