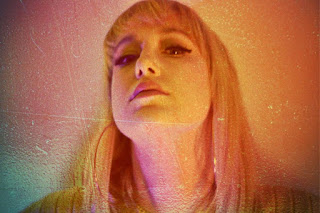 Background - MAWD is the moniker of California musician and songwriter Madeline Matthews. Her stunning compositions fuse rock’n’roll, folk/blues and pop. The soulful, textured timbre of MAWD is diverse and ranges anywhere from a breathy and sultry folk/blues vibe, to a powerful Janis Joplin-esque/Karen O. belt.

MAWD’s upcoming single ‘Dark Room’, profiles the feeling of isolation that so many of today’s use experience today. “I felt like I was going crazy, sitting in my dark dingy dorm room, struggling with the longing for a comforting feeling, trying to fit in, feeling like a stranger in my skin, and discovering a new dark part of my mind”, reveals MAWD. ‘Dark Room’ is an explosion of soulful husky vocals, over gritty guitars and powerful driving rhythms. MAWD has been compared to the likes of Elle King, Janis Joplin and Alabama Shakes.

Her debut self titled EP is produced by Roger Gisborne of Los Angeles based record label Sound x3 and Josiah Mezzaschi (Rilo Kiley, Kate Nash, The Jesus and The Mary Chain) and mastered by Brian Lucey (The Black Keys, Beck, The Kills). MAWD has headlined sold out shows across the globe and will be performing at SXSW this spring. ‘Dark Room’ is currently available worldwide. FACEBOOK, TWITTER.

The vocals have some fine and natural blues vibes to them on 'Dark Room' a soulful rocker that has both passion and plenty of "play me again" hooks, it's natural and desirable. 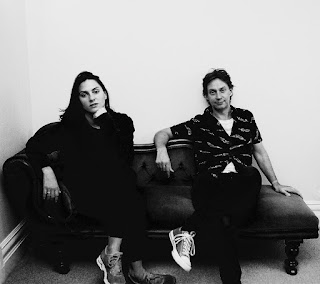 Background - London duo Atlantic Machine have released thier debut single Automatic (16th March) followed by the album Mosquito on 18th May. Atlantic Machine are Producer and Grammy award winning Engineer Jim Lowe (Stereophonics, The Dandy Warhols, The Charlatans) and Vocalist and Guitarist Tiffany Page, who first met in the studio before forming their own musical partnership.

The pairing sees the baritone voice of Jim mixed with Tiffany’s raspy tones to create a unique new wave sound. Debut single Automatic is a dark electro-pop track that builds with synths and strings to a powerful and emotive chorus. The band say;

Atlantic Machine gradually increase the power on 'Automatic' where a seductive vocal duet is backed by an increasingly layered sound-scape, where mystery abounds. 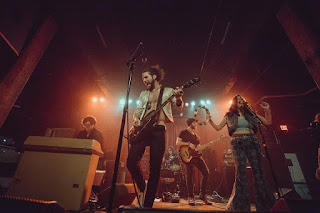 Krantz - Until We Meet Again / Run Away.

Background - Nashville-based, alt/psych-rock band, Krantz,  drop new lyric video, "Run Away From Me” and single "Until We Meet Again" from their upcoming EP, The Pennock Tapes, due out April 27.  The single is an anthem dedicated to feeling stuck in a rut and disheartened by living in the shadows  and realizing how  nothing is going to change unless one takes a chance.

With a retro style and influence from the golden age of rock and roll, but with a modern touch, Jeffrey Krantz and his band bring a psychedelic/pop/rock edge equipped with an in-your face attitude.

Influenced by his drummer father and the Beatles, he embraced music as an expressive medium at the early age of 12, and developed himself as a musician, songwriter and artist. Leaving his home state of Iowa, traveling the world, touring over 200 days per year with the “Effects” and opening for bands such as the Kings of Leon, Shinedown, Foreigner and the Toadies, Jeffrey made the decision to “live the dream” and eventually landed in Nashville.

Recognizing the world was in dire need of some melodic rock he continued to write, record and eventually self-produced his own self-titled album. Krantz hit the studio between tapings of MTV’s music competition, “American Supergroup” where he eventually became a finalist in the competition.

A entwinement of provocative lyrics and no-holds rock and roll, Krantz sees his music as a balanced combination of frantic ecstasy and introspective depths. Alternating between crazy antics, a dash of face paint, and a meaningful look within, Krantz feels that his music is the perfect blend of his extroverted personality. Drawing from his influences of The Beatles, Weezer, and T-Rex, Krantz looks for meaning and purpose within his rock N Roll sound. WEBSITE, FACEBOOK.

'Until We Meet Again' opens with some classic riffs and a gorgeous guitar sound whilst the vocals are refined and easy on the ear. With 'Run Away' we have more gorgeous rock vibes and once again the melodic hooks are there in abundance. The band clearly have a knack for catchy unpretentious rock songs, that's plenty enough for me! 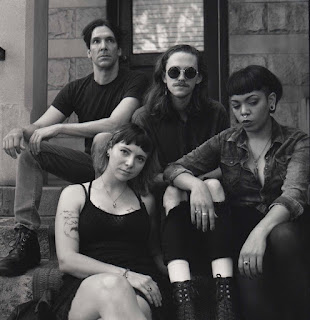 Background - “Avoidance” is the second new single and music video that the Chicago post-punk band Ganser has shared from their forthcoming debut album Odd Talk (out 4/20 via No Trend Records). “Avoidance” is a sharp pain of miscommunication, the exhaustion of trying to be understood by someone you love but your language is all wrong. Ultimately, the effort is pointless. Nadia Garofalo's voice rises and falls with synth washes over driving bass and drums, while Charlie Landsman's guitar punctuates with sharp flourishes. In the video, cars race in a sparse desert landscape towards an unknown end.

Throughout Odd Talk, Ganser’s amorphous sound takes on the form of their comedically grim, absurdist subject matter. Exercising both introverted melody and extroverted noise, the band finds meaning through echolalic shouts and murmurs. Garofalo shouts and barks with an acerbic edge, while Alicia Gaines' vocals soothe and swell. Mumbled, spit out, Ganser explores communication breakdown from beginning to end... seeking meaning in mess, they sort through syllables and signals to find the right words. “Avoidance” follows the album’s first critically-acclaimed first single “PSY OPS” (buy/stream), which came out last month.

After the bands’ headlining record release show @ Glitter Creeps’ party at the Empty Bottle on 4/16, the band will also be heading out on tour in support of Odd Talk (all dates below). They’ll be performing a string of shows with Bloody Knives before heading venturing out on their own in the Southeast. WEBSITE, TWITTER.

It is just four weeks since we shared the first single (Psy Ops) from Ganser, 'Avoidance' makes for a very welcome follow up. The music video is retro (just love those classic cars), the song a potent rocker packed with determination and emotion, expect plenty more on the forthcoming album, it's going to be worth the wait.