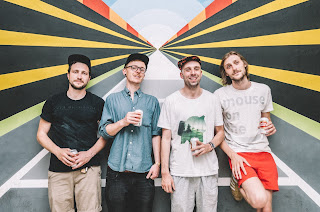 Background - Brighton math-rock band Delta Sleep announce their return, sharing a new video for their first single in 3 years entitled ‘El Pastor’. The new single is taken from the bands highly anticipated second record, which follows on from their widely acclaimed debut album ‘Twin Galaxies’, which earned plaudits from the likes of Clash, GoldFlakePaint, Q, Rock Sound and more.

Accompanying the new single, Delta Sleep have also announced a US tour (dates below) to start this autumn. The quartet’s live show is a force to reckoned with. Intense, captivating and extremely tight, they win over their audience at every turn. This has led the band to tour across the UK, Europe, Japan and Mexico since their 2008 formation, whilst also repeatedly appearing at festivals such as ArcTanGent, Handmade Festival, Truck Festival and 2000 Trees. FACEBOOK.

Crisp and rhythmic music contrasts beautifully with more melodic vocals and harmonies on 'El Pastor' which occasionally explode with intensity, this is math rock at it's best. 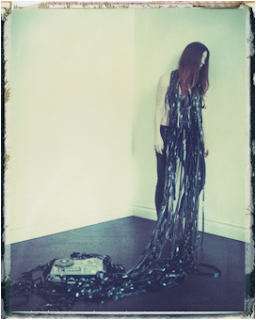 Uma E Fernqvist - For U.

Background - Having been one of the world’s foremost professional dancers for more than 20 years, Sweden’s Uma E Fernqvist has now taken her love of movement and music to compose her very first EP, ‘Reverse’, just released on the 11th May via Jubel.

Inspired by the ethereal 90s trip-hop movement, spearheaded by Lamb and Portishead, as well as her own involvement in the cinematic world of dance, ‘Reverse’ plays as a truly mesmerising experience. Bringing together a mix of blissful instrumentation and pulsing percussion, Uma E is setting herself up as an artist with great passion and a true eye for captivating rhythm.

From the glitching, Bjork-inspired opener ‘Stay’ to the atmospheric closer ‘For You’, ‘Reverse’ aims to collect all the various inspirations from her career in theatre and bring them to a more personal and intimate arena. Haunting yet vulnerable, her debut EP is the result of a life of sheer expression poured out on stereo.

Speaking on the EP, Uma stated: “The songs on "Reverse" have grown out of thoughts about finding back to something in oneself, in relation to how one get affected by “life”... about waiting for one self, finding back to something lost. But I want the texts to be open for interpretation, the lyrics have double, triple meaning ... To me, they even have change meaning during the time spent completing the Ep'n.

Both me and the songwriter and producer Peter Svenzon were inspired by the 90's Trip hop and groups such as Massive Attack and Portishead. We investigated and experimented for a long time to find the right sound, and found that the textures were very important and that we wanted a cinematic feel that is especially noted in intron and outron at Ep'n. In the search for the right sound, we also contacted the multiple Grammys winner Mandy Parnell at Black Saloon Studios in London for mastering the songs.” FACEBOOK.

Uma E Fernqvist's first EP is an impressive affair, as is demonstrated by 'For U' where flowing atmospheric vibes, are matched by gentle and emotive vocals that exude feeling. At just over eight minutes this song draws the listener into a fascinating musical world of textures and blissful backdrops.