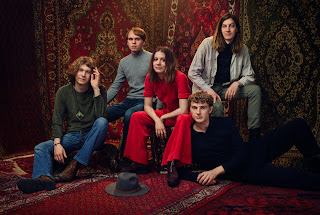 Background - La Lusid is the Stockholm based up and coming band that will release their first album in the fall of 2018 that will follow last years well received EP ”Legend”. Together they play indiepop music with beautiful melodies and dynamic vocal arrangements.

”Safe & sound” is the third single from the upcoming album. It's filled with 60 & 70's influences and is the perfect indiepop ballad that will make you truly excited to hear more from La lusid.

Our first feature for La Lusid was just a few weeks ago when we shared 'Empty Bones' a song that we described as "An easy going indie song, the vocals come across as personal and are melodic and engaging." Clearly the band have a knack for creating refined indie pop music as the latest share 'Safe & Sound' confirms, with it's gentle and melodic ballad vibes. 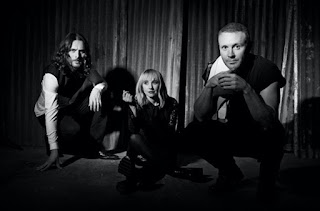 The Joy Formidable - Dance Of The Lotus.

Background - As The Joy Formidable prepare for their sold-out show at Meltdown Festival next month, the Welsh trio are ready to share a brand new track from their forthcoming album, and announce a UK headline date at The Lexington, London.

“Dance of the Lotus” and its accompanying video will give fans their first glimpse of new material from The Joy Formidable and will provide a special preview of a record rumoured to be their most vibrant and experimental yet. Heavily inspired by the artwork of bassist Rhydian Dafydd, the animation for the video was done by the award-winning Boston production team Trllm.

“We wanted to share this album track with the people who have supported us to give them a glimpse of what we’ve been working on, and this track is right at the heart of our new record,” says lead vocalist Ritzy Bryan. “It’s magical and lonely, like a night-time walk in the desert when you’re trying to escape from yourself and the chaos you’ve created.”

Although the album came into being as the band travelled the globe and recorded in their mobile recording studio, the music intertwines the whispering hills of Wales with the otherworldly rainbow canyons of the Utah / Arizona border. WEBSITE.

'Dance Of The Lotus' is an intriguing mixture of rock power, softer and occasionally whispered vocals and anthem sized moments of glory. Put together this bodes very well for their keenly awaited new album. 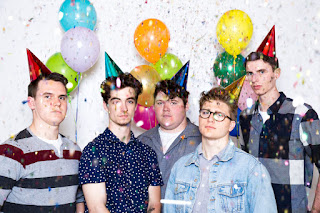 Background from Run Maggie Run - Formed in late 2015, Run Maggie Run began as the solo project of our singer/rhythm guitarist Gavin Rees. Named after a bittersweet childhood memory, that nostalgic, rose-tinted sadness was made abundantly clear in the first solo EP that Gavin recorded by himself in his basement. While the initial recording was full of Run Maggie Run’s emotional feel, it wasn’t until we joined forces that our defining sound began to take shape.

Our debut, self-titled album is of a different era. Since its release, we’ve had a major lineup change, added a variety of new sounds to our repertoire, and have all grown so much – both individually and collectively. These developments, along with the experience gained from the first record, have us very excited for this next chapter in our career.

No song better signifies this change than “Endlessly.” We wrote this tune during the first few months following the lineup change, and the success of writing it definitely helped push us through that awkward, transitional phase. Arguably, it’s what gave us the confidence to keep moving forward. FACEBOOK.

Fabulous and dramatic vocals and a band that are equally passionate ensures that 'Endlessly' doesn't just grab your attention, it compels you stop what your doing and just listen. If an "awkward transitional phase" leads to music like this, then those difficult moments have clearly paid off.