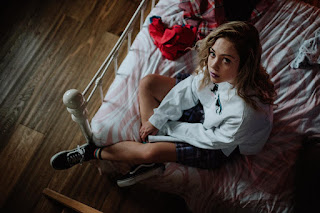 Background - Fresh off the back of her heavily coveted single ‘Call Shotgun’, a release that landed her praise at The Line Of Best Fit, Clash, BBC Radio 1, 6Music as well as a spot as BBC Introducing’s Track Of The Week, Isle Of Wight native Lauran Hibberd returns with the release of her new cut ‘What Do Girls Want?’ out now via Be-Known Music.

Continuing her brand of off-kilter indie-pop, ‘What Do Girls Want?’ channels the tongue-in-cheek lyrical flow of Courtney Barnett, as she soars through energetic guitar riffs and ironical content to deliver a wonderfully catchy return to the scene.

With influences stemming from bands like Weezer, the frontwoman’s latest single is a stern slap in the face for conventional attitudes. Treading her own path in the industry, this latest release cements her as one of the most exciting and divisive new names in British’s indie music.

Speaking about the new single, Lauran explained, “For me, ‘What Do Girls Want?’ is a good punch to the mouth. It’s sarcastic, and bleakly honest. It highlights what it feels like to be young, and obsesses over the ideas that come with being just that.” TWITTER.

We featured Lauren Hibberd three times last year and although it's been a while 'What Do Girls Want?' was worth the wait. Actually if we had picked up on 'Call Shotgun' a couple of months ago, this would be our second 2018 share, but better late than never so here are both splendid songs. Once again our Isle Of Wight musical favourite delivers her infectious brand of charming pop with style. 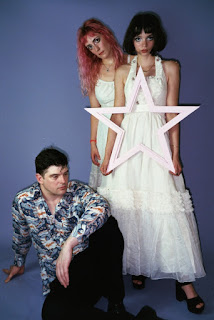 Wooing - Could Have Been.

Background - Wooing has announced a new 7", The Clouds, due out November 9th via Kanine Records. It features singles "Could Have Been" and "In Her Head," the first two Wooing songs that were written collaboratively by all three members: multi-instrumentalist and lead singer Rachel Trachtenburg, guitarist JR Thomason, and drummer Rosie Slater.

The band have just shared a video for "Could Have Been," a song that examines the disappointment of shallow friendships and the need to move on from them. With a hazy, dream-like quality that matches the song's swirling, psych-tinged vibe.

Trachtenburg has been performing in the New York music scene since she was six years old, first with The Trachtenburg Family Slideshow Players and later in Supercute! (alongside Slater.) With Wooing, her haunting, etherial vocals float above echoing guitars, for a sound that mixes elements of '90s rock acts like Helium and Quasi with the sounds of '60s Syd Barrett. The band has shared stages with San Cisco, Black Lips, Dream Wire, Hinds, and more. WEBSITE.

'Could Have Been' is an expansive indie rocker packed with power, emotion and plenty of musical hooks. The trio have a distinct sound where potent rock is balanced with some melody, and a fine hint of psychedelic feel, and just a little loose rock and roll swagger. 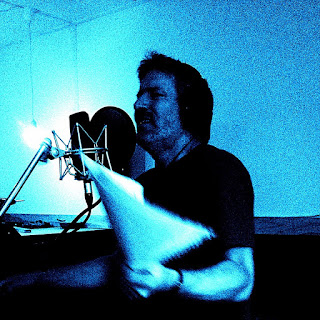 ElectroBluesSociety feat Michel Peters - I Got My Mojo Workin.

Background - ElectroBluesSociety is formed by Jasper Mortier and Jan Mittendorp: two guys and a bunch of junk with a broad taste and an open mind mixing the old with the new.

Modern technologies combined with 30+ years of live stage experience in the European blues / roots music scene. The musical input ranges from Alan Lomax to Roxy Music and from Charlie Parker to Led Zeppelin.

On stage you will find computers, a double bass, foot pedals, vintage amps, midi controllers, an old drumkit and lots of cables. All of this handled by the two band members.

This time they took a classic blues song and invited Michel Peters for the vocals, RECORD LABEL.

This is our third feature for ElectroBluesSociety this time the vocals are provided by Michel Peters on 'I Got My Mojo Workin'. Once again the mixture of timeless natural blues is performed with passion and the modern electro influences add another fabulous dimension to the song.