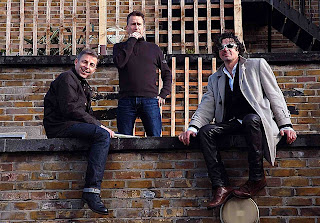 London electronic music outfit Rude Audio have announced 'Rumble on Arab St' as the final single off their new 'Rude Redux' EP, accompanied by a video created by Robert Bell.

This new release sees the band refine their trademark sound, fusing their love of woozy dub with throbbing electronics. Here, house music, flecked with Arab and Indian vibes, also shamelessly cavorts with dub. These five tracks go down easy and brings you into sci-fi trance mode.

Ahead of this release, Rude Audio previewed 'To The Sun', complete with a new virtual reality-inspired video, directed by Ali Ingle, as well as 'To The Half Moon', for which Robert Bell also created the video.

Earlier Andrew Weatherall, premiered several tracks from the new EP on his radio show. This EP appeal to fans of Weatherall himself, as well as The Orb, Future Sound of London, Duncan Gray, Adrian Sherwood, On-U-Sound, Hot Chip, and Jagwar Ma.

Based in South London, Rude Audio is a collective with a history of putting on fantastic underground parties, releasing the occasional dubby Balearic opus, engineering for the disparate likes of Paul Weller, Lemon Jelly and Royal Blood and generally mooching about anywhere that doesn’t have bouncers or operate a dress code. WEBSITE.

We shared 'To The Sun' from the 'Rude Redux' E.P. back in August and commented at the time "If dub or electronic music in any shape or size is of interest to you, then dive head first into Rude Audio's music, your in for a very pleasant musical journey". 'Rumble on Arab St' the final single from the collection, I would suggest confirms that our comments regarding Rude Audio's music were reasonable to say the least. 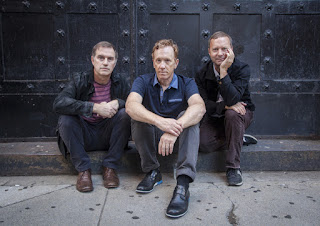 Ahead of their forthcoming European tour, which starts in Copenhagen on 27 November, Buffalo Tom share the new video for "Overtime", a song that appeared on their recent album Quiet and Peace, out now on Schoolkids Records.

The video was directed by Rachel Lichtman from Network77.com (an absurdist music-and-comedy sketch web series). It was edited by drummer Tom Maginnis' daughter Marlena.

Singer-guitarist Bill Janovitz explains more about the video: "The idea came from the song lyric. Rachel wanted to depict a real woman at various points in her life, from childhood into motherhood. She had some of her own Super 8 footage of her mom Susan. When Rachel loaded it with the music, it just seemed to synch up perfectly. There was this footage of her mom from childhood to motherhood, all Super 8, which has to be a fairly rare case for someone of that generation.

So it is all real vintage footage of one person's pivot points, from young childhood to young adulthood. Also Tom’s daughter Marlena Maginnis edited the video, so its all in the family!"

'Overtime' typifies the sheer quality of Buffalo Tom's music, in this case as Americana and Alt Rock seemingly merge together beautifully. The video makes for a fine companion.