January 30, 2019
Wild Rivers is both beautiful and emotional, a song from the heart, where both the band and the harmonies naturally and skillfully connect. The new song from Magnetic Skies is a taster for three E.P's due this year and bodes well with it's subtle melodies and lush musical arrangement. The Indica Gallery have a style that spans decades and yet is fresh as the band carve out a distinct and highly likable sound. 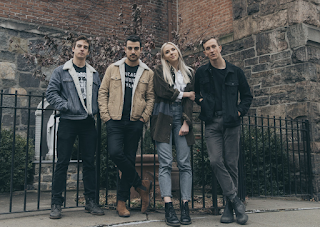 2018 was an incredible gift. We toured North America extensively and met people who share a connection to our music. However, the reality of being touring musicians means that we often find ourselves in unfamiliar situations, far away from the things – and the people – that provide love and comfort.

Our new song, “Moving Target,” is the message you leave for the person back home. It’s about what we do to protect ourselves when relationships get difficult, and the realization that cutting yourself off can do more harm than good.

“Moving Target” was recorded live off the floor with our producer, Dan Hosh. After playing it night after night on the road last year, we really wanted to hone those sensations of vulnerability and earnestness.

We’re back home now, busy writing for our next project and gearing up to headline some shows (dates below!) around Canada and the States. As we sink our teeth into some new songs, our excitement to build on what’s next grows. 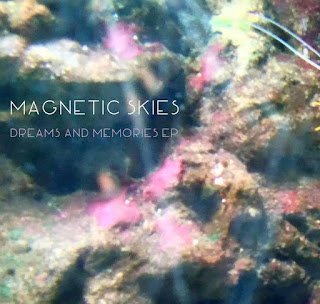 Magnetic Skies formed in early 2018 when singer-songwriter Simon Kent and vocalist/programmer Jo Womar were commissioned to collaborate for a one-off arts/charity live show. During rehearsals the pair discovered that they had a common love for electronic music and mapped out dates to experiment with writing songs for a potential band project. Simon’s latest solo album had received airplay on national radio, and live shows included touring with established artists like Echo & The Bunnymen, Emma Stevens and The Christians - but things went so well that he decided to take a hiatus to concentrate on the new project.

Simon says, “the Magnetic Skies songs took on a life and direction of their own, everything just flowed. Although I had a great band and backing at radio, sometimes you just have to follow your instinct and your heart. And this is where my heart wants me to go.”

Songwriting over the summer resulted in a selection of songs ranging from melody-driven electronic pop to atmospheric ambient songs which form the basis of 3 EPs the band will release in 2019, with a full-length album to follow. Jo says, “writing the songs has been a really exciting adventure! I have a really cool collection of analogue and digital synthesizers, which are the foundation for the tracks. Simon can play a bit of everything, so he was able to contribute keys, guitars and bass to finish everything off.”. 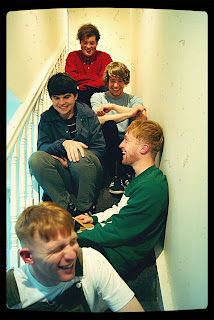 The Indica Gallery - Wait For Your Love.

The new single from Liverpool quintet The Indica Gallery ‘Wait For Your Love’, came out Monday via Someone Great Records/PIAS.

Formed in early 2018, The Indica Gallery have a blossoming sound that blends 60s and 70s pop with modern psychedelic overtones and poetic Northern grit.

‘Wait For Your Love’ is a love letter personified in a 50’s-esque torch song.