March 15, 2019
We featured Melby a couple of times last year and now ahead of their debut album due in April we have 'VCR'. It's an expansive indie rocker from the band and gives a glimpse of the album which packs some real variety driven by their distinctive sound. Skand have shared a new video today for 'Down To My River' a refreshing and uplifting modern folk song from this refined duo. 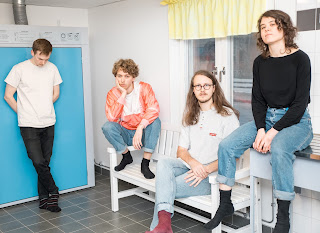 Since debuting with catchy single Human early 2016 things have moved steady for Stockholm psych pop act Melby. The 2017 debut EP received praise from both Swedish and international sources such as Amazing Radio, Ja Ja Ja and Line of Best Fit, making Melby one of the most exciting names on the Swedish indie scene. The band returned with Reject and Overthinking last year, a year which then saw tour dates in London and Berlin, as well as all over Sweden. Debut album None of this makes me worry is yet another piece to the exciting puzzle that is Melby's music and another step in what is forming to be one very promising career.

The album is out April 12th on all digital platforms and limited vinyl via Stockholm label Rama Lama Records and Sinnbus.

The band often gets comparison to fellow swedes Dungen and Amason but Melby’s dynamic sound, with influences from folk, psych, indie and pop, stand out. The quartets light, semi-psychedelic folk pop is led by Matilda Wiezell’s enchanting voice which fits perfectly with Melby’s unique musical landscape - a sound that's been called "otherworldly, and wholly brilliant" by The Line of Best Fit. The band consists of Wiezell, Are Engen Steinsholm (back-up vocals, guitar), David Jehrlander (bass) and Teo Jernkvist (drums) and formed while living together in a Stockholm shared housing.

None of this makes me worry catches all of Melbys many qualities in a way that truly represents the bands musical expressions. Beautifully intertwined song and guitar melodies are often in focus and ranges between catchy pop to emotional melancholy. From childish, playful opener VCR to the closing dynamic live favourite Stalker there is a common theme, even if the inspiration comes from a wide variety of directions. 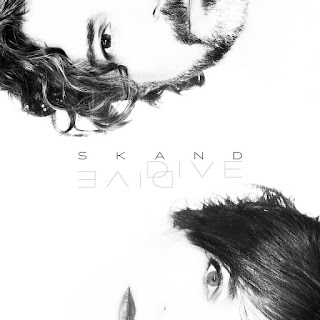 Skand - Down To My River.

The duo band Skand from Marseille, France is releasing its first music video, Down To My River, from their album Dive an "Intimist Rock" album with a touch of blues.

Probably the most introspective and Folk track of the album, Down To My River asks us to dig deep within, to turn our gaze towards our own sensations, emotions, memories and projections.

It is about (re)-connecting to the present moment, and, in the midst of our inner chaos, to experience a feeling of peace.

For this track, Skand chose to use natural and organic sounds (leather, clay, wood...) and tribal voices evoking links with nature and roots. Gospel influences also elude to a sense of spirituality.