March 13, 2019
A semi-surreal music video accompanies 'Stimulus For Living' from Drahla but it's the bands creative mixture of punk and art rock that makes it's mark in a big way. Dylan LeBlanc's vocals are fabulous and 'Renegade' is one hook filled rocker, ahead of his next album due out in June. Tempesst make a much welcome return to Beehive Candy, their stylish alt rock has a fresher indie feel on 'Is this all that there is?' a catchy and very likable tune. 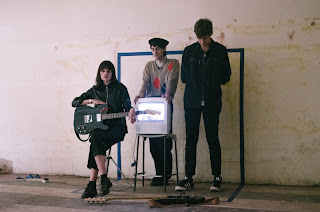 Leeds-formed three-piece Drahla have announced their highly-anticipated debut album 'Useless Coordinates' will be released via Captured Tracks on May 3rd 2019. The band have shared the arresting first single 'Stimulus for Living' as a taster of the album along with a video.

‘Stimulus For Living’ is the second track taken from ‘Useless Coordinates’ following the release of ‘Twelves Divisions Of The Day’ last summer. The album was recorded in Yorkshire in the second half of 2018, and sees the band’s sound continue to evolve with the addition of saxophonist Chris Duffin across the record. Since finishing ‘Useless Coordinates’ the band have spent their time touring the US and Europe, including stops at Eurosonic and La Route Du Rock this winter.

Blending wiry, dark post-punk with unpredictable art-rock, Drahla have established themselves as a formidable and distinctive band across their three sold out 7” singles and 2017's Third Article EP. Formed in late 2015, Drahla quickly found their identity in Yorkshire’s fertile music scene with their minimal yet robust bass-heavy sound. Their reputation as a fervent live act is ever-growing, with the band being asked to share stages with the likes of Parquet Courts, METZ, Ought, Buzzcocks, The Cribs and multiple festival appearances - including Meltdown at the request of The Cure’s Robert Smith. (Photo - Sam Joyce). 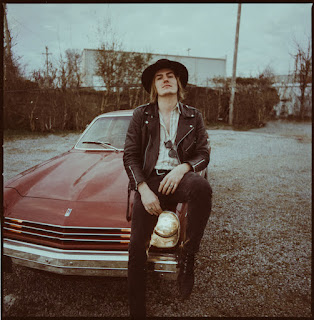 'Renegade', the new album from acclaimed musician Dylan LeBlanc, will be released on 7th June through ATO Records. Produced by Grammy Award-winning Dave Cobb, the album features ten new songs including the first single and title track, which is out now.

Recorded at Cobb’s RCA Studio A in Nashville, the 10-song album features LeBlanc and his longtime band, The Pollies. Of the album, LeBlanc shares, “I wanted to write the same type of songs that matched the atmosphere the band and I were bringing live. So, I started with ‘Renegade,’ which was fitting since I felt myself going in a new, more intense direction with this record. In the studio, I let go almost absolutely and let Dave Cobb do his work. It was a different experience for me—how focused Cobb was and how quickly we would get live takes down. Mostly in one or two takes. Never more than three. It left me spinning at how quickly it all came together. With beautiful gear and a keen ear, it was fun to work with my best friends alongside Cobb. Over the course of ten days 'Renegade' was complete and ready for mastering. And I couldn’t be more excited to share it with you.”

Born in Shreveport, LA with time spent in Muscle Shoals, AL, LeBlanc has released three full-length albums including his most recent, 2016’s Cautionary Tale, which featured Brittany Howard (Alabama Shakes) and was produced by John Paul White (The Civil Wars) and Ben Tanner (Alabama Shakes). Of the music, NPR Music praised, “The third album from the Muscle Shoals singer-songwriter unfolds with the wariness of a social and spiritual outsider who broods his way to graceful defiance,” while No Depression declared, “There’s not a single song that deserves to be skipped on Tale—it’s a near flawless record, cohesive and self-assured.” Since his debut in 2010, LeBlanc has toured extensively worldwide including shows with Bruce Springsteen, First Aid Kit, Drive-By Truckers, Lucinda Williams, Alabama Shakes, Anderson East, The Wood Brothers and many more. 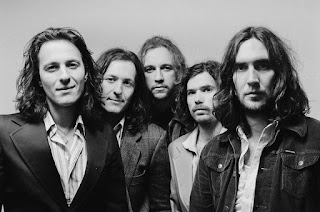 Tempesst - Is this all that there is?

London-based indie-psych quintet Tempesst have released a new single entitled 'Is this all that there is ?' Recorded in Melbourne, the new single was written whilst frontman Toma was back in Australia in January. "I was at Little Cove, a beach in Noosa," he recalls. "It’s a little stretch of beach near a national park, it was totally filled with people. I just sat there in this ideal setting and realised how strange people are, especially when they’re at the beach. I wrote about what I saw and how it made me feel."

Continuing to expand on their '60s and '70s influenced psychedelic rock roots on 'Is this all that there is?' - their expansive instrumentals, sumptuous pop melodies, and progressive songwriting offer a welcoming breath of fresh air to the genre.

"What a bore to be obsessed with dying, like I'm the only one to put up a fight" they pose in the chorus, before questioning "Do I give up? Is this all that there is?". This single follows their widely acclaimed previous EP 'Doomsday' - which covered themes revolving around the band's daily anxieties, as well as the overstimulation and constant temptation that exists when living in a metropolitan city like London.

Originating in Queensland, Australia on the Sunshine Coast, the now London-based outfit – made up of twin brothers Toma (vocals, guitars) and Andy Banjanin (vocals, drums), and rounded out by Eric Weber (guitars), Kane Reynolds (keys), and Blake Misipeka (bass) – have been going from strength to strength over the past 12 months.