April 16, 2019
Mangoseed have shared a video for 'Still Believe' of which vocalist Nicholai La Barrie comments - “This video is our homage to our mothers and grandmothers, and a calling out of the Home Office for turning its back on the immigrants who built the country. The woman in the video spent all her adult life in and paid taxes in a country that is sending her away. The legacy of the Empire is that the people you ruled come to live next to you, they are you.  And the video is about the importance of community, against the backdrop of a country that is actively breaking the community.”

Ben McKelvey is a notable folk rock musician with the song 'Wild Child' pushing the rock aspect to the fore with a feisty uptempo and very catchy vibe. 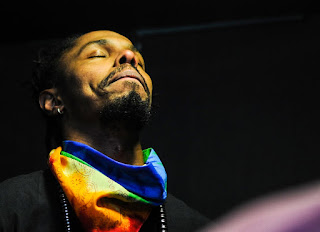 About ‘Still Believe’ - “I am pondering the world we are in and looking at the chaos and uncertainty of it all. And in America, where once Martin Luther King dreamed, it feels like that dream is lost to tyrants, racists and sexists, emboldened and loud. But it’s only love that will set us free.” Nicholai La Barrie, vocals, Mangoseed.

As a new year unfolds to an increasingly troubling socio-political backdrop, London roots-rockers Mangoseed face up to the fear and hate with a homage to love in all its forms. Celebrating the influence of song as a means of protest, empowerment and unity, frontman Nicholai La Barrie delivers his proclamations by way of a potent vocal melody atop the quartet’s heavyweight alliance of enormous bass, ethereal guitar and classic dub in the tradition of Black Uhuru, King Tubby and Mad Professor, all driven by the percussive thrust of rastafarian Nyabinghi rhythms.

Hailing from the cultural and creative melting pot that is England’s capital city, Mangoseed comprise four musicians of Trinidadian, Jamaican, Australian and Irish descent. Perhaps no surprise, then, that this multinational troupe produce an enthralling fusion of global sounds, mashing up ska and soca, dub, jungle and funk, rock and punk, all of it high-energy and unfailingly danceable. Originally formed by vocalist Nicholai La Barrie and guitarist Karlos Coleman, Mangoseed became a fully functioning act via the additions of Richard Hardy on bass and Sam Campbell on drums, configuring a pulsating punky-reggae repertoire that was captured on their self-released album, ‘Basquiat’, which earned impossible-to--nail-down comparisons ranging from Bad Brains to Massive Attack.

What everyone can agree upon, however, is the thrilling energy of Mangoseed’s live performances, regularly delighting a loyal fanbase around and beyond the band’s Brixton homes. The enthusiastically received 2017 singles, ‘Lucy’ and ‘Jah Jah’, only increased the intensity of the Mangoseed appeal, and more recent studio sessions have spawned further killer blasts of of urban-jungle skank, which will take the form of a set of singles, as well as a full-length album, as Mangoseed prepare to make a mighty impact on the soundscape of 2019. 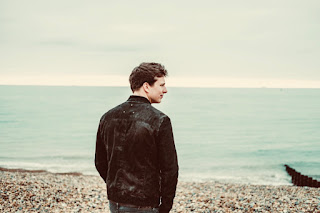 UK-born and based one-man band Ben McKelvey will be sharing his latest folk-rock track, ‘Wild Child’ on the 26th of April via Lower Your Shoulder. ‘Wild Child’ is lifted from his 2018 album of the same name. He has been part of many tours performing across USA, UK and Europe in venues such as The Royal Albert Hall, the O2 Arena and the London Palladium providing main support for Wet Wet Wet in 17 arenas, 20 dates for The Overtones, 50 shows as support for the Genesis supergroup, Mike & The Mechanics, touring with Marti Pellow, Scouting For Girls. During 2019 he will be the official support act for Bruce Springsteen Band’s Jake Clemons. His headlining shows in London and Brighton during November 2018 sold out both performances. His first and second album hit the Top 10 on iTunes’ Singer/Songwriter Chart with the latter also entering the Top 100 All Genre Chart. Ben Mckelvey has seen support from publications such as Muso Muso, Photo Groupie, Music Crowns, Female First and Press and Journal UK. He has had multiple singles played on BBC radio stations with extensive support from BBC Essex and BBC Oxford.

Growing up in Essex, Ben McKelvey currently resides in Brighton. During his formative teenage years in, he played the drums for the punk band, Fluid Lines, further shaping his love for music. After he quit the band at the age of 21, he became very ill and was completely bedridden. Putting his free time to good use, he taught himself how to play the guitar and write songs he didn’t intend for anyone to hear. A multi-instrumentalist at heart, Ben plays every single instrument in all of his tracks, albums and EPs.

Growing up listening to The Jam has lead Ben McKelvey to also be influenced by the likes of Bruce Springsteen, Noel Gallagher’s High Flying Birds, Johnny Cash and Frank Turner. This collection of legendary inspirations is evident in his music, as Ben’s rich melodies and musical storytelling will easily find it’s home with any fan of more contemporary artists like George Ezra, Vance Joy or Mumford & Sons.

Produced by Jake Robbins (Natives), Ben McKelvey’s energetic ‘Wild Child’ is an uplifting fast-paced track about freedom, believing in your dreams and ultimately regret. The lyrical content starts out as being about the teenage dreams of aspiring musicians, but right at the end, it is tinged with a sense of sadness as regret comes creeping up; thinking about a life that could have been. Driving drums, swooping guitar solos and hypnotic bass lines all work together in perfect harmony as Ben’s vocal delivery effortlessly portrays his storytelling talent.

Speaking about ‘Wild Child’, Ben McKelvey said “‘Wild Child’ was the last song I recorded for the album. It instantly became my favourite on the record and probably is my favourite I’ve ever written. There’s a lot of emotion in this song and it’s the most personal I’ve ever written. A song based on true events about how being a musician is something you can’t choose to let go when it’s in your blood and how it can destroy personal relationships. A tough song to write but very therapeutic. It was written at a low point in my life but when we get to play it live, it’s just incredible. I guess it’s dedicated to the musicians out there giving it their all.”