July 30, 2019
We have either the song '12x12' or the entire 'From Lucky Point To Pere Lachaise' album to choose from below as Brick Briscoe has given us a single taste or the whole collection to enjoy. Hard to categorise the whole album is anything from Rock to Americana and is intended to be listened to as a whole, personally I think it is thirty five minutes well spent.

We have to go back over three years for our only other feature for La Legacie however the latest single 'Darkness Of Light' makes for a welcome return, the soulful vocals of newest band member Lili adjust beautifully in a rock and roll setting, as this unique band once again hit our radar. 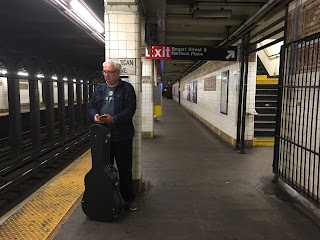 Thealbum, which was released on July 16, is intended (and should be listened to) as a continuous piece as its eleven tracks are linked thematically. “From Lucky Point to Père Lachaise” refers to the songwriter’s travels, specifically a trip to France to make a film and a visit to the Père Lachaise Cemetery in Paris, the final resting place of Frederic Chopin, Max Ernst, Édith Piaf, Jim Morrison and Oscar Wilde.

Briscoe was unsure if he had the energy to make the trip after being treated for cancer for over a year but returned to the states with a renewed vigor. He wrote about the journey of his life, but in reverse, taking inspiration from the Godard quote “A story should have a beginning, a middle, and an end...but not necessarily in that order.”

The album focuses on the romance and angst of life’s journey and is sprinkled with Midwestern pragmatism and a liberal dose of observations from his travels; from Petersburg, Indiana (Lucky Point) to Chicago, Boston, New York, Paris, Bordeaux and back. In the end, Briscoe realized that he likes the persona that he has become and embraces the struggle inherent to the process of writing and being a human in 2019. 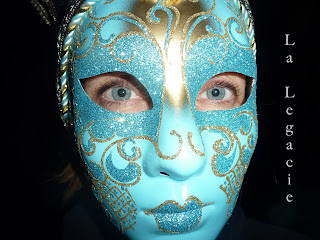 This is our latest single Darkness Of Light. Also Lili, our new vocalist describes herself as a Soul Singer, well it didn't take us long to get her into Rock. It's a live recording so using headphones will benefit the listener.

La Legacie is an award winning band of 6 with Vermillion and SouFire. La Legacie is based out of Northern France and are all English except their drummer, Baptiste who is French and their Lead guitarist and Pro Engineer, Benoit (who is also French, but completely bilingual), making La Legacie a bilingual band.

La Legacie has their our own recording studio which they create classics out of. Originally setup purely for writing and recording songs for the band, but now they are opening it up for others to use. 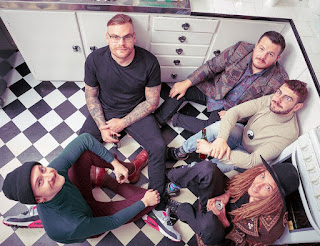 Over the course of two EPs and a handful of singles, Mandurah five-piece Indigo have proven themselves to be as creative as they are hard-working. Typifying their tradition for exploring new territory with each release, their latest single La Luna is a tour de force: the deep waters of moody indie rock, balanced by the perfect amount of that '80s 'driving at night' vibe.

Produced by the band’s own guitarist Dylan Keirnan, La Luna displays exceptional chemistry in motion. Atmospheric and beautiful, newcomer Raurke George’s guitar also fills out the soundscape with ethereal riffs that seamlessly blend with frontman Chris Kinna's mesmerising vocals. Touching on themes of the eternal, Kinna is both the conscience and the voice of La Luna. Underneath the melody: the faultless rhythm section of bassist David Williams and drummer Josh Beaumont. Perfectly unwavering.

From the opening riffs, to the brooding verses, through each iteration of its uplifting chorus; La Luna is as much a powerful journey as it is a pop song. There is substance well beyond its catchy tune. With more than a touch of retro-pop nostalgia in the mix, La Luna is an emotional, often yearning ride, made grand by Kinna's heartfelt lyrics of empathy and humanity. "La Luna is about how we are endless and always in this moment..." he explains.

Following on from last year's singles Eclipse and Stay, La Luna adds a unique entry to Indigo's ever-expanding catalogue, just as their live profile continues to increase thanks to shows with The Jungle Giants and Tired Lion. Darker and more existential than its predecessors, La Luna takes the band's tried and trusted pop sensibilities and paints them with darker hues than ever before – escorting Indigo into an exhilarating new chapter of their career that they can now share with the world.