August 21, 2019
From R.W. Roldan we have the new album 'Can You Feel This' and what a gorgeous album it is. His mixture of folk and Americana is melodic and produced to a very high standard, however it is the story telling lyrics that make a fabulous difference. They are totally engaging and can't but help draw the listener in, this collection of songs is thoroughly recommended for a listen!

Misty Blues recently released their 8th studio album 'Pickled & Aged. They are a natural blues band who take their music into other musical areas without losing that blues centred feel, they can add in some funk, jazz or whatever, the music remains consistently honest and quite addictive, this is a class act. 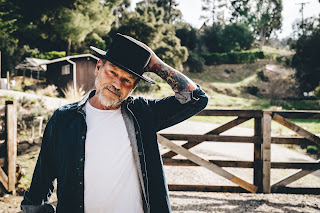 Born to an outlaw biker father and 16 year old mother, R.W. Roldan came of age in the Los Angeles of the 60’s and 70’s. His family spent a few years homeless, prompting him to join the navy at 17. His young life was full of hard circumstances and difficult environments but Roldan always seemed to soften things with his easy knack for storytelling.

Upon returning to California from his time abroad, R.W. worked all around the San Fernando Valley, immersing himself in the blues and Americana scene. He gravitated towards music and poetry, appreciating contemporary wordsmiths like Dylan and Dr. Seuss as much as American treasures such as Yates and began crafting his own indelible blend of country blues folk rock - a sound that lands somewhere between Hank Williams and Cowboy Junkies.

R.W. now splits his time between his house in the Topanga hills and a newly-purchased dwelling that once belonged to Fatty Arbuckle in Silverlake, where he’s building a studio in the basement. It was professed to be haunted for the past 12 years, but R.W. found it a suitably creative environment to craft the songs on his official solo outing, Can You Feel This, due out August 17th.

The new LP puts Roldan's adept storytelling front and center, backed by his easy going guitar, mandolin and dobro chops. Tracks like “Big Skies” and “Falling Star” paint an authentically haunting, nostalgic panorama of Los Angeles, while laidback ballads such as “Lauryn’s Song” reveal a sweeter side to the man. It’s all melted in the sweet butter sauce of producer Max Allyn who recently signed R.W. to his AllsWell Records imprint out of Nashville. 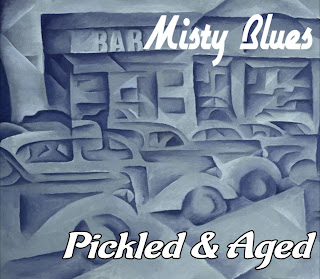 The band has recorded and shared the stage with Charles Neville of the Neville Brothers, and opened for contemporary blues artists like Tab Benoit, John Primer, Albert Cummings and Michael Powers.

The band has aired on B.B. King's Bluesville, Ole Harv's Blues Revue and Oogie Richards' Mighty Mouth Blues. The band’s original recordings have hit the airwaves throughout the U.S. and the UK. 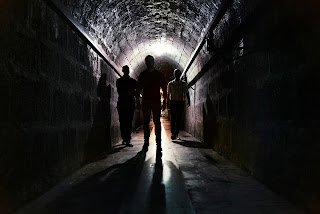 What would have happened if Sublime and The Clash had been set up as one band? Maybe it would have sounded something like ACOUSTIC BLACK from Freislassing (Bavaria / Germany). The Band sets up new standards to alternative acoustic-rock and is really freshing up its genre.

Bass and drums deliver an authentic rock sound whilst the special character of the costume guitar, in combination with distinctive lead vocals, form the bands unique sound. Diversifying modern arrangements round up the music and present the genre in a completely new light.

Of course, the album is about sex drugs and rock ’n’ roll but also everyday occurrences such as travelling, wanderlust and enjoying life. Also one and the other taboo subject is thematized in a cheeky and humoristic way. The 11 songs of the album will put you in a good mood straight away and will leave you wanting more.