September 02, 2019
From Australia we have Sketchy Fancy and the single 'Pub Rock'. The bands natural rock sensibilities are fresh and polished and the delivery is both passionate and pleasing.

The Florets first E.P is 'Friction Made Fiction' which is a collection of five hook filled indie rock songs where the band carve out an individual and desirable sound. 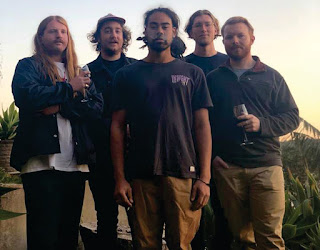 Born from the desire to explore and perform, Sketchy Fancy carve sprays of raucous delight. Their collective experience of providing soul-filled thrills and hard-driven riffs has culminated in debut album Good.Bad.Happy.Sad.

A lucid ride through dreamy collections and heavy Zeppelins through to Super Nintendo and wasted days, this five piece from South Sydney bring contemporary psychedelica into focus for the working class. Pub rock in Palace City.

Good.Bad.Happy.Sad grins through kraut rock dalliances and experiences the blues on Venice beach, every moment a journey and documented with glee. Lead single Pub Rock draws from the storytelling of 1980’s pub culture and dusts it off with a high-energy arrangement and the poignant undertones of Australian bar scenes. The choral chant of “take me home” evokes both supportive community and the toll youthful hedonism.

These tight five watched each other play for years before hearing the call and seizing opportunity in early 2018. Their debut singles Butterfly Bonfire and The Rebel have been well recieved, garnering support form Sydney’s leading alternative broadcaster FBi and landing them the support for major touring act Caravana Sun. They’ve made headway playing shows up and down the NSW coast and are taping more records soon. You’ll hear bustling energy and sedated haze. Mixing good with bad. Happy and Sad. Taking in the common with the absurd, Sketchy Fancy exuberantly use the worst and revive with the best. 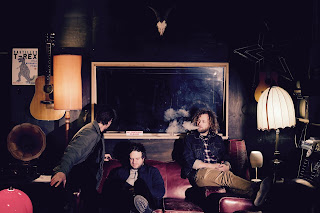 The Florets - Friction Made Fiction (E.P).

We are absolutely stoked to be releasing our first body of work to the world a year after forming. I think the EP has a really nice rhythm to it. Starting punchy and short, afterwards showing the importance of space in music and then slowly building into a heavy hitting outro - The Florets.

Emerging in 2018, Melbourne group The Florets hit the ground running with their debut single 'Sleep'. Led by driving bass and guitar melodies that complemented vocalist Nick Dawes’ rich vocals, the single was a strong statement of intent.

This richness has carried over into their new single ‘Just Coast’ too, with the band consistently building upon the strong foundations they laid down only a few months ago.

The band is rapidly building a strong presence within the Melbourne music scene & released their debut EP on August 30, 2019 under the name ‘Friction Made Fiction.’ 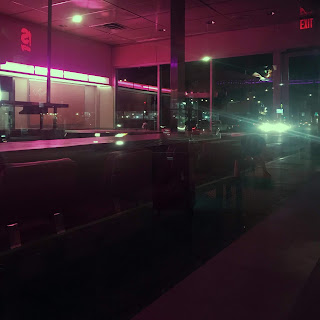 St Francis Hotel are an Irish duo based in London. Their new single ‘Liar, Liar, Liar’ is being released on Danger Mouse’s 30th Century Records and is the first in a series of high-profile collaborations featured on the duo’s upcoming debut album.

Featuring vocals from Supergrass frontman Gaz Coombes – his first new release since May 2019 –‘Liar, Liar, Liar’ epitomises the duo’s soulful psychedelic sound. The gospel-driven track is a venomous dedication to someone who’s perception of themselves is at odds with how the world sees them.

‘Liar, Liar, Liar’ is the first single to be taken from St Francis Hotel upcoming debut album, ‘We Fall Together’ (Late 2019), which features other artists including Theresa Wayman (Warpaint, TT), Max Rad, and Waterstrider, with more names to be announced.

The release follows a string of singles including ‘You’d Gotta Be Alive’ and ‘Collide’ that earned critical acclaim and were featured across UK radio (BBC 6 Music, BBC Radio 1, KCRW), Spotify (New Music Friday, Fresh Finds, Viral 50 UK) Apple (Best Of The Week) and appeared in US TV shows (Lucifer, Shadowhunters).