Stoner has a new release entitled 'Lacrimosa'. Described as a "melancholic, distorted ballad" it's all of that and very hard to ignore.

We have a new video from Eil Marchini for his latest song 'The River'. It's a gorgeous mixture of alt country, blues and the occasional blast of full on rock and roll. 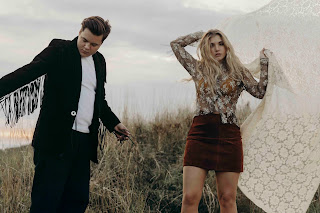 Strandels debuted with the EP 'Chance of Rain' 2016 and has since toured with Per Gessle (Roxette), played at The Great Escape (UK) and starred in most major Swedish television programs. The latest single "Love On Repeat" spun on Swedish National Radio all summer.

The new single 'Slip', which begins with plucking acoustic guitars and dreamy vocal arrangements, is more organic than the previous release and the song's theme of a new beginning is reflected in the cover's pictured trot card with the same meaning.

Sibling Tova and Sixten Strandell now are looking towards an upcoming debut album it is with partially a new view of their music. The duo has for a long period worked been in the studio working to find a new touch to their sound. This has resulted in something that can be described as melancholic yet playful, floating and honest. 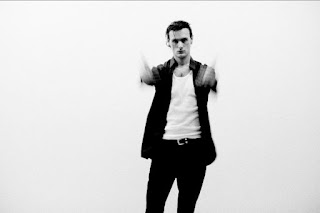 A melancholic, distorted ballad at its core, ‘Lacrimosa’ is another homage to the tradition of British alternative music. With thumping percussion and glimmers of electro, the track is reminiscent of Mark Hollis, These New Puritans and Cocteau Twins. The result is a poignant track, flitting delicately between 90’s grunge and 80’s new wave.

With humanity at the forefront of his material, drenched in haunting falsetto the track cuts through the noise of hectic everyday life and offers a moment of deep reflection on what is primal. Stoner explains: “’Lacrimosa’ [meaning ‘weeping’ in Latin] studies the first days of being alive. Where you’re still wet with the otherworld. It’s a song of the first born. First breath, first hour. Newness and nakedness- where existence is struggle and the cry the only command.”

Named after John Williams’ lost classic, Stoner, it’s a project that explores our fears of and relationships with death, the dying and its surrounding existential crises. Just as the novel follows a farm hand who dedicates himself in blind pursuit to literature as the world crumbles around him, the project forces us to confront and interact with mortality, through the use of beautiful and often heart wrenching musicality.

The single precedes Stoner’s slot at Mirrors Festival, Roundhouse, London on the 2nd November, amongst the likes of Phoebe Bridgers and Cass McCombs. 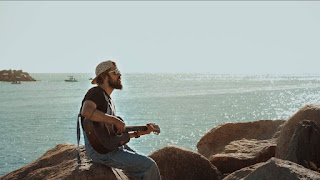 Following his triumphant appearance at Pistoia Blues Festival, appearing on the line up alongside the likes of Noel Gallagher's High Flying Birds, Black Stone Cherry and 30 Seconds To Mars, Eil Marchini has returned with a Blues/ Country Rock fuelled new single, The River!

After the atmospheric 50 second intro Marchini's sensational slide guitar playing stands out on the new single, riffing effortlessly over a driving, rolling country rock beat. With tasty guitar licks that Stevie Ray Vaughn or Derek Trucks would be proud of, the 12-bar blues nature of the track manages to feel current with top level production and a Black Keys-esque vocal line.

With guitarists like Jimi Hendrix and John Frusciante as inspirations you’d expect a virtuoso musician and that’s exactly what you get with Eil Marchini – a maverick artist who excels at combining the very best musicianship with an unbridled talent and expertise for presenting it in endlessly fascinating new ways. Not allowing himself to be constrained by fitting into a genre, Eil flits between making atmospheric electronic and country with absolute ease.

Born in Italy, Eil Marchini has spent much of his life travelling the world, on a mystic mission to experience the sights and sounds of everywhere he visits, ready to mould them into the bewildering sonic creatures on both his first album, Smile, before releasing the atmospheric Magpies on Acid and now returning with more new material.

Having just completed a tour supporting Alt-Country/Paisley Underground pioneers, The Long Ryders, Eil Marchini is essential listening for anyone with a passion for guitar, electronica, soundscapes, folk, psychedelia…in fact, for anyone who demands the music they listen to challenges them and transports them to worlds they never even knew they wanted to visit 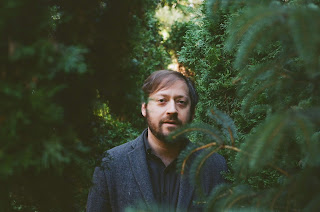 Gabriel Birnbaum turned 21 on stage at a bar in Tampa, Florida, to the sound of strangers singing “happy birthday dear Dave,” having misheard his name. He turned 22 at a house venue in Murfreesboro, TN - one of those spots where they would cook you a meal made out of dumpstered groceries and then let you sleep on the couch when everyone got tired of drinking. On his 30th birthday he played a show at Bard College and spent the night on the carpeted floor of an off-campus house next to a grinning plastic skeleton, the first thing he saw in the morning light.

For someone who's a perpetual outsider, the life of a touring musician can be a salve. You always have a reason to be where you are, and you're always going to be somewhere else tomorrow. It's a kind of suspension of life, an endless succession of similar nights marked by odd details and occasional transcendent moments - the cafe in Idaho where the proprietor left you with his gun overnight for “protection”, the art space in Iowa that reeked of the Subway sandwich bread that was baked upstairs every day, the festival where you met a hero and got to feel that for the day you were peers, members of the same musical lineage. You pocket those stories and trot them out at parties, pore over them until the paper softens like an old love letter, but as the years go by and you remain outside of normalcy and stability (and health insurance), they can feel like a ripoff.

Birnbaum, a working musician since his teens, began as a jazz and avant-garde saxophonist, with stints playing everything from throwback soul music to harsh noise everywhere from the grungiest DIY venues to Lincoln Center and festivals like Bonnaroo and Le Guess Who. At 30, when he began to write the nine songs that make up Not Alone, he had arrived at one of these moments where everything seems to be ending, aside from another year as an underpaid condescension-receptacle in the service industry. After he finished his shifts at the cafe he would go to a bar, a different one each night, always alone. He’d nurse a beer and sit in the bubble of ambient chatter and warm light and see himself fading out of existence. Call it failure, call it burnout, call it clinical depression (doctors did). Call it whatever you want, it can only be lived in for so long.

But if you're going to keep going in the end, in spite of all the bullsht and hopelessness, in spite of an industry full of hacks and strivers and power-abusers, in spite of never being seen, you might as well do it exactly the way you want. So he did. After a luckily timed offer of some free studio time, he decided to make Not Alone as a birthday present to himself, and called in some of his favorite musicians to join him: Will Graefe, who plays guitar for Okkervil River and comprises half of the duo Star Rover; Adam Brisbin, extraordinary guitarist for Buck Meek and Sam Evian; and Jason Nazary, a freewheeling drummer who passes easily between the avant-garde, indie and jazz worlds.

Inspired by Neil Young’s on the fly process, and by the brilliant session players in the Wrecking Crew and their contributions to LPs like Jim Sullivan's UFO and John Phillips John the Wolf King of L.A., Birnbaum took his songs to the band with no real preparation. Together in the living room of the Great North Sound Society they found the magic moment of each track while a pork shoulder simmered in the slow cooker. “Every song has two magic moments,” he says, “the first is when it first coheres from separate parts into one solid thing, and the second is about a year into playing it live, when it reaches a kind of sleek, streamlined perfection. We were after the first one here.” The LP was tracked in a couple of days, with a few gentle overdubs, and then mixed by like-minded songwriter Will Stratton.

Out of a season of endings, if there’s enough time, will always come new beginnings. As the autumn turned to winter, Birnbaum met someone new and began to fall in love with an intensity he didn’t think was possible anymore - it was as if the entire world round him had come back to life, just as everything was freezing. And in falling in love he found a new version of his own voice: a simpler and clearer one, less interested in hiding, willing to accept itself as it is, to trust the song to reveal itself at the right speed. Having seen the dark from the inside, he was ready for the light when it came. Not Alone contains both at once.