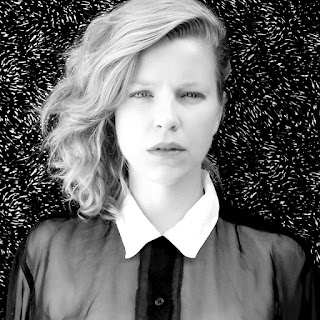 Although she’s been making music professionally for 25 years, it wasn’t until recently that Debra-Jean Creelman felt she had finally found her voice. You could chalk it up to the confidence that comes with maturity, freedom from not having to live up to any scene or critic’s expectations, or the long hours of teaching music to bright-eyed students – but the most likely cause is the calm that comes from chaos. “I got funding to make this record right in the middle of a crash course in mortality, upheaval, and loss. The version of myself and the life that I had been clinging to had been shattered, “ Debra-Jean explains.

The result is the 6-song experimental electro-pop EP Triggers & Mirrors, a true collaboration between herself, co-writer and producer James Meger, producer/engineer Jesse Zubot, and vocalist and creative collaborator Molly Guldemond. “These songs are just as much James’ as they are mine. He built tracks around my hesitant demo vocals, and he, Jesse, and Molly supported me musically (and otherwise) as I gained confidence and momentum throughout the process. Coming out the other side of it, I feel stronger, happier, and more inspired to make music than I have in a very long time.”

The first single from the upcoming EP finds Debra-Jean at her most vulnerable, dissecting the trauma and patterns that are passed down from generation to generation. Debra-Jean explains, “I was pretty sure from a very young age that I wouldn’t be a mother.

My relationship with my mother was complex and challenging, and resulted in my not knowing her for most of my adult life. This song is about freeing myself from the traditional restrictions and societal obligations of being a woman and not passing on the programs and patterns I inherited to a child of my own.” This sentiment is beautifully captured in the prodding electronic soundscape of the track, as well as in the accompanying music video, directed by musician/filmmaker Jo Passed and featuring his mother, Barbara Bourget of Kokoro Dance. 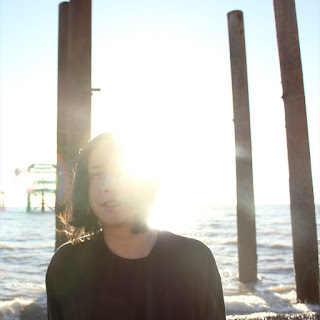 Grimm by name and by nature, there’s more than a hint of the famous Grimm brothers’ twisted fairy-tale folklore to Ginormous – the third album from London-based, Tokyo-born experimentalist Koichi Yamanoha. Recalling a childhood with Humpty Dumpty and Mother Goose by his side, his latest offering marks the next chapter in a trilogy of self-discovery; a compendium of sonically astute storytelling where nightmares and dreams meet via French yé-yé and Casio beats.

“I always wanted to write an album that sounds like a funeral and a wedding at the same time,” Koichi says of the happy-sad tales extracted from the phantasmagoria of his Grimm Grimm alias’ consciousness. “I wanted to create something intimate and each album is like a different road trip I’ve taken; all with exit doors leading to the next story. It is like a warning letter to the older and younger version of me.”

An outlet for his fragile, haunted, otherworldly forays into baroque folk, futurist lyricism and electro-acoustic oddities, stories have always shaped Koichi’s world. Whether channelling the wonder of nursery rhymes from his youth to megalophobic thoughts of monolithic objects, Ginormous turns to the next page of Koichi’s sonic journey so far; its lyrics and melodies culled from the notes on his phone whilst travelling alone on trains across Europe. Between shows with Cate Le Bon, Simon Finn, Dinosaur Jr, Thurston Moore, The Undertones, Green Man Festival and Edinburgh Fringe, each note offers a monumental moment in time from every passing experience of Koichi’s emotional world; such as his feelings upon seeing the imposing Yugoslavian monuments of World War II (Spomenik’), or hearing from his many friends made along the way.

Yet, Ginormous is most affecting at its deepest, when Koichi spins personal yarns from his own dreams and memories; pointing to places where negativity can undergo positive transformation, whether capturing beauty in rainfall, the reassuring visions of those who have passed (‘Hey Graeme, Pass Me The Rotten Gun’ / ‘We Will Meet Again The Cleaner Said’) or even his own near-death experience. “I was swimming off Terugasaki in Kanagawa, Japan and the current was too strong,” he remembers. “I’d swallowed a lot of sea water and saw weird images of people gathering like being at a wedding or funeral. About 150 of them were smiling, some perhaps drunk and waving at me so I shook hands and said hello.”

Recorded in his room at home and Total Refreshment Centre in North/East London, Koichi enlisted award-winning producer Marta Salogni (Bjork, The Orielles) and Capital K’s Kristian Craig Robinson. Sophie Lowe of Peluché played clarinet and violin whilst Pete Baker and Monchan of Bo Ningen provided additional drums. Joining them; avant-garde violinist Agathe Maxx, and Koichi’s flatmate Paz Maddio, of postpunk trio Value Void, added her whispery vocals to ‘In A Glass Jar’ and the title track. “I choose words to create mood and I like the word ‘Ginormous’,” he says. “It’s dumb and funny but expresses something big in everyday life… an object, determination, relationships, or even a chair or sausage – American sized.” 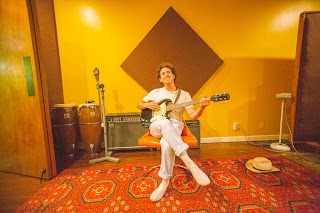 Albon, originally from Chicago, has clearly taken in what California's Pacific Coast Highway has to offer, as his new EP Dream Weaver/Bee Keeper shines with motifs dealing with loss, exploration, and a general sense of wanderlust. The music is perfect for those long drives where you zone out and effortlessly seem to have a deep emotional journey play out in your mind. Furthermore, it’s interesting that Albon cites Peter Pan as a defining influence, as his material is indelibly linked to the nostalgia of his youth and the darkness and power associated with attaining your childhood dreams.

Alexander B. Lappin aka Albon, began making music in his Northern Chicago suburban bedroom at the age of 12. Initially, he played his dad’s nylon string guitar upside down. Lappin quotes, that playing the guitar upside down was most likely caused by his learning disabilities which included symptoms similar to ADHD. Currently, Albon’s style of writing is informed by “upside down mind” as he tends to write songs backwards, starting with the end and working his way to the beginning of the song. Lappin’s public musical career has been somewhat limited due to his perfectionist qualities, as he has a library of over 150 plus finished songs, but has only released 14. Plublossums (2014), was Albons first attempt at creating a cohesive body of work, as he wrote, engineered, and recorded everything on the record. The album was eventually picked up by LA tape label Hellhole Supermarket.

Clearly, leaps and bounds have been made as Albon’s new EP, Dream Weaver/Be Keeper, embraces space when necessary yet allows for bursts of dense sonic compositions to enlighten the listeners experience, driven by sincerity, exploration, and heavy pop hooks. The songs are embellished by myriad of orchestral instruments and interesting pop production techniques such as pitch shifted vocals and soaring harmonies. The EP was recorded at Tropico Beauty, a studio created by LA’s native Hartunian brothers which opened one year ago, but has none the less hosted acts such as Devendra Banhart, Alex Bleaker (Real Estate), and Florist amongst many other reputable artists. Dream Weaver/ Bee Keeper was tracked with the help of artist’s Cameron Wisch (Porches), Alexander Babbit (LAG), and Sasha Smith. 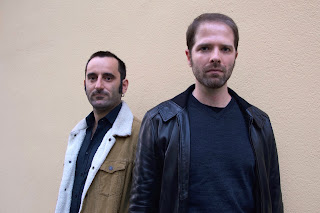 Highlighted by the contribution of Stella Diana's Dario Torre (vocals in "Outside noise") and Marco Barzetti, aka True Sleeper (vocals in "To realize"), "Some are stars" is a four-song EP whose making took no less than three years. During this time Manfredi Lamartina, leader of the project, has radically changed his composition approach.

Novanta is no longer a solo project, but a duo that also includes drummer Agostino Financo Burgio (Nicolò Carnesi, Hank, Moque). The sound is no longer lo-fi: cleaner, with more impact, also thanks to the work of Lucantonio Fusaro, Claudio Piperissa and Luca Ferrari, who recorded and mixed the album at Faro Recording Studio (Varese, IT).

What kind of music is "Some are stars"? Manfredi Lamartina, founder and leader of Novanta, likes to call it “ceiling-gazing”: a mix of dream pop, post-rock and synth-wave to listen to at very low or very high volumes. No middle ground.