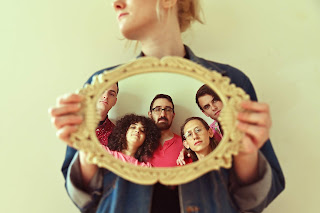 The Phantom Broadcast - Antiquities (Volume 1 and 2).

The Phantom Broadcast creates music that pushes the boundaries of indie and post rock with the influences of folk, jazz, classical, and metal tendencies. The results yield dynamic instrumentation where creativity and emotion are paramount in the composition of each song. Aiming to construct an architectural sonic space, the five band members collaborate on storytelling and presentation.

Having released three full lengths and two Eps since forming in 2013, the band has grown, mutated, amputated, and grown some more with each recording. After almost two years of writing and recording, The Phantom Broadcast released Antiquities on limited-edition vinyl. The themes explored on the album deal with the challenges of maintaining good mental health, the anxiety of with living and thriving in a large city like Chicago, and the hardships of the mundane. Thanks to an incredible amount of support via Kickstarter, the record was pressed to wax and is available via all online streaming platforms, at shows, and in record stores throughout Chicago. 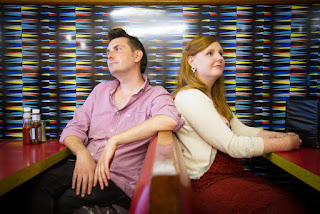 The Just Joans - The One I Loathe The Least.

The Just Joans’ new single “The One I Loathe The Least” is taken from their forthcoming album The Private Memoirs and Confessions of the Just Joans, due out on 10 January via Fika Recordings.  “The One I Loathe The Least” (premiered over at God Is In The TV) is a song about friendship and finding someone who hates the same things that you do. A shared disinterest can be as powerful as a shared interest, and there is often something triumphant in these relationships when it feels as though it’s just you and them against the world.

The Private Memoirs and Confessions of the Just Joans is a deeply personal collection of songs that hazily recall the past and contemplate the futility of the future. At the forefront remain the mischievous lyrics and heartfelt vocals of siblings David and Katie Pope, aided and abetted by Chris Elkin on lead guitar, Fraser Ford on bass guitar, Arion Xenos on keyboards and Jason Sweeney on drums. 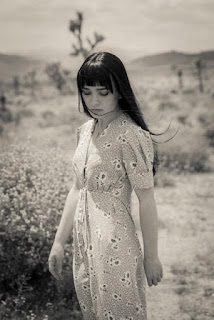 Freya Beer began her songwriting journey at the tender age of 10, this led to her performing her lyrics at the age of 16 accompanied by just her guitar.

During her time studying ‘Music Performance’, Freya Beer self-released her debut single “Bike Boy” in 2018. The single gained a positive reception from the likes of BBC Introducing and an array of music blogs. “Bike Boy” was quickly followed by the release of “Six Months”, which also received a positive reception and led to a BBC Introducing Solent Live Lounge Session and feature on Tom Robinson’s BBC Radio 6 show as well as BBC Wales.

Freya Beer’s upcoming single, ‘Dear sweet Rosie’ was recorded early this year in Manchester. The song draws from a number of literary influences including Allen Ginsberg’s ‘An Asphodel’ and Anna Sewell’s ‘Black Beauty’.

Alongside Freya’s thick guitar riff and tender vocals, I Am Kloot drummer Andy Hargreaves adapts a Led Zeppelin-esque drumming style to the song which creates a non-toppling wall of sound.