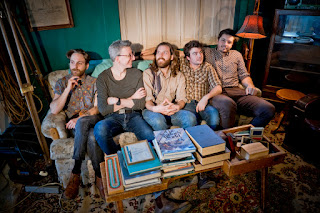 Some songs come along which seem so perfect, it makes you doubt they haven’t existed forever. Atlas of Love is the latest release from Union Duke, a band who have cemented themselves in both North America and Europe as a band can skip effortlessly between pop, folk and country and leave fans of each enraptured.

“Atlas of Love is an ode to everyone who feels like they’re the burden in their relationship. It’s a song for those who haven’t quite figured out the nature of their love, much less themselves."

Based in Toronto, Canada, Union Duke comprise Matt, Ethan, Jim, Will and Rob, genuine friends who take influence from the gems of their parents’ record collections and injecting an extra dose of rock n roll attitude, whilst staying to the traditional roots. Five singers; five songwriters; countless reasons for them to be your new favourite band. With three albums, countless festival stages, and hundreds of thousands of kilometres in the rear-view, the band is excited to be touring new music and winning new fans everywhere they go. In the two years since their last record Golden Days, Union Duke has been steadily travelling and unravelling across the country, and they’re ready to share the lessons they’ve learned with a slate of new music. Atlas of Love is the third of four new songs of love, distance, heartache and revelry which will be finding their way into your ears, eyes and hearts.

Following their previous singles, Ladidadida and 1,2,3, both of which received radio play across Europe and North America, Atlas of Love is the latest glimpse at one of Canada’s best kept musical secrets. 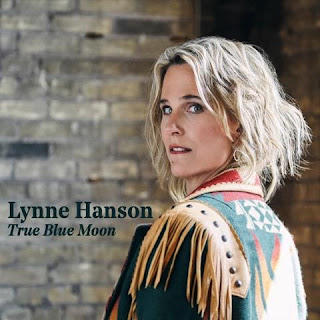 Primed with a mix of gritty ballads and roots-tinged guitar, Lynne Hanson follows an award-winning year as one half of The LYNNeS with new single True Blue Moon (out now) taken from her upcoming new solo album ‘Just Words’ set for release in 2020.

Lynne's deep bluesy croon is pure and full of fortitude; too tough for folk and too blues influenced for country; her 'porch music with a little red dirt' can turn on a dime from a sunshine, blue sky ballad to a full-on thunderstorm of gritty Americana swamp from one song to the next. This hard-living style of music has drawn comparisons to Lucinda Williams, with a touch of Gillian Welch thrown in.

The album addresses issues such as verbal bullying (Just Words); a desire to be more accepting of one another (Clean Slate) and wanting to rise above and find peace (Higher Ground). The first single True Blue Moon, is an infectious, uptempo, tongue-in-cheek response to the Jacques Brel classic 'Ne Me Quitte Pas', about the perils of falling for a poet and just how rare it is to find true love. 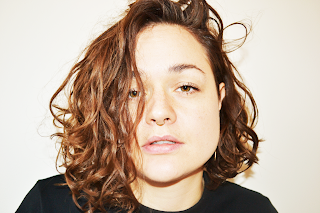 London-based singer-songwriter, Winnie Raeder, is sharing her new single, ’She’.

The new track follows the acclaimed EP, ‘From Here’ that was released earlier this year - it also lands just ahead of UK tour dates with Charlie Cunningham, European spots opening for Tamino and a show at Eurosonic 2020. If that wasn’t enough, she’s also set to headline London’s Courtyard Theatre on November 27 - her third headline in the capital this year following two previous sell-out performances.

Speaking about ’She’, a song written with friends, Josh Record and Jacob Attwooll that strikes a similar temperament to that of Julien Baker and Haley Heynderickx, Winnie says: "We started playing around with some chords and started with the title ‘She’ before we had written any of the rest of the lyrics. It felt really interesting to pair a traditional folk sound with a song written for and sung by a woman. We kept the language poetic and romantic and the song almost wrote itself."

‘A song written for a woman and sung by a woman’, Raeder remarks how the song ‘almost wrote itself and arrived without any overthinking’. Reminiscent of the traditional folk poetry akin to Leonard Cohen or Bob Dylan, ‘She’ is punctuated with the contemporary production we’re accustomed to hearing from a Raeder release. 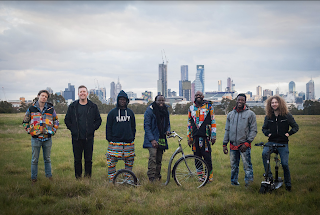 'Aida', the first single from nine-piece afrobeat ensemble, Ausecuma Beats, is a celebration of love between two people that sees no divide. The song, sung by Gambian-born Yusupha Ngum and recorded live with the band in Melbourne, speaks of a love that grows as new lessons are learned.

Ausecuma Beats was imagined to celebrate diversity in music, and express rhythm as the core of their shared musicality. The nine-strong ensemble hail from Australia, Senegal, Cuba and Mali (AU-SE-CU-MA). They promote unity, recognised through the power in diversity with shared vision. Their individual stories are unique, each treading their own path, each with commitment, strength and focus to catalyse the unique sounds of Ausecuma Beats.