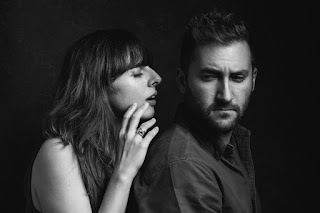 Singer-songwriters Zoe Konez and Antonio Lulic combine on the rousing alternative-pop anthem “Echo”. Drawing on influences from Zoe’s indie background and Antonio’s stadium-filling pop tones, it’s an epic piece of pop-fusion that details a longing for adventure at the expense of personal relationships.

A coming together of two worlds, Zoe is a singer-songwriter and producer from South London whose musical background is rooted in grass-roots venues and indie culture. Her impressive catalogue as both a solo artist or as part of her band CATBEAR, has picked up support from BBC 6Music, Clash Magazine and Spotify, who supported Zoe on their influential Out Now playlist. A DIY musician to the core, Zoe takes complete control of her artistic output, producing all her own tracks and recording her vocals in her wardrobe for better acoustics. She also runs a regular grass-roots music night Stop Look Listen at The Finsbury, a platform for London’s emerging artists including Eliza and the Bear, Kimberly Anne, Holly Walker and Karima Francis.

Antonio Lulic has spent the last few years touring around the world. From humble beginnings in Yorkshire, he found himself touring the live circuit where he became good friends with none other than Ed Sheeran. Years later, this chance friendship and a lot of hard work led to Antonio supporting Ed Sheeran across the UK & USA, as well as his stadium shows in Latin America. The track was recorded between tours with Ed Sheeran, Zoe working on the production while Antonio travelled across the globe. It’s an anthemic piece of songwriter-pop that showcases both musicians’ expansive musical skill set. On the new single Zoe states:

We wrote Echo just after Antonio came off tour with Ed Sheeran. We recorded it before he went on tour for the second time with Ed whilst I finished the production. The lyrics tell of longing for adventure and escaping the everyday life, sometimes at the expense of personal relationships when the pull to get away is too strong to stay together. 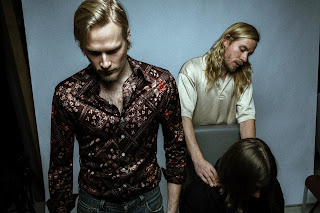 With the upcoming release of their sophomore full-length ‘The Coast’, Lake Jons reconnect with their roots, leaving the city and delving into the viridescence of their moniker’s birthplace, the Towars forest. Thematically, the album is Jons’ endeavour to dismantle life, space and time. They present parts of rough instrumental parts, layering them with harmony-laden toplines, while each of the singles’ overall structure seems to assemble again seamlessly.

Jooel Jons comments on ‘Human’, focus track for the album: “I’m fond of lyrics that are more like thoughts rather than stories. This one feels like a stroll in the forest for me. Almost a story but not quite. “I wanna turn around” resembles the idea of turning back from the road we once started as humans. Honouring nature more and more. For me it also means dancing in the forest among the trees and animals like a hippie cliché. This song has evolved from two different songs that I felt were at a dead end. Combining them left some good parts unused but made one whole.”

“There are all kinds of emotional releases when roaming in the nature far from civilisation,” he adds in his short essay on the new album, “In a way ‘The Coast’ is an emotional perspective. There are times when you are simply stuck in that gateway. Looking forward to the oceans or backward to the mountains, you choose. Time is irrelevant as long as you’re moving and evolving. I believe that’s the essence.”

For their self-titled debut album, Lake Jons retreated to an isolated cabin deep in the Finnish forest during the few summer months of the year that the Nordic country thaws out. The cabin had no running water and no inside bathroom. It’s there, in a state of severe isolation and deep connection with the wilderness that they wrote and recorded the majority of the self-titled album. The aim was to try and examine, capture and represent whatever tenuous connection still exists between the natural world and all its organic elements of randomness and authenticity and the human world. 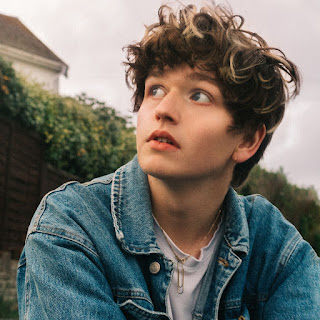 Philip Brooks - 'Half alive in a dream'.

Philip Brooks releases his debut EP, 'half alive in a dream', a collection of previous singles from this year, and his now signature shimmering and dreamy indie pop sound.

Featuring previous singles like the pounding four-to-the-floor 'so long see you someday', and the stunning 'can't fix the things i left behind', the EP rounds off an incredible year for Philip which has seen him quickly establish himself as one of the most exciting new artists to arrive, being described by early critics as “nostalgic and emotionally charged” and a “dreamy mélange of spacey guitar lines and airy melodies”.

'half alive in a dream' sees Philip tackle the painfully relatable lyrical themes ingrained in his generation: millennial on-off relationships, the pains of modern dating, anxiety attacks and the fear of being alone, all rapped into a blend of dreamy indie-pop inspired by the likes of Bleachers and The Japanese House

Philip has also been cutting his teeth in the live arena, touring with acts such as EUT and Tiny Ruins as well as a sold out headline show at Paper Dress Vintage in late November where he confirmed himself to be not only promising as a recording artist, but as a live performer as well.