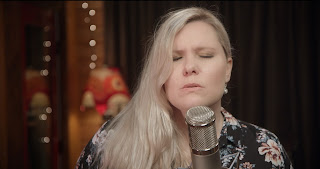 Aminah Hughes - Tell Me It's Over.

When Aminah Hughes steps on stage she does more than fill the room with her honeyed voice. She draws her audience into nostalgia, calling us to remember the beauty and rebelliousness of an analogue world. “Inspiring” and “strong” are words that are often passed around at her performances as she embodies the empowerment we are all aching to feel. “An intelligent and vocal woman of extraordinary musical talent -a powerful musical force” (Robert James, GANGgajang/Yothu Yindi), Aminah is unafraid to touch the rawness, giving voice to pain, laying it bare, and finding the light in its grace.

A seasoned performer in Australia and Europe, Aminah has shared stages with Tommy Emmanuel, Declan O’Rourke, Maria Doyle Kennedy and Waterboys fiddler Steve Wickham. She has been featured in US magazines, appeared on Irish TV, RTÉ and BBC Radio and performed with various orchestras both as a flutist and singer. She appeared on eleven albums in Australia and Europe before producing her debut album, Blue Wooden Boat. Recorded in Ireland, USA, Australia, and Germany, the album features special guests Emmanuel, Wickham and Nashville gospel singers, The McCrary Sisters. Mixed in Nashville and mastered in Memphis by Grammy award-winning engineers, the album marked her debut as a producer and launched her independent label, Blue Wolf Records. It has earned her a growing list of accolades including a nomination at the Independent Music Awards in New York.

“A strong, soulful singer” (All About Jazz), her voice appears on a variety of productions, including Australia’s Who Do You Think You Are? and NBCUniversal game, Battlestar Galactica: Deadlock. An award-winning screenwriter and director who also helms her own music videos, Musical Notes Global (New York) cite Aminah as “a true Renaissance woman.” 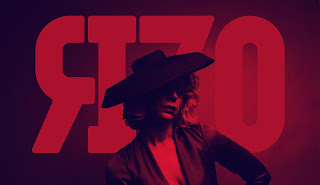 Grammy-winning artist Rizo (formerly known as Lady Rizo) has returned with a new video for her single “Hit of You”. Rizo’s new video comes as she kicks off a string of west coast dates, where she will be performing her new show “Losing the Lady”.

“Losing the Lady” seductively peels back the layers of Rizo’s alter-ego; and she explores the delight and trappings of our shadow selves through her own songs along with the tunes of Sasha Fierce (Beyoncé), the Thin White Duke (David Bowie), and Camille (Prince). “To those that have seen her perform live, she is a superstar. For those that have not yet had the pleasure, you are missing out on a life altering adventure,” says EARMILK. Rizo’s west coast tour comes after debuting “Losing the Lady” at Joe’s Pub (The Public Theater) in New York for 4 nights.

The New York Times once referred to Rizo (né Amelia Zirin-Brown) as “a formidable belter who can sustain phrases and notes even when sprawled on her back on a piano and scissoring her legs.” They’re not alone in that enthusiasm. Rizo has collaborated with Moby, Reggie Watts, and Yo-Yo Ma, the latter on his Songs of Joy & Peace album, which won a Grammy Award. 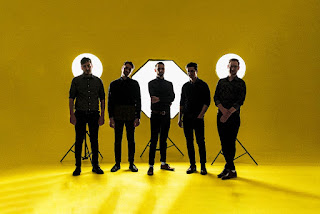 Cold Reading are going off the beaten path for the realisation of their second album 'ZYT'. In the form of a concept album, Cold Reading explore the subject of time both musically and lyrically, and try to approach this elusive concept from different perspectives.

The album consists of three EPs - Past Perfect, Present Tense and Future Continuous, dealing with the past, the present and the future, respectively. The album, which is also available as double gatefold vinyl with interchangeable artworks, also contains an audio book, elaborating on the ‘Through the Woods’ song-trilogy, of which one song can be found on each EP. 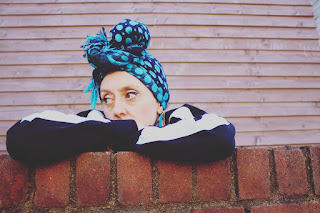 EnnieLoud - The Best I Can Do.

Sweet without being saccharine, sentimental without being mawkish, ‘The Best I Can’ is a poignant reflection on the twin poles of femininity, and the quiddities of being human and vulnerable. Framed as a series of statements to one’s weaker self, ‘The Best I Can’ is a slow bounce hinged around a minimal and addicting bassline. Written by Cassandra, whose R&B tinged vocal recalls the halcyon days of Lauryn Hill, the song was produced by band member Fabio Rizzoli, aka BeeOff, and recorded and performed by the band at the SAE Institute of London. Beau Vallis (Kelly Rowland, Pharrell, Lil Wayne, Snoop Dogg) assists Fabio with the mixing and masters it himself.

On ‘The Best I Can’ EnnieLoud have found a style that mixes neo-soul melodics with the ambient soundscaping of artists like Portishead and Goldfrapp, adding technical flourishes used by live DJs - drum and bass filters, synth arpeggiators and samples. The video was directed by Juanmi Cuesta and choreographed and performed by Italian danseuse Colette Gasparini. It follows a young girl as she dances with tireless passion in the immensity of a disused warehouse. ‘The Best I Can’ is a sincere expression of inner-strength, a genre-defying testament to self-definition in the face of very human doubts.

EnnieLoud are a trio of musical innovators from diverse points on the map who coalesced to craft their unique sound in the cultural melting pot of north London’s Wood Green. The plurality of their adoptive neighbourhood is channeled into their music, which crosses cultural and generic boundaries to arrive at a sound which can loosely be defined as ‘alt-soul’. Street-dancing singer/songwriter Cassandra fronts the dexterous trio, which also includes Berlin producer/DJ BeeOff and multi-instrumentalist Ross. Together they have received international acclaim, co-writing ‘My Faults’ with top Italian DJ Vincenzo Callea, before getting remix treatment from Grammy-winning producer Yoad Nevo (Goldfrapp, Sia, Moby).

The single was released in Germany and Italy, where it hit national radio playlists and made waves across Europe in France, the UK, Greece and Russia. The accompanying video won ‘Best Video Clip’ at the New York City International Films Infest Festival and became a finalist at the 2018 Los Angeles Cinefest. Their first official single ‘In My Room’ was released in July last year and hit the blogosphere to much acclaim, receiving coverage in the UK, Mexico, USA, Canada, France, Belgium and Kenya. Receiving its premiere on Clash, ‘In My Room’ went on to be playlisted across Spotify, hitting ten thousand streams in three weeks. It’s early days, but EnnieLoud are quickly proving themselves a vital and beguiling new act on the international circuit.