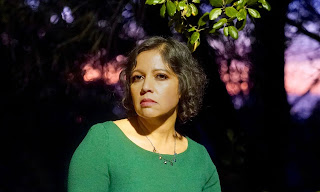 At a glance, the genesis of Forest Bees (aka San Francisco solo artist Sheetal Singh) reads like standard music biz fare: a critically-acclaimed indie band has a brush with the big time, fizzles in the face of industry frustrations, and a former member goes it alone.

Only Forest Bees is going it alone fifteen years later, as a mother of two and, as she puts it, “a brown woman in what is still a very white indie rock world”. And Forest Bees explores themes rare in such dream pop, from postpartum depression and loneliness within marriage, to cultural expectations and humanity’s intersection with artificial intelligence.

In the early aughts Singh played bass for San Francisco shoegazers The Stratford 4 which, after two acclaimed indie albums, was signed to Elektra Records by Cars legend Ric Ocasek. Ocasek produced their third record, but it got lost in the post-Napster music industry meltdown and the band split. The Stratford 4 reunited in 2015 to rave reviews but also, for Singh, a realization.

“I was bored. It wasn’t what I wanted to do. In fact, it never really was,” she recalls. “I never felt like I was able to express myself in the Stratford 4, which was a white, male-fronted, guitar-heavy shoegaze band. I did love the music and my bandmates … [But] I knew I needed to do it on my own terms.”

"Forgot My Horse’s Name” follows a string of previously-released singles and videos, including “Joy,” “Earthquake,” and “Serpent.” Throughout, Shoman’s voice is soft and enchanting, her distinct vibrato lulling over waltzing guitar. The accompanying video, directed and filmed by coool (John TerEick and Jake Nokovic ) over a weekend in Minnesota, reflects the song’s beautiful simplicity. It features Shoman riding a horse, illuminated by a golden sunset.

“‘Forgot My Horse’s Name’ is quite literally about a time I went horseback riding and afterwards forgot my horse’s name,” says Shoman. “The horse and I weren’t really getting along. She wasn’t listening to me and kept running me into trees because she didn’t want to get mud on her feet. By the end of it I was all scratched up and her name was erased from my mind.

Since then the song has taken on a deeper meaning about relationships. You can put so much time into nurturing and creating something meaningful, but sometimes by the end you are left with something that’s bruised and nameless.”

Tenci began as the bedroom-folk project of Jess Shoman in December 2018. The band name comes from Shoman’s grandmother's name Hortencia, who she feels is her kindred spirit. Her memories of hearing her sing while cooking or cleaning influenced some of the same qualities in her own voice. Shoman’s music is vividly introspective, blooming with her sweet and shaky vibrato.

These days Shoman collaborates with a lineup of Chicago musicians she met playing some of her earliest shows— Curt Oren (saxophone, flute, and guitar), Izzy True’s Isabel Reidy (bass) and Joseph Farago of Joey Nebulous (drums). 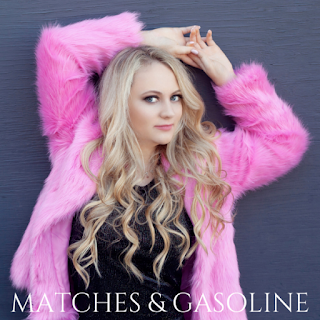 Bear’s sassy and fresh take on songwriting is exactly what country music needs. Originally from Chicago, she earned the nickname, Bear, during her time in Texas.

Inspired by Taylor Swift, Shania Twain, and Dolly Parton, her songwriting transcends generations. Performing since the age of 7, Bear is no stranger to entertaining crowds. Bear is one of county music’s rising stars!

Matches & Gasoline is a song about a toxic relationship that has finally come to an end. This pop country track will make you want to sing at the top of your lungs! 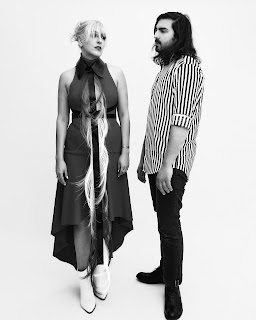 High Waisted's Jessica Louise Dye (lead vox, guitar) shares, "This is an unapologetic record about finding hope in a hopeless situation and the strength to get up when the world is screaming at you to stay down.

Our first record was about living in the moment and being the life of the party—it captured the carelessness of youth. Our sophomore album embodies what happens when you leave the party at dawn to go home to your tiny apartment, alone.

High Waisted’s music has always been dreadfully sad songs disguised as happy ones—the tracks on our new record follow the same pattern. Songwriting is like spell casting. That’s why I’ve used the writing as my own personal time machine. I get to rewrite history and edit out the parts that are too heavy to bear. I get to finally say all the things I wish I had. Never date a songwriter, because we always get the last word." 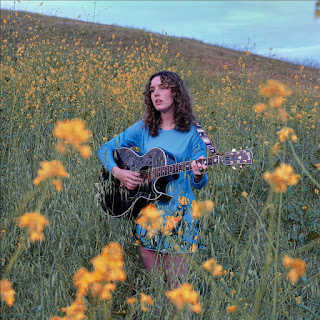 Julia Logan - To Be True.

Julia Logan just released her debut single "To Be True"!

“It’s about the desire to break through the invisible piece of space that seems to separate us from someone else, and what can happen when you, somehow, manage to break through”, says Stockholm, Sweden, based Julia Logan about her first single, released via Playground Music today.

Logan has played on the same bill as acts like Courtney Marie Andrews and Neko Case, whose drummer Kyle Crane (Daniel Lanois, M. Ward, Bon Iver) turned up for the studio sessions. The song was written and recorded in close collaboration with Daniel Bengtson of Studio Rymden.