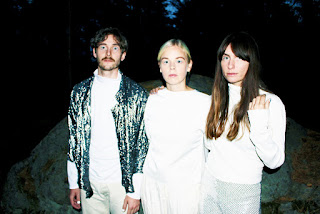 After returning earlier this year to release their captivating single ‘Missit’, Swedish dream-pop outfit Hey Elbow are back once again to share another wonderfully broad and ethereal offering, ‘Nurture/Aptitude’, lifted from their forthcoming full-length ‘WE THREE’.

Created around a loop the band recorded by mistake, ‘Nurture/Aptitude’ sees the group deliver a wonderfully warm and enticing return that manages to juggle deep and emotive atmosphere with a cacophonous symphony of drums and synths. Taking cues from their usually sweeping output, this newest cut sees them showcase a bright and energetic direction as they look to ready us for their highly-anticipated third album ‘WE THREE’, arriving on the 18th September via Adrian Recordings..

Speaking about the new release, the band said, "’Nurture/Aptitude’ is a somewhat catchy track coming from us. The song is based on a loop that we recorded by mistake in the rehearsal place. It was a vocal harmony that by accident was cut to a super short segment at the same time as a coffee cup crashed into a microphone. We can’t really remember but the loop disappeared and we panicked. A few months later in the studio the loop suddenly appeared and we could include it on the recording. It is a pop tune but needed a frame. We did a longer intro and an ambient outro. So it became an Hey Elbow song. For the impatient listener, we also did a convenient but lazy edit.” 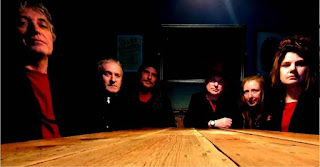 Since writing the last Sergeant Buzfuz album, 2015's "Balloons For Thin Linda", songwriter Joe Murphy has lost both parents, got married, been a victim of a smear campaign (as a whistle blowing union rep), co-founded charity QQF (a theatre company for adults with special needs) and relocated to his native Sheffield.  Joe has also continued to co-run Blang, the DIT* label he started in 2005 (including working on the first album from ex-Fall members Brix & The Extricated) and has worked part-time in special needs schools in London and Sheffield to fund the recording of "Fox Pop" (out 3rd July).

"Balloons For Thin Linda" received positive press but life events got in the way of much live promotion. The band recruited Joss on bass, Stu on slide guitar and Polly on backing vocals and released the "Humble Pie" EP in 2017. The debut album from the new line-up is finally here. It's the seventh Buzfuz album. It's got tunes bursting out all over the place, lyrics from the head, heart and fist and is rich in variety with two-minute pop songs, ballads, post-punk, freakbeat and strands of the band's Celtic DNA.

Opening track ‘There’s Idiots, Then There’s Idiots With Money’ “is about me imagining I'm attending one of those Mansion House dinners where the Chancellor gets summoned to report to the City.” Says Joe. It’s a stomping working class anthem that quickly gets under the skin with intricately woven shuffling guitars and percussion that make way for a psychedelic flute solo. Second track ‘Theresa McKee’ is a refreshing lively blast of pop peppered with mandolin and acoustic guitar, showing off the band’s more folky roots with finesse.

Other album highlights include ‘Who Art In Seven Hills’, a clever and humorous re-work of The Lord’s Prayer replacing names and places with those of Joe’s native Sheffield (a la Ian Dury's Bus Driver's Prayer). The interlude makes way for the jollity off-kilter harmonies of quirky ‘Rare & Racy’, a busker-esque jam about a second hand record/book shop in Sheffield which had to close when the Council, having to obey new Tory Government planning laws, approved the property owner's plans to turn the building into flats.

‘Fill In The Blanks’ and ‘Rear View Mirror’ are other great moments of raw and instantly familiar catchy classic punk on this album which celebrates real lives and real musicianship through the band’s own unique lens. The album, with its Squeeze & Kinks like anti-folk chant singalongs and storytelling is a perfectly crafted antidote to chart pop, Brexit and the current state of the world. It’s fun and meaningful and a constantly surprising delight from this band who are well sewn into the fabric of the UK music scene.

Buzfuz have played three live 6 Music sessions for Marc Riley and Tom Robinson and had lots of radio support from Gideon Coe as well as press acclaim across the board including from the likes of NME who described them as ‘Universally Charming’.