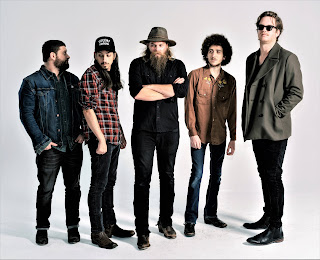 Robert Jon and the Wreck - Last Light On The Highway (Album).

Unless you have quarantined yourself too long and too isolated you must at least have heard of Robert Jon and the Wreck. With 8 albums and an impressive live reputation under their belt we are very proud to be part of their team now and to be distributing their latest rocking masterpiece across Europe.

Official release date for CD and Vinyl release through retail is July 19 and rightfully so the media have already received the album with unprecedented praise and airplay.

All you want from great music is there: the songs, the playing, the singing and the production. And then to top things off for Robert Jon and the Wreck there's this soulful Southern groove.

Their 9th European tour is still scheduled for September and we will cross our fingers for that, but at least we can now get our shot of Southern Blues from one of the hottest bands in Southern Rock and their album "Last Light On the Highway". 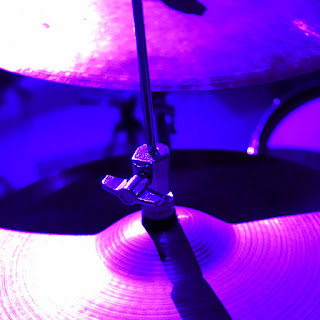 Second single from a session that ElectroBluesSociety did with Dutch singer Karin Roerdink; and again a cover version from a famous Amy Winehouse song.

KuvVer Records is a sub label from Black and Tan Records. Specially created to release refreshing cover versions of well known songs in any musical style.

This track is released digital only and available on all the download and streaming platforms. 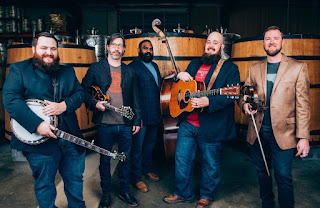 Unspoken Tradition - At the Bottom Again.

There is something unique in the way that musical forms reflect the changing cultures from which they emerge, and few artists better illustrate the dynamic than western North Carolina’s Unspoken Tradition, whose acclaimed 2019 release, Myths We Tell Our Young, tapped into both the restlessness and rootedness of their native soil with songs like “Dark Side of the Mountain” and “Land” and prompted Bluegrass Unlimited to describe them as a group “at once part of the tradition and shapers of a new sound.”

Now the quintet is back with an even more adventurous approach, beginning with a new single, “At The Bottom Again.” Written by Justin Carbone and producer Jon Weisberger, the song offers intense foreboding through a lovelorn lyric and insistent, ominous chords and rhythms, with only a brief pause for contemplation before returning to an intense, yet irresistibly catchy final chorus. And though it tells a personal story, the theme of an unexpected downfall resonates with today’s headlines.

The single also introduces a newcomer to the Unspoken Tradition lineup, as veteran bassist Sav Sankaran — with a distinguished performance and recording resume — supplies dog whistle high tenor harmonies to the powerful and familiar lead vocals of founding member and guitarist Audie McGinnis. Established members Zane McGinnis and Ty Gilpin drive the pocketed groove on banjo and mandolin and fiddler Tim Gardner’s aggressive fiddle and baritone vocal give “At the Bottom Again” its emotive power.

“Bluegrass music is a powerful combination of Anglo-Celtic fiddle music and Southern African-American blues. During tough times, times of uncertainty and times of hardship, blues music has been a vehicle for expressing pain, and 'At the Bottom Again' leans heavily on that tradition. We wanted to bring all our intensity to this song, and it reflects the emotions we all share when things get off track and take unexpected turns,” adds Gilpin.

“This song has all the elements of a quintessential Unspoken Tradition track — a hard-driving groove, soaring vocals, and perhaps most importantly, a relatable, heartfelt storyline,” notes Sankaran. “With Jon producing, Audie and I could really dig into the motivation behind the lyrics with the benefit of the songwriter’s perspective to guide us, and the guys did an amazing job of combining technical prowess and musicality to add some incredible instrumental breaks.”

“The band has always been super selective when deciding what to record,” Audie McGinnis adds. “So when we heard ‘At the Bottom Again’ there was no question. The lyrics tell a story many of us know all too well, and I personally love the chord changes and moves in the song. I think our excitement and eagerness to play it show through on the recording — it’s got just the right amount of grit!”