Ahead of their next album The Northern Belle have released 'Late Bloomer'. Written as an examination of personal relationships, the new album by The Northern Belle is aptly titled We Wither, We Bloom. The Norwegian septet is among the pioneers of the nordicana scene that has been gaining momentum in the US the last few years. Fronted by prolific singer-songwriter Stine Andreassen (also of folk quartet Silver Lining) and armed with pedal steel, slide guitar, lush harmonies, a string quartet and their secret weapon, the Norwegian Hardanger fiddle, The Northern Belle have developed their own unique brew of pop-oriented americana and folk music. Imagine Fleetwood Mac fronted by Jenny Lewis in a country mood.

Brimming with melodic tunes and clever lyrics, We Wither We Bloom is the band's third studio album, albeit the first to be released internationally. Having made the difficult decision to quit her day job to pursue music, Andreassen and The Northern Belle received widespread praise and a Spellemann nomination (Norwegian Grammy) for the 2018 album Blinding Blue Neon. In the spring of 2019, Andreassen traveled to Nashville for three months to write the follow-up. The welcoming and thriving music scene found east of the Cumberland River sparked a creative songwriting spell that resulted in this inspired collection of tracks. The distance from home allowed for new views on friends, family, love, loss and homesickness, resulting in the band's most personal album to date.

Constantly evolving as a band, The Northern Belle’s sound in 2020 is inspired by contemporary acts such as Erin Rae, Kacey Musgraves, Phoebe Bridgers and Marit Larsen, as well as legends such The Beach Boys, The Byrds and Glen Campbell. All resulting in a record that pays tribute to its inspirations while also showing true originality. 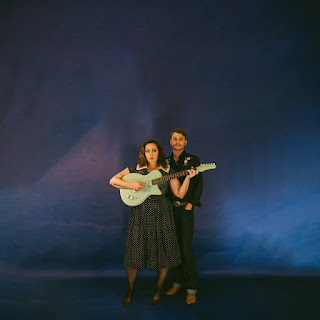 Surf-western music is a vigorous elixir - blending spaghetti westerns with rough-edged, honky-tonkin’ classic country. Atlanta-based duo Andrea & Mud draw upon genre stalwart Junior Brown, who coined the “surf-western” term, into their own special mix, tossing in heartier blues stock ala Shovels & Rope. Their songwriting is uniquely potent, and with their new album, Bad News Darlin’, they extract parts of themselves to cope, mend, observe, and grow.

Consummate storytellers, Andrea Colburn and Kyle “Mud” Moseley bury their instruments and melodies in the earth’s dusty shell. Each song is soaked in style, immersive and heightened like a Quentin Tarantino soundtrack 一 think Kill Bill or Once Upon a Time in… Hollywood.

These 11 tracks are ragged, transportative, and electric. “Birmingham, AL 8:30 AM” is a bluesy, late-night swiller, as they tie together a real-life story about a debaucherous night in the Yellowhammer state that carried on well after sunrise. Then, a song like the boot-scootin’ “Used Car Salesman” depicts a tale about a greasy, sleazy salesman and his hooker. With “I Ain’t Home,” they bite 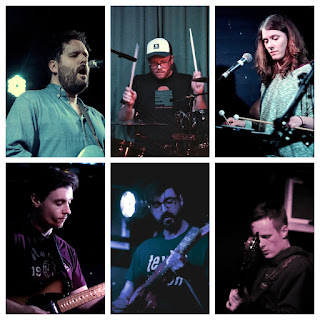 The band says: "As well as being lucky enough to have Dan Lambton (singer of Real Friends until very recently) on a track, we are also super lucky to have the songs recorded by Steph Carter in Watford (guitarist in Gallows), produced and mixed by Neil Strauch in Chicago (who has worked with Owen, Owls, Joan Of Arc, Iron & Wine, Slow Mass) and mastered by Zach Weeks in Massachusetts (at Kurt Ballou's GodCity Studio), with artwork by Dylan England (of the band Del Paxton)."

"We met Dan through Instagram after he tagged us in a photo of a tattoo he had just got of the artwork from our debut album and some lyrics from our song "Ontario". This obviously blew our minds! We met up at the Real Friends show at The Electric Ballroom in London and he was the absolute best host and kindest man. We stayed in touch and we are so honoured to have him sing on this."

"Neil Strauch has recorded so many of our favourite albums and it's been a dream having him long-distance-produce these songs for us. Paul from The LP Cafe was doing an Audiotree session in Chicago last year with Nervus and Neil happened to be mixing it, so Paul gave him a copy of our debut album and then the rest is kinda history!" - "These two songs are also the first to feature our new vocalist Blue Jenkins who joined the band in February."

"Warning Signs features another guest vocalist Ed Hutchinson from the legendary Watford hardcore band Incoherence, helping out with those screams at the end! We're excited to be working with Know Hope Records for this 7" and also for our second album which is due out next year. We're huge fans of Vinnie Caruana, Sleep In, String Machine and all the other great bands on that label and the guys there are super nice."