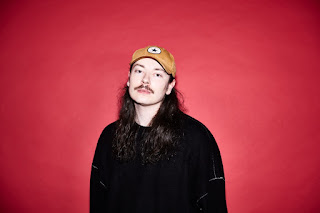 Trunky Juno warmly greets us with new single ‘Serial Killer Vibes’, a lovely slice of upbeat acoustic technicolour-pop crafted in his basement studio in the North East of England. The song expands on his already eclectic repertoire by dressing up an anxiety fuelled lyric with Trunky’s trademark charming melodic hooks and balmy tones.

Lyrically ‘Serial Killer Vibes’ is the musical equivalent of meeting a fist bump with a handshake, then calling someone the wrong name before accidentally insulting their mother whilst verbally digging a hole that seems to get deeper and deeper with every word. And even though this incident happened four years ago, its 3AM and you haven’t slept because you’re still thinking about it, asking yourself “why did I say that”. Distil all of that down into a song and you get ‘Serial Killer Vibes’.

Talking about the song, Trunky says: “'Serial Killer Vibes’ is a track that haunted me for a long time because I knew there was a good song in there, but I just couldn’t figure out how to present it in a way that allowed anyone else to see it too. It’s not really a song about serial killers at all, it’s about perspective, living inside your own head and trying your hardest not to be weird when you just are. It's an ode to painfully awkward exchanges, which is going to become very relatable once we all start trying to interact with each other again.” 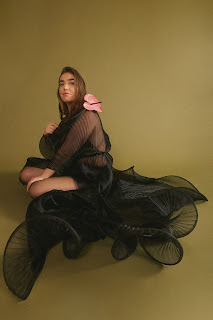 Montreal-based singer-songwriter, Meggie Lennon is today sharing her new single, "Night Shift" which arrives as a radiant psych-rock intro to her debut album, Sounds From Your Lips – out July 9 via Mothland – which she's announcing in tandem. Lennon, who previously lead the award-nominated Quebec-based band, Abrdeen, is also sharing the Marielle Normandin Pageau-directed video for the new track – watch here.

The debut album arrives produced by Samuel Gemme (Corridor, Anemone, The Brooks) and features the guitar-playing of Elephant Stones’ Gabriel Lambert as well as additional contributions from her longtime friend and collaborator, Jules Henry (Super Plage). Seamlessly fusing the worlds of late 60s and early 70s psychedelia as she subtly harnesses the energy of artists like The Byrds and Tyrannosaurus Rex (later T-Rex), with early 2010-era acts such as Melody’s Echo Chamber, MGMT, and Beach House, the album, described by Lennon as "make-out dream-pop," oozes this glowing sense of optimism.

Tracks on Sounds From Your Lips flow with a breezy, laidback energy, marrying warm percussion with finessed bass lines to summon these tar-thick, sultry grooves. This lead single and album-opening track, "Night Shift", comes part-inspired by late nights coming home from bars in Montréal; sonically it works as a fitting intro for the record, demonstrating an equal balance of dreamy synth verses and a devastatingly beautiful crescendo towards the end.

Speaking about the single, Lennon says: "The first part of the song came to me while cycling home back from L'Esco after a wild night. I was on a Bixi and the streets were completely empty. I was riding fast through the night and it felt both meditative and exhilarating – this feeling is reflected in the dreamy verses and then heavier guitar crescendo at the end. When we got in the studio, I laid the lead track on the Wurli and it all came naturally. The second part, "take a glimpse outside," came while doodling on the synth. We were in the studio without windows but we both went outside and the sun blinded us, the lyrics were inspired by this."

First introduced to Quebec audiences as the leader of indie-pop/rock outfit Abrdeen, with which she released the Endless Dreams and Dreamlike Mornings EP (nominated at GAMIQ) in 2017, Lennon promoted her music throughout the province, sharing the stage with the likes of Good Morning, Elephant Stone, The Dears, Julie Doiron, Sugar Candy Mountain and Laura Sauvage. Alongside shows with up and coming names in music, Lennon performed at the likes of POP Montreal, M for Montreal and FME, as well as lending her soft voice for collaborations with Debbie Tebbs, Lucill and Super Plage. 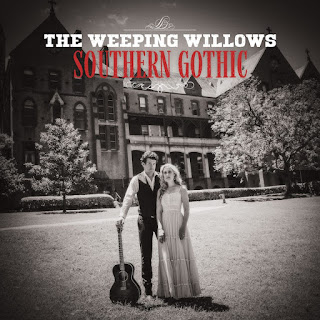 The Weeping Willows have long revelled in the darker musical traditions of the American South, populating their songs with figures desolate, desperate and doomed. It’s a penchant given its clearest outing yet with the pair’s glorious “Southern Gothic” EP.

Equal parts ornate and austere, “Southern Gothic” finds The Weeping Willows delving ever deeper into the Gothic grandeur of critically acclaimed second album Before Darkness Comes A-Callin' (2016) and serves as yet another unmissable glimpse into the duo’s highly anticipated third studio album, due out next year. “Southern Gothic” is our across digital platforms Friday 4th June 2021.