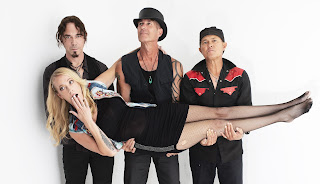 Midnight Clover is an up-and-coming alternative rock band who consider themselves to be innovators in their genre. Brimming with talent, Midnight Clover’s alternative rock provides a refined version of the popular genre, as if their music is an ode to the classics while simultaneously being full of innovation. With their second studio album titled ‘FloW’, Midnight Clover has certainly exceeded the expectations of fans worldwide.

Midnight Clover formed around 7 years ago when guitarist Johnie Stomp encouraged Amber ‘Clover’ Corby to sing. She taught herself how to structure songs and even helped recruit the band bassist Roman, and band drummer Jimmie. The rest is history.

The Las Vegas-based band released their debut record, Turner, in 2016, and have previously also released two EP’s titled ‘Lovage’ and ‘Never Bring Me Down’. ‘FloW’ features eight tracks and was recorded at June Audio Recording Studios in Provo, UT.

Gaining inspiration from influential bands like Led Zeppelin, Midnight Clover aims to harness the lyricism that would propel them to greater heights. Such lyricism can certainly be appreciated in the music video ‘Danny’, their first single off ‘FloW’. The video celebrates the ‘80s, and adds effects of dragons and various psychedelic backgrounds as the icing on the cake. 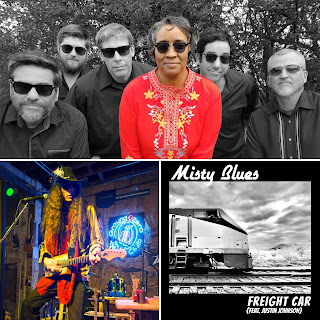 2019 International Blues Challenge finalist, Misty Blues, is led by lead singer/band founder Gina Coleman. The band is based out of Berkshire County, Massachusetts playing original and traditional blues with hints of jazz, soul, funk and tent revival gospel since 1999. The band has recorded with Charles Neville and Joe Louis Walker, and opened for contemporary blues artists like Tab Benoit, Room Full Of Blues, John Primer, Albert Cummings and Michael Powers.

In the summer of 1999 Gina Coleman was performing in the Williamstown Theatre Festival production of A Raisin In The Sun. That production featured the acting of Ruben Santiago Hudson, Viola Davis, Kimberly Elise and Gloria Foster. Coleman was cast as a gospel singer. Nearing the end of the show’s run, Ruben Santiago Hudson gave Coleman a cd collection entitled Men Are Like Streetcars. He told her that her voice was well suited for the blues and urged her to take that next musical direction. Coleman heeded his advance, and after 20 years, Misty Blues has stood the test of time. 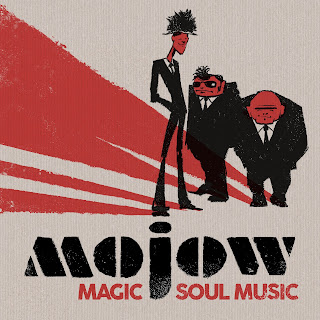 Armed by a symphony of songs melding and marrying together seamlessly, eclectic musical trio MOJOW is sending ripples in Rock, Soul, and Funk genres.

Chateau Landon, IDF/Pays de Loire, France — December 3rd, 2021-Driven to rock the world of listeners of Soul, Funk, and Hard Rock, MOJOW marks their return into the music industry, with yet another scintillating single. With their exciting original EP titled, “MAGIC SOUL MUSIC”, the band mixes together rhythms and beats seamlessly. With their characteristic use of the Baryton sax, MOJOW includes the musical prowess of the band’s lead vocalist and guitarist Nanex Crooner, complemented by Jean-François Guédon (Youl) on drums and Benjamin (Benjamin Kurpisz) on baritone saxophone, spinning magical rhythmic combinations. “MAGIC SOUL MUSIC” forms the band’s third 5-track EP, characterized by all that the French trio is good at and more.

On the crossroads of Rock, Funk, and Soul, “MAGIC SOUL MUSIC” marks the culmination of a journey that began in 2016, when Alex (Nanex crooner) offered Benjamin and Youl to try a new musical experience in a trio. The band’s musical compositions feature drums and vocals accompanied by the baritone saxophone which makes the bassline.

Taking on 2021 with their tantalizing and immersive Hard Rock music with the song called ROBOT, MOJOW’s latest release dropped on June 21, 2021, and highlights the band at their very best. Having already captured audiences at more than 30 gigs in France, the group is now looking forward to furnishing their EP’s physical and online album release with international digital distribution, radio, web, satellite broadcasts, etc.

“With Mojow you have something that belongs to you because there is a skillful mix of influences so that we say to ourselves: here it makes me think of such and such a group … well the next bridge we go back to another one which has chosen we do not expect”, says the journalist of radio france regarding their music.