Ahead of a massive tour throughout Europe and the US this Spring, Still Corners have released their seven-minute desert-noir odyssey, ‘Far Rider’.

With the sun at its peak a weary desert traveller picks their way across the soft sandy floor trying to forget a lost love or maybe a past best forgotten. Crystal clear guitar lines drift in and out as the bass weaves and snakes over a tight drum beat. Tessa Murray croons steady as a pulse, as the song winds like a caravan toward the orange horizon.

Tessa explains, “This song is about leaving, lost love and finding yourself somewhere on the journey, really it’s about redemption. I recently drove 6000 miles across the southwest to feel the sun on my face and think.  We used the dreamlike nature of the song to capture the landscape and a hypnotic feel to conjure up the long and lonely travel days.”

‘Far Rider’ follows on from the release of their recent single ‘Heavy Days’, and highly-praised 2021 studio album ‘The Last Exit’, which received standout reviews in NME, DIY, Uncut, The Quietus, Mojo and many more Still Corners will be heading off on tour in 2022 throughout the US and Europe to support their recent releases.

Elf Power - The Gas Inside The Tank.

Yesterday, the Athens, GA-based psychedelic folk band Elf Power announced they have signed with Yep Roc Records. To celebrate the partnership, the band released “The Gas Inside The Tank,” their first single release since 2017’s full length album Twitching in Time.

“‘The Gas Inside the Tank’ lyrically touches on seemingly separate but interrelated themes such as reincarnation, evolution, digital information overload, and an imagined post-apocalyptic future world of deserted cities in which inhabitants resort to siphoning gas from abandoned vehicles,” explains Andrew Rieger. “This was the first song written for an album we’ll be releasing later this year. It mixes organic and artificial elements together, with drums and drum machine mixed together, and slide guitar and organ alongside gurgling moog keyboards and synth bass.”

"We are very excited to be working with Yep Roc! So many of our friends and collaborators like Robyn Hitchcock, The Apples in Stereo, The Minus 5, and the No Ones have worked with the label, so we're looking forward to joining the Yep Roc roster,” said Elf Power.

“We are thrilled to welcome Elf Power to the Yep Roc Records roster,” said Yep Roc’s Co-General Manager Mariah Czap. “For the past 28 years, they've been such an important influence in the indie music community. Our team has known Andrew and the band since around 2004, as they've collaborated with a number of Yep Roc artists past and present over the years. We're excited to officially add them to our label family!”

Elf Power formed in Athens, GA in 1994 and have released 13 albums, two EPs, and a handful of singles, while touring North America, Europe, and Japan many times playing alongside acts like R.E.M., Flaming Lips, Dinosaur Jr., Neutral Milk Hotel, Guided by Voices, Arcade fire and many more. Albums such as 1998's Dave Fridmann-produced A Dream In Sound and 2008's collaboration with the late folk rock icon Vic Chesnutt, Dark Developments, have cemented the band’s reputation as the finest purveyors of modern melodic psychedelic folk rock around. The band became known as a member of the much heralded Elephant 6 Collective. 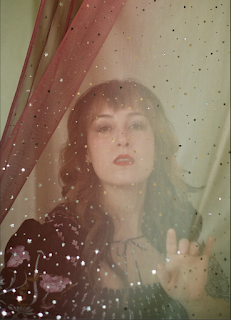 Clea Anaïs’ compositions centre on two things: their multifaceted artistic sensibility, and an emotional intelligence as sharp as a shard of bright-coloured crystal. Clea is a multiethnic artist, raised in Canada by a Mauritian dancer and a British painter.

Clea works with all kinds of interesting contemporaries in interesting places, undertaking a cross border commission in 2021 by the Canadian Consulate as part of the “Connecting Perspectives” initiative. Clea has toured in Canada, Japan, Europe, the UK, the USA, and New Zealand. Their session work spans many genres, having worked with Richard Reed Parry (Arcade Fire) on his project Music for Heart and Breath, attending residencies at the Banff Centre, and recording with bands like Woodpigeon, 100 Mile House, Reuben and the Dark, and Astral Swans. Clea has shared the stage with groups including members of Broken Social Scene, Dan Mangan, Unknown Mortal Orchestra, Cold Specks, City and Colour, and Of Montreal, to name a few. Much of this has happened with Clea’s collaborative band RALEIGH, who Alternative Album of the Year in the 2018 YYC Music Awards.

Now undertaking new music on her own, her debut solo album, Circle Zero, recalls the genre defying production and inimitable vocals of Lana del Rey, grounded in the nostalgic groove and lush pop stylings of Beach House and Japanese Breakfast. Clea’s first two self-released singles garnered 7k views each on YouTube, with “Hazy Days” spending multiple weeks on CBC Radio 3’s Top 10 playlist. Clea creates art that moves in interesting ways; throughout there are moments that are vulnerable and these moments move you because they are some special combo of being listenable, evoking memory, and feeling new. 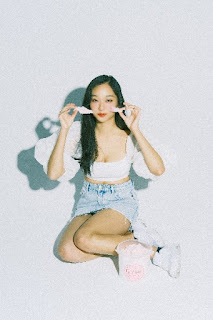 We are pleased to include Diandian today with the beautiful new song 'I'm Still Mi', we will let her tell us all about herself - Diandian is an Asian American cellist, singer, and engineer. As a Stanford University graduate of engineering and music programs, she uses her unique skills in the sciences and arts to create innovative pieces with the cello.

Formerly a classical cellist; she has previously won international competitions and performed at venues such as at the Bing Concert Hall at Stanford, The Grammy Museum, Tsuen Wen Town Hall in Hong Kong, Shanghai Concert Hall, Carnegie Hall, and the Los Angeles County Museum of Art for SoCal Sunday Night on Classical KUSC. Her upcoming tour venues for 2022 include the Grammy Museum, LAX, Dorothy Chandler Pavilion, and Stanford Concert Hall.